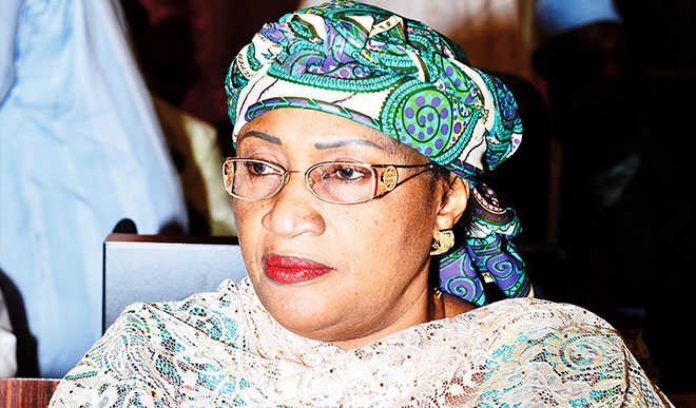 The Minister of Women Affairs, Aisha Alhassan, has resigned her appointment and also dumped the ruling All Progressive Congress.

Alhassan, who was the APC candidate in the Taraba governorship election in 2015 was appointed minister that same year by President Muhammadu Buhari.

The minister, a self-professed loyalist of former Vice President Atiku Abubakar who is a presidential aspirant on the platform of the leading opposition party – the Peoples Democratic Party – was on Thursday disqualified by the APC from contesting in Sunday’s governorship primary of the party.

The National Chairman of APC, Comrade Adams Oshiomhole, hinged her disqualification on her alleged disloyalty and anti-party activities.

Though Alhassan could not be reached on the issue, sources close to her confirmed that she tendered her resignation letter on Friday.

President Buhari is currently in New York for the 73rd United Nations General Assembly and no official statement has been issued on her resignation by the Presidency.