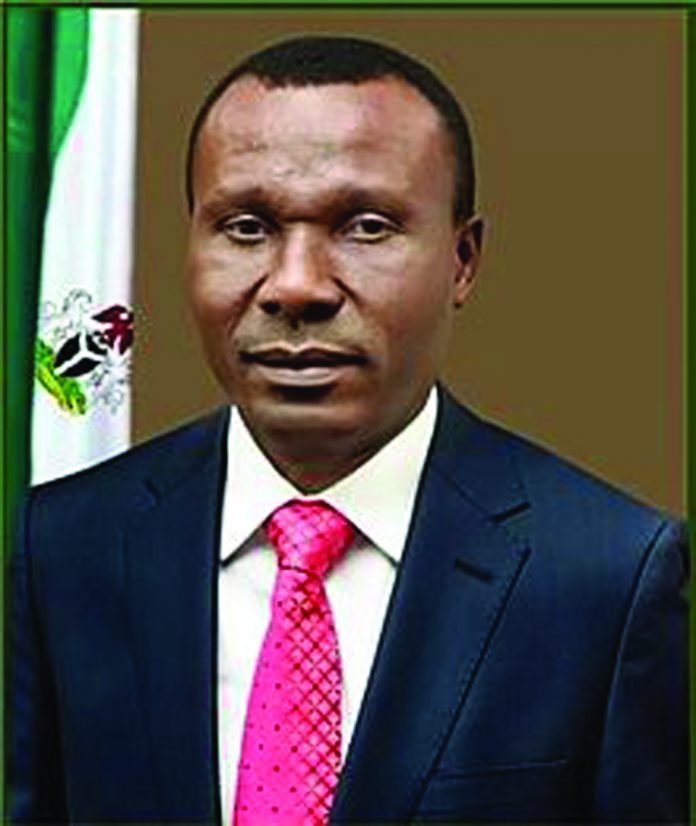 President Yar’Adua, on assumption of office introduced the Amnesty Programme, through which oil production returned to its pre-militancy level. There has been relative peace in the Niger Delta area since then. It is only in an environment of peace and harmony that development can take place. The Federal Government therefore, with an end to hostilities in Niger Delta Region, embarked on massive road and infrastructural development projects in the area.  One of such projects is the Bonny/Bodo Road project that traverses a large portion of some families (Houses) and villages in Bonny. Two families of significance in Bonny in terms of their population and land mass are the Brown Major House and Jumbo Major House. This 38 Kilometers road which will cost the Federal Government billions of naira will transform the area tremendously and bring a lot of economic benefits to the people but these goodies can only come in an environment of peace, harmony and conflict-free relationship among the people expected to benefit from the project.

A situation where the legitimate owners of the land have consistently called the attention of the Federal Government to the disruptive activities of some fifth columnists among them and some unresolved issues between the oil giant Shell Petroleum Development Company Limited and NLNG on one hand, and the land owners on the other, will definitely defeat the aims and objectives of siting the gigantic project in the area. We all know the dangers, risks and losses the activities of the militants caused in Niger Delta in the past. The Federal Government through the Federal Ministry of Works, the Office of the Attorney General of the Federation and Hon. Minister of Justice and the Office of His Excellency, the Vice President, is kindly and urgently requested to give serious attention to the budding and potentially explosive situation in Bonny LGA, before it escalate to very serious and life-threatening level.

In various publications in the past four weeks, there have been reports of protests and petitions by the youth of Bonny against the action of Shell and NLNG of not consulting the Jumbo Major House on their activities in the area. It was the late Basorun M. K. O. Abiola who often stated, “You cannot shave a man’s head in his absence”. Since the Jumbo Major House has a duly constituted committee it elected to handle all its affairs with Shell and the NLNG on its behalf, does it not make sense for the Federal Government, Shell and NLNG should deal directly with the duly elected representatives of the majority land owners, in this case the Caretaker Committee of the  Jumbo Major House of Bonny, led by Professor Jasper F. Jumbo. The publication of the Bonny Chiefs Council published in the Nation Newspaper of 7th September, 2018 which indicates that it is the appropriate body to deal with the Federal Government, the oil companies and the road contractor,-Julius Berger Nigeria on the road project, actually begs the question and calls for further action and enquiry by the Federal Government, oil companies and the road contractors, in order to avoid double or even triple expenses on the road with regard to necessary protocols and relationship with the host community.

Since there have been many agreements between Shell, NLNG and the Jumbo Major House since 1958, the non-implementation of which, gave rise to various legal actions in many courts, the most reasonable action to take in the circumstance is a peaceful negotiation on the issues in dispute with the true representatives of the land owners.

Professor  Jasper F. Jumbo, Chairman of the Caretaker Committee of the Jumbo Major House, the representatives of the land owners is an age long selfless and honest crusader for the rights and benefits of the people of the Niger Delta area.

As the Public Relations Officer in the Presidency in the early 1980s within the Office of the Special Adviser on National Assembly Matters, I was a witness to the sleepless nights Jasper Jumbo spent, shuttling from our office in State House Marina, Lagos to Dr. Pius Okigbo’s office in Lagos as well as his residence in Enugu, delivering loads of research documents on the pitiable state of the oil producing areas and the need to improve their lot.

Apart from being deeply involved in the processes that led to the establishment of both the 1.5% Mineral Areas Fund, the 1.% Ecological Fund, the defunct Oil Minerals Producing Areas Development Commission (OMPADEC) and the Niger Delta Commission (NDDC) Jasper F. Jumbo had assisted in transforming environmental practices in Nigeria leading to the establishment of various Ministries of Environment nationwide and the National Inland Waterways Authority.

When such a hero of Niger Delta struggle speaks, the Nation should listen as he is speaking and acting from many years of experience and deep involvement in the oil exploration activities in the Niger Delta area and their deleterious effect on the environment and people.

This writer once again, humbly appeals to the Federal Government of Nigeria and its directly-affected focal agencies, the Shell Petroleum Development Company Limited, the Nigeria Liquefied Natural Gas Company Limited (NLNG) and Julius Berger Nigeria Limited to have a comprehensive review of all the issues in dispute on this road project and other oil and gas projects in the Bonny LGA and “cement all cementables”, apologies to my late boss Dr. K O Mbadiwe and proceed with the road project and other development activities on Jumbo Major House and Brown Major House without any further threat to peace in the community and progress of the project.

––Ekpe, a former media aide in the Presidency wrote in from Abuja.