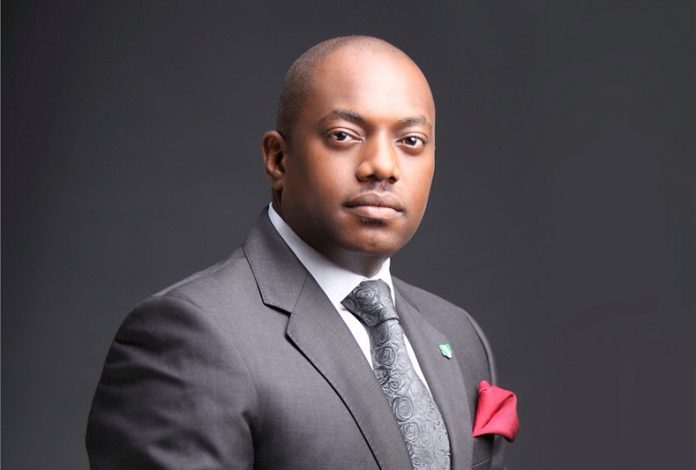 …I REMAIN COMMITTED TO ANN- OLAWEPO-HASHIM

A new twist was introduced to the mounting crisis that has engulfed the Alliance for New Nigeria (ANN) as the National Executive Committee (NEC) of the party declared the purported presidential primary by a factional as null and void.

The primary held on Saturday at the NICON Luxury Hotel in Abuja produced Mr. Fela Durotoye as presidential candidate with 240 votes, while Mr. Gbenga Olawepo-Hashim who had earlier publicised his withdrawal from the primary supposedly scored seven votes.

In a quick reaction, members of the NEC of the party disassociated themselves from the exercise by a faction of the party led by the National Chairman, Emmanuel Dania, saying it was against the party’s constitution. They postponed the presidential primaries of the party to Wednesday next week.

The party’s NEC members at a press conference in Abuja on Saturday said that the guidelines for the National Convention of the party must first be ratified by the NEC before the convention can hold.

They said that a meeting of NEC to ratify the guidelines would hold Saturday night, while the convention proper would hold on October 3.

Olawepo- Hashim, who also spoke at the press  briefing on Saturday said that he remained on course to clinch the party’s presidential slot, adding that some relics of the defeated Abacha dictatorship were threatening to hijack the ANN.

According to him, he and the party leaders would not abandon the structure of the party to the desperate elements whom he said are working for the ruling All Progressives Congress (APC).

He said: “I am in the race. I have only pulled out of the hurried convention of the ANN fixed for today, Saturday, purportedly to elect the presidential candidate. I am still in the race for 2019 by the special grace of God.”

Deputy National Chairman, Alhaji Yunusa, who spoke at the event noted, “The party believes in doing things right in line with the party constitution and that of the Federal Republic of Nigeria. NEC will hold to determine the date of the convention, adding that NEC members and 19state chairmen have already aligned with this decision.”

Kogi State Chairman, Hon. Sunday, who spoke on behalf of the 19 state chairmen and the NEC members, said: “The chairmen believe in following the constitution of the party. He also said that the guidelines for the convention were yet to be ratified, while logistics issues were also not sorted out. In view of that the chairmen have resolved to hold a NEC meeting late Saturday evening to ratify the guideline and also fix the convention for Wednesday October 3.”

Contacted on phone, Dania said it was regrettable that Olawepo-Hashim who he described as one of the valued leader of the party would seek to destroy that house that he built. According to him, “we have tried to appeal to him and work with us. Since he has refused, we have to forge ahead. I promised to deliver a party that is totally different from what we had in the past. That is what we are trying to do. We have been battling with a lot of logistics problems, that is why we did not take part in the elections in Ekiti and Osun states. Our focus is on the 2019 general elections and we get it right to offer Nigerians a credible alternative to the APC and the People’s Democratic Party (PDP).”

Some of the issues said to justify the postponement of the ANN Presidential Primaries to Wednesday, October 3 include the adoption of a credible list of delegates to be authenticated by chairmen and secretaries of each state, and the decision on the states who have held congresses and who are still omitted in the list of delegates, such as Kano and Katsina among others.

The others are decision on the status of women and youths of states who were excluded in the delegates’ lists, and the decision of the states that have not yet conducted their congresses, but are legally constituted, such as Abia, Adamawa and Gombe.

They jointly reinstated the determination of the party to truly remain a new platform for the revival of Nigeria. They therefore vowed to resist “the infiltration of desperate boy scouts and neophytes benefiting from diverted public funds.”

Pursuant to the more proper convention, the state chairmen are to hold a National Executive Committee (NEC) meeting Saturday evening to comply with “procedures and in the interest of laying a good foundation for party processes and programmes.”