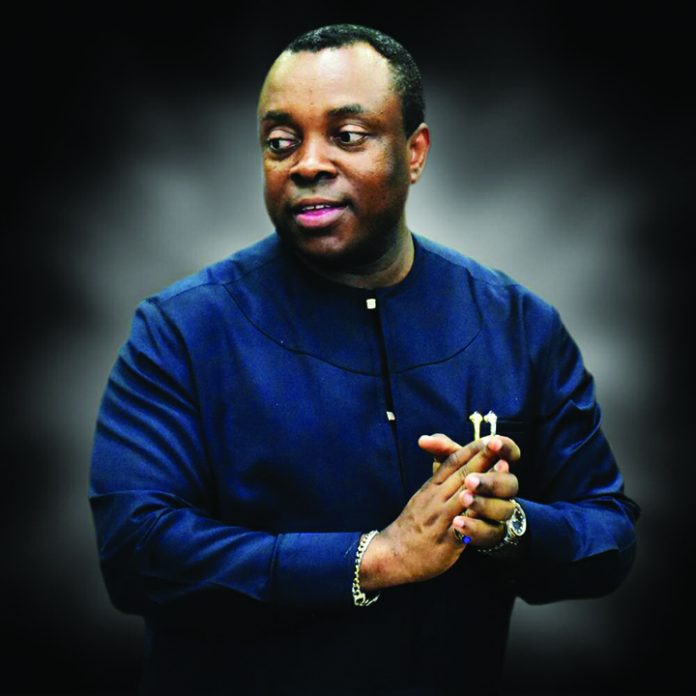 The number of aspirants eager to occupy the seat of leadership at Douglas House, Owerri, Imo State, is on the rise. However, the unserious are being separated from those with something to offer the people come 2019.

The Owerri Senatorial zone seems to be the centre of action and the All Progressives Grand Alliance which took over the mantle of leadership in the 2011 governorship elections in the state looks like the party to beat. There is a general consensus in the state that APGA leaders in Owerri zone should put their heads together to produce the next governor.

Interestingly, at the state level, there seems to be a lull in the activities of APGA aspirants as the train is now in Abuja. At the last count, 19 aspirants, mainly from the Owerri zone, had returned their forms. By next week, the party will publish the list of those eligible to take part in the primaries.

One of the key aspirants, Stanley Chiedoziem Amuchie, weeks ago resigned his appointment as a top management official of Zenith Bank to contest the primary under APGA.

Even as people are wondering why he had to leave his lucrative job in the banking sector where he has prospects of heading the corporate body to join the murky waters of Imo politics, Amuchie, a Chartered accountant, First Class graduate of Industrial Chemistry from the University of Benin and M.Sc. holder in Corporate Governance from Leeds Beckett University, UK says he has a burning desire to turn the state around for the better.

To Amuchie, APGA is not a political party but a movement, hence, he is offering himself to serve with 23 years financial management experience, insisting that the people of Imo State has to choose between light and darkness at this stage having witnessed one of the worst forms of governance in the history of the state.

The APGA aspirant believes that though it is not a do or die affair to aspire to the Government House Owerri, and even as there is an agreement that the people from Owerri should produce the next Governor and the contest between brothers, he wants the delegates to look at the capacity, mental ability, training and an aspirant who would be able to manage the finances of the state judiciously, “not the business as usual type.”

He said: “You must understand that the state has issues and it will take an experienced financial hand to tackle it head on.”

For Amuchie, Anambra State Governor, Willy Obiano, has shown what APGA leadership is capable of doing. Obiano has set a record of taking Anambra State to an enviable position in development. Amuchie vowed to win the state for the party if he gets its gubernatorial candidate ticket. He promised to serve the interest of Imolites if elected governor.

Amuchie said Imo State is in need of good governance which can only be achieved by voting in someone with requisite skills and experience to salvage the state from its pitiable condition.

“We must take a cue from Anambra State. They have gone far in terms of rural development. They have a template in place and whoever is coming in knows he can’t derail from the laid down plans. It is an ideal situation which other states within the region should follow.”

The governorship aspirant explained that APGA was the only political party which is founded in line with Igbo ideologies and will invariably meet the needs of Ndi Igbo. He condemned in strong terms the high level of infrastructural decay in Imo State, which has adversely affected the socio- economic growth of the state.

The front line governorship aspirant maintained that his aspiration to govern Imo is one born out of passion to champion good governance and make Ndi Imo better than they are today.

Interestingly, Amuchie wants to continue supporting the party and whoever wins the primaries to wrestle powers from the ruling APC Government led by Rochas Okorocha. “We must support each other. I want a brotherly contest but in the event that I don’t win – is not a do-or die affair – I will support whoever wins.”

He promised to address the poor working condition of civil servants in the state and as well restore the dignity of traditional institution.

Amuchie wants the APGA delegates to give him the ticket “because I have the good will to attract development to the state, I want to generate enough revenue for the state without going cap in hand begging the federal government. We have teeming unemployed youths, yet, we have vast land, very fertile for agriculture. I will also account for every kobo that comes into the state. We have to be transparent.”

On how he wants to return the state to its enviable position before the coming of Okorocha, Amuchie explained: “It will be a very challenging situation. The state of decay in the state is nothing to write home about. The roads are all gone, no proper planning while the quality of work is too low in standard

It won’t be easy but it could be better handled.”

The aspirants believes that he has enough goodwill and support of people from different religious bodies and all walks of life to surmount the challenges of presenting a model government to the people of Imo. “I have the goodwill. I have something to offer my people and want them to support me.”

On his relationship with the incumbent Governor Rochas Okorocha, he explains: “People are just using it to create confusion. I must be honest with you that I don’t know Rochas and he has never approached me. But for the fact that he is the governor of my state, I don’t know him and has no business with him as people claim. I find it funny when people say it.

“But if accused of being friends with the churches, I will gladly accept it .

I have several awards and recognition from different churches. I am also the Founder of Good Light Foundation. I don’t announce most of the things I do for people. But the truth is that I did not confine it within my area. With my experience, if given the mandate, I will do more God willing”.