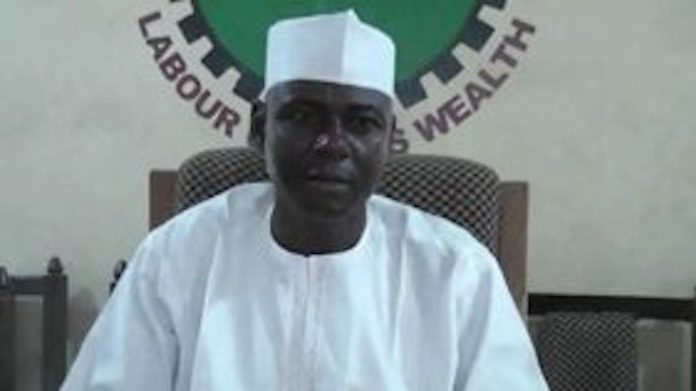 The Gombe State council of the Nigeria Labour congress (NLC) has cautioned its members against flouting directives from its national body over strict adherence to the nationwide strike the union intends to embark on from Thursday.

The Chairman of the state council of the union, Haruna Kamara, made the call while briefing newsmen Wednesday after an emergency meeting of the State Executive Council on the union’s seven-day warning strike expected to begin at the expiration of its ultimatum by 12:00 midnight Wednesday, 26th September, 2018.

He said the executive council has put mechanism on ground to ensure strict monitoring and total compliance to the directives and called on workers to stay at home to ensure that the directive is fully complied.

According to him, the Gombe State council has in its entirety endorsed the decision of the organised labour on the strike to press for its demand from the federal government to release the report on the tripartite committee on minimum wage and date of its implementation.

He said: “We have already set a mechanism on motion and this time around, the federating units, Nigeria Labour Congress, Trade Union Congress of Nigeria and the United Labour Congress made up of mostly people from the oil and electricity industry have come to terms, we have agreed to work together.

“I want to assure you that this strike will be a strike with a difference and there will be total compliance, both air, land, transport, banking, mainstream of the civil service and even road transport.”

The organised labour had met on September 12, 2018 and issued a 14-day ultimatum to the federal government to release the report of the tripartite committee on National Minimum wage and its implementation across the board.