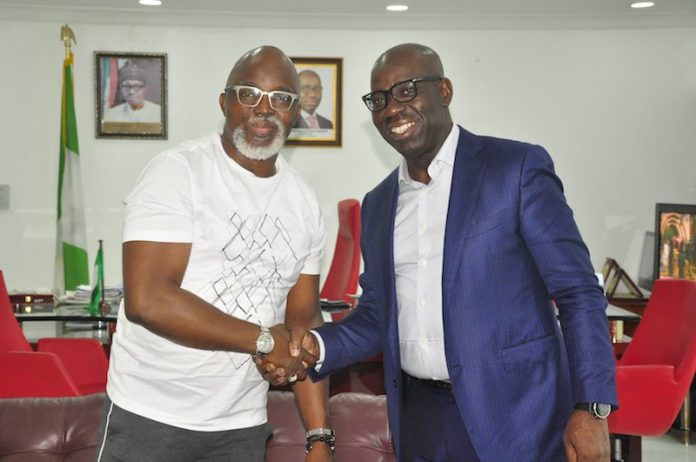 The President of the Nigeria Football Federation (NFF), Amaju Pinnick has commended Edo State Governor, Mr. Godwin Obaseki, for his initiatives in transforming the sports sector in the state.

This comes as Governor Obaseki has appointed Godwin Dudu Orume to act as the interim Chairman of the Edo State Sports Commission, pending ratification by the Edo State House of Assembly (EDHA).

Pinnick relayed his gratitude during a courtesy visit to the governor at the Government House in Benin City, Edo State, at the weekend.

The reelected NFF helmsman commended Obaseki’s administration for transforming the sports sector in the state, noting that the governor’s efforts will help in reclaiming the state’s stature as a destination for sporting activities in Nigeria.

He said, “Football is an integral part of the economy in Europe with huge revenue accruing from it. Edo State is moving towards that direction with the way this government is handling sports in the state.”

Pinnick said he was in the state to appreciate Governor Obaseki and his deputy, Rt, Hon Philip Shaibu for their support in his re-election bid as President of NFF.

“I am very grateful to Governor Obaseki, who played a major role and gave me all the needed support that led to my emergence as winner in the election held in Kastina State. The poll was supervised by officials of the Federation of International Football Association (FIFA),” he said.

He assured Governor Obaseki and his Deputy that if the contractor handling the Samuel Ogbemudia Stadium facelift deliver a good job, he will ensure that the Super Eagles play in the stadium in April, 2019.

Congratulating Pinnick on his re-election, Governor Obaseki extolled his leadership style, assuring that the Samuel Ogbemudia Stadium will be ready by January 2019, for the use by the national team.

His said his administration will do everything possible to ensure that the state reclaims its pride in sports as it was when it was Bendel State.

Deputy Governor, Rt. Hon. Shaibu commended Pinnick, assuring him of the continuous support of Edo State Government to ensure he succeeds in his second term in office as NFF President. 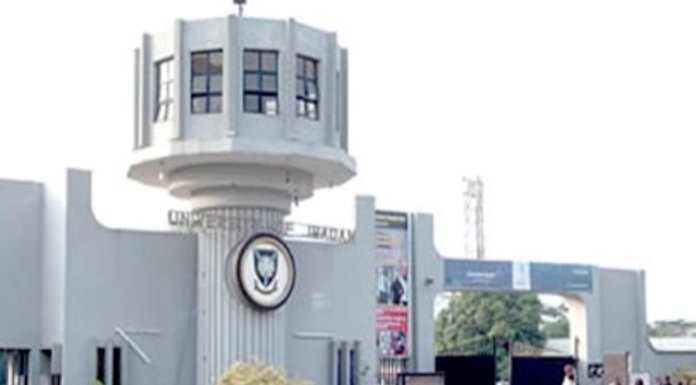