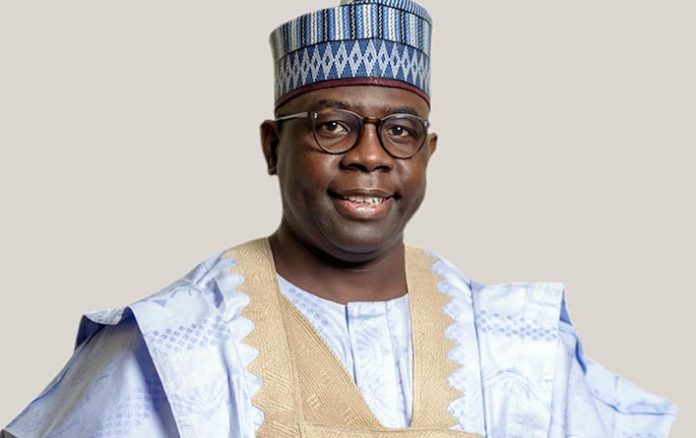 Governorship aspirant of the All Progressives Congress (APC) in Gombe State, Alhaji Muhammad Jibrin Barde, has urged delegates of the APC in the state to vote for him as their preferred candidate in the forthcoming governorship primary election because he represents peace, stability and progress not only in the party but to the entire state.

In a statement released by his media campaign office in Gombe on Monday and signed by Mr. Jonathan Justice, it stated that Dan Barde is convinced that power comes from God alone and he gives it to whom he wishes.

It added that to him, politics is not a-do-or die affair and he demonstrated this by being the only aspirant that visited all other aspirants and registered his intention to contest even before making it a public knowledge.

During those visits, the statement added that Dan Barde made it clear that if with their support, he emerges as the candidate; he would carry all of them along and subscribed also to all peace deals with a mutual understanding that he would support any candidate that wins the primary election in order to secure victory for the party.

The statement quoted Barde to have said that “: I have a firm belief that power comes from God and He alone gives it to whom he wills. I have, before making my intention known publicly, visited ALL other aspirants to formerly inform them of my intention to contest for the governorship. I solicited for their support if I emerge as a winner and assured them of mine if any one of the aspirants emerged.

“I also stand by the following four resolutions of all aspirants which include that “We will continue to meet as a group, we will not hold grudge against anyone, that we want and will form an APC government and that there is consensus that this can only happen if we build TRUST and confidence amongst all aspirants.”