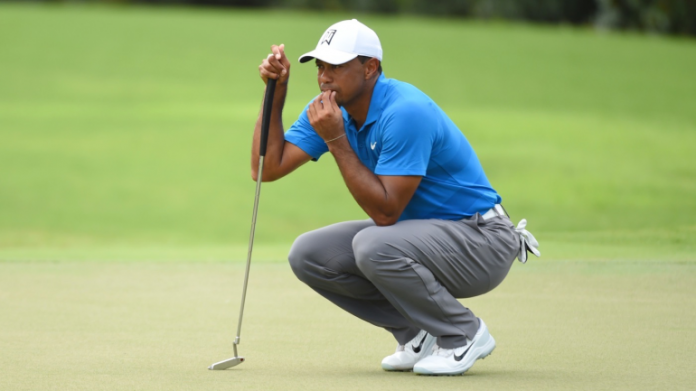 Former number one golfer. Tiger Woods has said that  he would “love” to claim his first victory in five years as the American takes a three-shot lead into the final round of the Tour Championship in Atlanta.

Woods carded six birdies in his first seven holes en route to a five-under 65 to improve to 12 under at East Lake.

“This whole season has been pretty remarkable considering where I have come from,” said Woods.

Woods’ last victory came 1,875 days ago in August 2013 when he won the WGC Bridgestone Invitational. He had his latest surgery in April 2017.

The 14-time major winner, who is part of the US team for next week’s Ryder Cup, has won 54 of 57 PGA Tour events when holding the 54-hole lead.

“I’ve got a three-shot lead. I’ve got a bunch of guys behind me that have been playing well and are playing well, and we’ll see what happens,” added world number 21 Woods.

The Tour Championship is the last of four FedEx Cup play-off events that determine the season-long champion on the PGA Tour, with a $10m (£7.6m) bonus on offer.

England’s world number one Rose would take the FedEx Cup title with victory in the season-ending event.

A high finish could be enough for Rose, with current points leader Bryson DeChambeau struggling on two over.

“It was crazy out there for sure, but it’s fun,” said 2013 US Open champion Rose, who played with Woods during the third round.

“It’s good to see him exciting the people. I think people maybe didn’t realise they missed Tiger until now he’s back.

“Now people really enjoy watching him play. And that’s why everyone is rooting for him, absolutely – except maybe for the other guys on the leaderboard.”

Northern Ireland’s McIlory will get the chance to partner childhood idol Woods in the final round having finished his third round before Rose.

“All I can do is worry about myself,” said world number five McIlroy.

“It’s obviously exciting for the tournament, it’s exciting for golf in general that he’s up there, but all I can do is concentrate on myself.”