He indulges in self-adulation as a bestselling author of “Facts Versus Fiction: The True Story of the Jonathan Years”. Reno Omokri, the self-acclaimed “tormentor of the All Progressives Congress, APC”, in his write-up titled: “Facts That Prove Oshiomhole’s Delusional” published in THISDAY, THE SUNDAY NEWSPAPER of September 16, 2018, turned a fact of history on its head and progressed in error in an attempt to drive the odious narrative that the National Chairman of the APC, Comrade Adams Oshiomhole, is inconsistent in his pronouncements. To be sure, the community of publicists, including Omokri, working both officially and unofficially for the former President, Goodluck Jonathan, has laboured very hard and unsuccessfully to pick holes in Comrade Oshiomhole’s claim that Jonathan introduced vote buying in the nation’s electoral system. On two occasions after the statement by Oshiomhole in a recent interview with Ladi Akeredolu-Ale on “Roadmap 2019” on Channels TV, ridiculous attempts had been made to diminish the magisterial verdict.

The first attempt by the spokesperson of the former president, Ikechukwu Eze, to extricate Jonathan from the morass of vote buying during the 2015 presidential election in Nigeria, in general, and in Edo state, in particular, fell through as he veered off the essential subject matter and resorted to the fallacy of argumentum ad hominem (attacking the personality of Comrade Oshiomhole) and petitio principii (begging the question).

Eze even took excessive liberty to insinuate that Comrade Oshiomhole was suffering from multiple personality syndrome while he failed to optimise the opportunity provided by his press statement to convincingly disprove the proposition that Jonathan actually introduced vote buying in the 2015 presidential election. It is understandable why he could not put up a convincing defence for his master.

Indeed, it was clear that Jonathan was desperate to win the presidential election and, therefore, he had to mobilise obscene amounts of money through the former national security adviser, NSA, Col Sambo Dasuki, retd., and the former minister of petroleum resources, Mrs. Allison-Madueke, to fund the criminal enterprise. The details of various amounts given to Jonathan’s campaign coordinators nationwide have become common knowledge due to the discoveries by the Economic and Financial Crimes Commission, EFCC. As matters stand now, a vast majority of PDP leaders who collected campaign funds, have been charged to court with money laundering and conspiracy to commit fraud.

In fact, that dispensation and the various cases in courts serve as evidence of sleazy deals by the Jonathan administration. For the avoidance of doubt, I quote the exact words by Comrade Oshiomhole in the Channels TV interview: “I cannot be chairman of a party and celebrate anything that tends to distort the actual wishes of the electorate. But if you want to trace the history of vote buying, it started with Jonathan’s second (term) attempt to be president with all due respect to him.

“In Edo state where I participated in the election as governor then, they turned out not just naira but also dollars. President Jonathan started this massive vote buying in Nigeria. I am one of those saying that we must do everything possible to eliminate vote buying. I was not in Ekiti; so, I cannot claim to be a witness to vote buying and I did not participate in any decision to vote money to buy votes in Ekiti….”

Comrade Oshiomhole was very clear as to the dispensation and intersection he was referring to. Indeed, he was referring to the 2015 presidential election. It was therefore disingenuous on the part of Omokri to use the medium of his column to propagate his misconception and misconstruction of the essential narrative and the subject matter in the context of the election under reference. There was nowhere, including my earlier response to Eze’s statement, that the 2012 Edo governorship election was referenced with regard to vote buying.

But Omokri’s impulsiveness denied him the due diligence that was required to put his reactions in a proper context. By failing to do so, Omokri has, through his fictive mind, fed a comedy of errors in the grand enterprise by him and his cohort to insulate Jonathan from vilification. Unfortunately, in the desperation to portray Oshiomhole as incontinently inconsistent, Omokri had called on and misrepresented the 2012 election in which Oshiomhole emphatically defeated the candidate of the Peoples Democratic Party, PDP, as the one in which Jonathan purportedly introduced vote buying.

Haba, Omokri! Comrade Oshiomhole had no issues with that election. In the 2012 governorship election, Jonathan was not on the ballot. Therefore, he was not desperate and did not promote vote buying. The principle of one-man-one-vote reigned supreme in Edo. And as an honest man he is, never afraid of his own voice, the Comrade publicly applauded President Jonathan for behaving like a statesman during that election by not allowing himself to be sucked into the dirty shenanigans of the local PDP in Edo State. And it is on record that Oshiomhole has not recanted on the encomiums he showered on the former president for his conduct during the 2012 Edo gubernatorial election. So those accusing him of being inconsistent had better re-examine themselves for the symptoms they are struggling to project onto the APC Chairman!

The election he had issues with was the 2015 presidential election which held on the same day with National Assembly election. Everyone in this country who had attained the age of reason in 2015, will easily agree that the lamb-like Jonathan of 2012 was very different from the sweaty and desperate one in 2015. And the reasons for that regrettable transformation were very obvious: his party, the PDP was in disarray with at least five governors officially splitting with the party; his candidacy had also split his party right through the middle; on the streets of this country there was popular angst against his weak leadership famously termed “clueless”;

internationally, his government was quietly being mocked; and at home, a formidable opposition in the shape of APC was preaching the acceptable message of change. In fact, in its desperation, the government got INEC to postpone the election under the guise of insecurity when apparently it was buying more time in attempt to claw back some chances and postpone the doomsday.

I make bold to say that several billions were deployed by former President Jonathan in the election nationwide, particularly in Edo to win in the state. Yes, he won and the PDP also won two out of three senate seats and five out of nine House of Representatives seats despite the fact that Edo was and still is under the control of the APC.

At that point, it beggared belief that PDP could achieve that feat in an APC state where the governor (Comrade Oshiomhole) had performed very well and had delivered democracy dividends to the people. Only vote buying, rigging and deployment of federal government machine in Edo could have produced that kind of results that were not consistent with reasonable expectations and voting behaviour. The good news, however, is that the anomalies will be corrected through a free and fair election in the 2019 general election and the APC is confident to win back the lost seats. 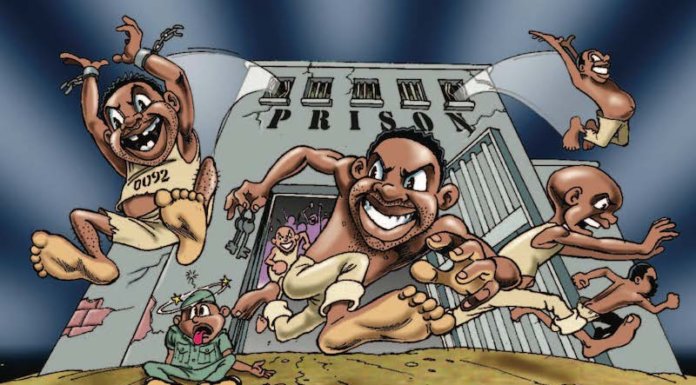