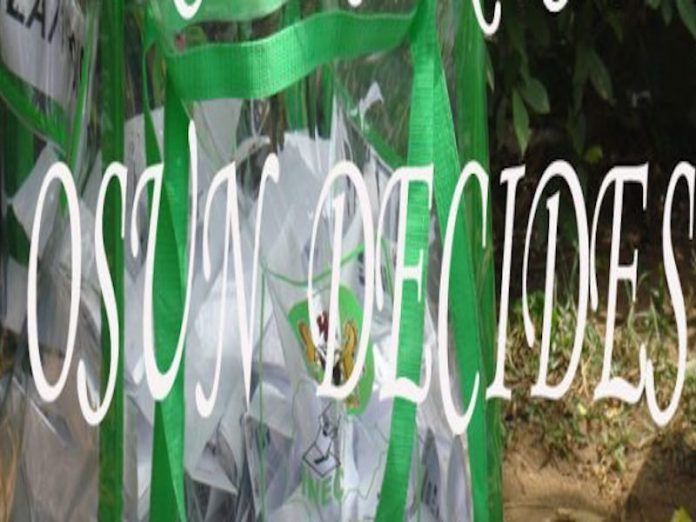 The All Progressives Congress (APC) has pleaded with the people of Osun State not abandon it at the stage of the rerun election for the governorship contest which was declared inconclusive by the Independent National Electoral Commission (INEC).

While reacting to the inconclusive result of Saturday’s governorship election in Osun State, the acting National Publicity Secretary, Mr. Yekini Nabene, said the party is appealing to the people to vote for its candidate in the rerun election since they are the ones to decide who will govern them.

Speaking on telephone with THISDAY Sunday evening, the spokesman said: “‘Our party must go back to the drawing board to see if it can get things right. Osun governorship election result is a big lesson ahead of 2019 and we have to restrategise. For now we are only begging Osun people to please vote for APC in the rerun election.”

APC said it believes strongly in the right of the people to decide who will govern them, adding that the wish of the people of the state will prevail in the end.

“We thank God for giving us another opportunity to go back to the drawing board. It has given us another opportunity to restrategise and reposition ourselves because if things have moved smoothly, we would have used that momentum to move into the 2019 elections but with this, it allows us to do a little change in what we are doing. More importantly, it has enabled us to remember that this time is when the people will decide who will govern them,” he said.

On the performance of the Independent National Electoral Commission (INEC), he said: “INEC has done a wonderful job, you can see that everyday that they are improving.”