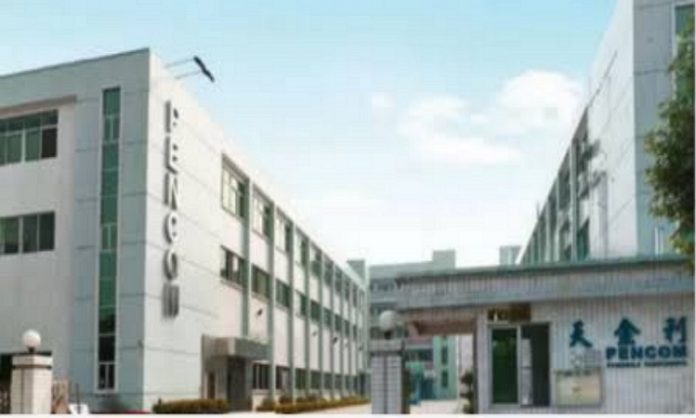 It is no longer news that hundreds of young men and women stormed the headquarters of the National Pension Commission (PenCom) a few weeks ago to stage a huge protest over what they termed illegal suspension of the employment of some 43 youth, whom they claimed were duly recruited by the Commission. They further aggrieved by the alleged resultant death of one of the newly employed, Mustapha Ajiya, due to inability to afford medical care.

The youth and the PENCOM Acting Director General, Mrs. Aisha Dahir-Umar have been arguing back and forth. For instance, the Acting DG has argued that she met a 19th April 2017 letter from the Chairman of the House of Representatives Committee on Federal Character, Hon. Ahmed Idris directing the Commission to suspend any employments. She has also alleged that the previous leadership of PenCom had quickly issued the letters of employment without first obtaining the Certificate of Compliance from the Federal Character Commission, FCC. This, she said, resulted in the Federal Character not approving the employments.

However, the protesting group, the Nigerian Youth for Change, have virtually torn her arguments apart with some plausible and rather convincing facts, adding that the employment was suspended by mere phone calls.

The group’s spokesperson argued: “She claims there was no Certificate of Compliance before the employment letters were ‘quickly’ issued. But we are aware that the said final approval was received by Hadiza Oninyangi as acting Head of Human Resources of PENCOM in March after which she signed the employment letters. Aptitude tests/interviews were conducted in December 2016/January 2017 and the Commission waited till March 2017 when the Certificate of Compliance was issued before issuing the appointment letters. And if Mrs. Oninyangi actually issued appointment letters without such approval, why has she not been investigated by the anti-graft agencies or sacked for close to two years now?

And to be fair to the youth, the FCC spokesperson, Mr. Abdullahi Idris, vindicated them when he told a national daily that ‘The FCC had no reason to order the cancellation of a legitimate recruitment process; FCC frowns at organisations, who after being duly issued with Certificate of Compliance will turn around to cancel same without genuine reason”.

As further argued by the youth, Aisha’s claim of federal character balancing does not hold water because you can only employ people who applied for jobs, met the criteria, and passed the interviews. And importantly, the statistics of the appointments shows geopolitical balance. Federal character balancing in terms of states is addressed over time, not in one fell swoop.

Another plausible argument by the youth was that even if the Chairman, House of Representatives Committee on Federal Character issued a letter directing that the 43 new employees’ assumption of duty be suspended, it was still illegal to suspend the already concluded employment on the strength of such letter. The purported letter was dated 19thApril 2017, but the recruitment was already concluded and appointment letters issued to successful candidates by March 2017. By then, the Commission and the newly recruited staff had already entered into a legally binding contract, which their employment letters represent. Besides, many of them, like the late Mustapha Ajiya, had already resigned their previous little jobs to take up the PenCom employments on the strength of that contract.

Equally sound is their argument that a letter from the Chairman of a House of Representatives Committee doesn’t represent a resolution of the House, which itself doesn’t even carry the force of law, although weightily advisory and persuasive. And where there is a House resolution, it is usually conveyed by the Clerk of the House, not a Committee Chairman.

From all intents and purposes, therefore, Aisha Dahir-Umar is rather clutching to straws to save her face and neck in the heat of the embarrassing youth protest since the inception of PenCom. One agrees with the youth that the employment suspension and rigmaroles were also possible because these are the children of nobodies, and sons and daughters of citizens without addresses, as it is said in Nigerian parlance.

But beyond the protests are the yawning leadership schism, rot, and impunity that have been the lot of PenCom under the leadership of the Acting DG, Aisha Umar, without a PenCom Exco and Board since April 2017.

While one may agree with the protesting youth that the Acting DG, Mrs. Aisha Umar-Dahir had been feeding the presidency, especially the Secretary to the Government of the Federation, SGF, Mr. Boss Mustapha, with the wrong information on the suspension of the resumption of the young recruits, that matter and other sad acts of impunity at PenCom also reinforce the need for quality corporate governance. They go to further buttress why labour leaders, including the former Vice President of the Nigeria Labour Congress (NLC) and General Secretary of the National Union of Textile, Garment and Tailoring Workers of Nigeria, NUTGTWN, Comrade Issa Aremu, have been lamenting the non-constitution of the PenCom Exco and Board for more than a year and half now.

In line with stakeholders’ position, Aremu had once advised: “President Muhammadu Buhari has to quickly, as a matter of urgency, give priority to the proper constitution of the board of PENCOM. It is completely unacceptable to working people, we the contributors to the scheme that a critical labour market institution without a board for almost two years. It is unacceptable that you now leave trillions naira pool of pension fund to be administered without a board. What happened to corporate governance?” So, whereas it is important that the Federal Government urgently intervenes and resolves the PenCom employment imbroglio, especially since creating employment, not rendering youth jobless, is at the heart of President Buhari’s administration, it is also very imperative that the presidency quickly appoints a competent hand from within the PenCom hierarchy to immediately take charge of the Commission, while it works to send the names of the already announced PenCom leadership nominees to the Senate for confirmation. This is even most expedient now that the country is close to another general election.

Stakeholders are already greatly disenchanted with the ugly situation at PenCom. Toying with a labour market institution like PenCom, which directly affects the wellbeing of the Nigerian workers/pensioners could boomerang.