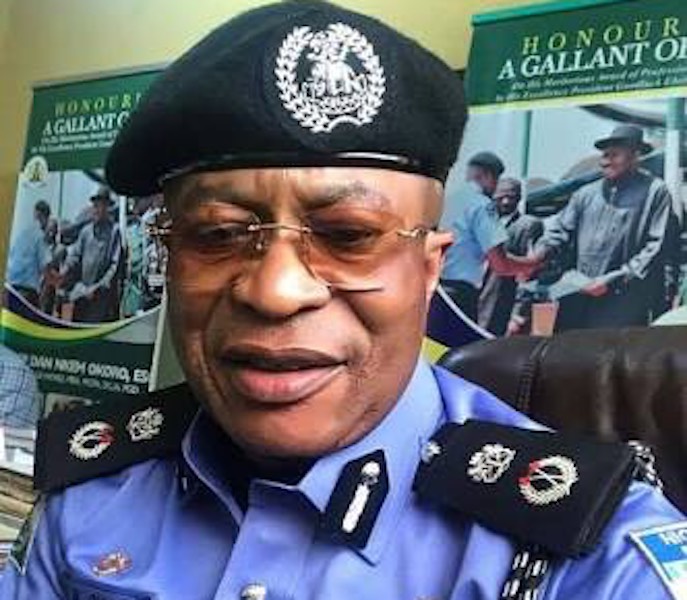 One Paulson Ogbonna, has been arrested by the anti-fraud unit of the Federal Criminal Investigation and Intelligence Department (FCIID), Alagbon, Ikoyi, for allegedly defrauding a young businessman of N92million.

Ogbonna, who is actually a Catholic Knight of St. John and parishioner at St. Timothy Parish in Ojudu Berger in Lagos, had allegedly presented himself as a senior army officer, who could assist his victim, a winer, recover about N77million owed him by his clients.

The victim, one Francis Obinna, a wine dealer, was said to have bought into the scheme and lost millions in the process.

The suspect had collected millions of naira as money for court processes with the help of a member of his syndicate, who he claimed was a lawyer.

Ogbonna also deceived the victim that he would give him contract to supply wines at all Army Officers’ Mess in Nigeria.

The suspect also lured the victim into a supposed importation of building materials with promises to provide links of military topnotch, who will award juicy contracts to him.

According to Police Commissioner Nkem Okoro, who paraded the suspect before reporters, Ogbonna used all available avenues to milk the victim of his money.

Okoro said: “The victim had supplied products to some of his clients worth N77million and it was difficult recovering the money.

“After several failed attempts over a period, a man who identified himself as a Brigadier-General in the Nigerian Army offered to assist him with the recovery and also get him registered with big companies, but ended up making various monetary demands until the victim could bear it no more.

“We had the suspect arrested and got a court remand order to detain him. We are investigating the matter and have invited his wife, as well as the woman who introduced him to the victim.

“His wife was invited because she’s a signatory to one of the accounts the victim paid money to and also a director of the company.

“We have also written the army and established he is an impostor. We want to be sure that it is not a syndicate and if there are financial transactions from the accounts the victim paid money into, to the woman who linked them up. If there are, we will trace dates and investigate reasons.”

The police boss warned those engaged in fraudulent practices to desist or face prosecution.

He said: “Those who engage in fraud-related activities must watch out. Those who hack accounts, intercept letters, emails from personal and corporate domains; those who are changing account numbers and addresses should stop forthwith or be arrested. We have the wherewithal to trace and track persons who are into these criminalities.”

Narrating his ordeal, Obinna said he made payments into Best Way Construction Company, Paulson Okechukwu Ogbonna, Icarl International Ventures, Peesab Energy Resources Limited, Lazarus Maduforu, Peesab International Investment Limited and other individuals at the instance of the suspect.
Obinna said most of the payments were made through mobile transfers, noting that the suspect usually objected and directed he sends someone to the banking hall to deposit the money.

“I knew him as a Colonel. It was Madam Chika, my client that introduced him to me. Months after I knew him, he said he has been promoted Brig-Gen and we celebrated it. I even bought things and took to his house for the celebration. I never knew he was fake.

“When we called him, he fixed a meeting at Bonny Camp but while we were on our way to Victoria Island, he called and said he had doctor’s appointment at Ikeja and that we should meet there instead.

“We met and he told me that as an army officer, he won’t be able to help recover a loan for me. He said he was a lawyer as well and that he would introduce me to a barrister friend of his and they will work together. Then, he told me to give them a list of all those owing me, the amount, their addresses and contacts, which I did.

“I did not suspect anything bad. In fact, I believed him especially because one of those very hostile customers, who have threatened me with a gun when I went to demand for my money started calling me to plead for time.

Other debtors were also pleading for time that my lawyer came to them with an officer. That was how I believed the man and I was just doing anything he said.

“From there, he started telling me how he will give me links to be supplying drinks to all the officers mess in Nigeria. Some people dressed in military camouflage used to come and load drinks and they will give me cheque. The whole thing was so real.

“He kept demanding money and I kept sending. It is just so difficult to run to people for help in Nigeria. If a 58-year-old man who is old enough to be my father can defraud me, I do not know if there is any hope for Nigeria. I am neck deep into debt. He has crippled my business and ruined my life.”

But Ogbonna denied defrauding the victim, claiming that he only tried to assist him with his business, register him as a contractor and help him obtain a license.
He denied ever representing himself as an army officer, adding that he was a civil servant at the Ministry of Defence, Moloney Street and was in the Department of Estate Management as a senior technical officer.