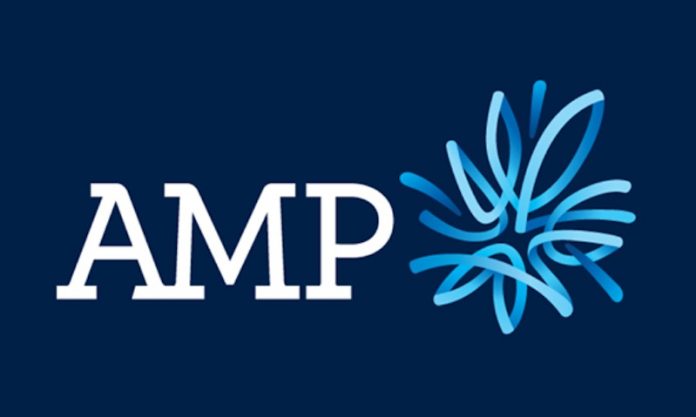 AMP has admitted to charging $1.3m in premiums for life insurance to more than 4,600 superannuation customers it knew had died, and admits the number of cases could be higher.
According to the UK Guardian, the royal commission heard on Monday AMP decided to investigate the matter in April after it heard Commonwealth Bank admit to the commission that its own financial advisers had been charging dead clients for financial advice.

AMP’s group executive of wealth solutions, Paul Sainsbury told the commission that company had identified 4,645 dead members who had been charged $1.3m in life insurance premiums since their death. The premiums have yet to be refunded.

Sainsbury said the investigation was ongoing and there could be more refunds owing to more members, and a number of group insurers could be involved.
Australia’s largest wealth manager reported the breach to regulators in June this year, two months after its investigation began.

At the time of its breach report in June it had identified 3,124 members affected, with $922,902 premium refunds owing. But those numbers have grown to $1.3m and 4,645 members affected.

AMP said “system errors” meant it did not stop deducting premiums for life insurance from dead members’ accounts or did not process premium refunds owed to them, despite being notified of their deaths.
The royal commission heard the insurer received an internal complaint in 2016 about its practice of charging insurance premiums to dead members’ accounts and stopping its charges only when a customer’s claim had been paid out. It did not report the breach at the time.

Counsel assisting Mark Costello asked Sainsbury why AMP started investigating the matter in April this year.
Sainsbury replied: “It was as a result of the Commonwealth Bank’s circumstances around premiums on deceased members. A question was asked inside AMP: ‘Could this happen to us?’ And that gave rise to a review which identified the issues that were subject of the breach report.”

Costello asked: “Do you accept that AMP’s conduct in respect of the charging of premiums for group life insurance where the member has passed away is conduct falling below community standards and expectations?”
Sainsbury replied: “Yes.”
Commissioner Kenneth Hayne asked Sainsbury whether AMP had been charging for something it was not entitled to charge for.

Sainsbury said: “Yes it has.”
The commission also heard that AMP has overcharged customers life insurance premiums by assuming they could be smokers.
One superannuation member was overcharged over $76,700, and AMP refused to repay him when he complained. The commission was told it was not an isolated incident.

During delinking, AMP will classify each customer depending on whether they are a smoker or non-smoker, so it can charge them different premiums.
Since 2006 it has had three classifications: a non-smoker category, a “delink” category, and a smoker category.

During the delink process, if a customer doesn’t specify that they are a non-smoker, they will be placed in the default “delink” category which assumes they could be a smoker and so charges them higher rates than the non-smoker category.

The customer who complained to AMP had been paying higher fees, as a potential smoker, between 2005 and 2013.
He had taken out $1 million in life insurance and was paying $2,600 a month as a possible smoker. His non-smoking premium would have been roughly $1,600 a month.
He said he had been unaware of the issue for eight years because AMP did not include his supposed smoking status on his annual statement.

Costello asked Sainsbury if he agreed it was unethical not to include a smoking status in AMP’s annual statements, but Sainsbury said he didn’t agree.
Sainsbury said: “Unethical, for me, would imply a blatant attempt to cover up something. When a member delinks into FLS, the welcome letter that they get, on the first page, contains an election for non-smoking to enable members to receive the benefit of that lower premium.”

The customer lodged a complaint with the superannuation complaints tribunal. He said a reasonable person could have expected to receive more than one notice about their supposed smoking status, given the huge differential.
The tribunal ruled AMP should repay the man $76,766.58c, plus interest.

Costello asked: “Did AMP pay those amounts to the member’s fund?”
Sainsbury replied: “I believe that would be the case, but I can’t confirm.”
On Monday afternoon, Allianz admitted to selling more than 2m travel insurance policies during a period when its website contained misleading and deceptive information, between 2012 and 2018. Thousands of claims have been made on those policies.

Allianz executive Michael Winter admitted the insurer’s customers had not been told about the issue yet, but said it planned to do so after setting up a remediation program.
Winter was also asked to return to the royal commission on Tuesday over “tensions” between his evidence and his original statement.

Elsewhere on Monday, another casualty of the royal commission was announced to the stock market.
National Australia Bank told shareholders its senior executive Andrew Hagger was leaving the bank after a decade in the job.
He received pointed criticism at the royal commission last month for the evidence he provided about NAB’s fee-for-no-service scandal.

“In its representations to Asic throughout negotiations in respect of the plan service fees, NAB acted in a way that departed from community standards and expectations,” the commission was told last month.
“NAB was not full and frank with the regulator in respect of the quantum of loss to members or the amount of expected remediation. The breach report did not inform Asic of the estimated quantum of remediation and NAB remained silent when Asic questioned whether the figures were accurate, which it may be inferred was for the purpose of minimising any reputational impact.