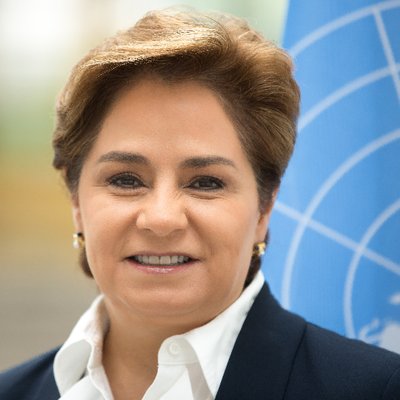 As calls grow for urgent and strong climate change action, the supplementary Bangkok (Thailand) Climate Change Talks closed on Sunday this week, with uneven progress on the guidelines that will tell the world how to implement the Paris Climate Change Agreement. The implementation guidelines are needed to unlock transparent and practical climate action across the world. Bennett Oghifo reports

The implementation guidelines on how to implement the Paris Climate Change Agreement have been under negotiation since 2016 and are set to be adopted at the annual climate change conference, COP24, to be held in Katowice, Poland in December.

The Paris Agreement’s provisions that countries are working towards operationalising include increased action to deal with the impacts of climate change and increased and transparent support for developing country action in the form of finance, technology cooperation and capacity-building.

Crucially, the provisions to be operationalised also include the goal of limiting global temperature increase this century to well below 2°C, while pursuing efforts to limit the increase to 1.5°C through transparent and ambitious emission reductions.

“In Bangkok, there has been uneven progress on the elements of the climate change regime that countries are working towards,” said Patricia Espinosa, Executive Secretary of UN Climate Change in a statement at the end of the Talks.

“This underlines the urgent need for continuing work in the coming weeks,” she added. “In preparation for COP24, it will be critical to achieve balance across all issues. This is important because all parts of the regime need to function together in an inter-connected manner.”

Countries have been grappling with how to reflect the contributions and responsibilities of developed and developing countries, given their different national circumstances.

Of key concern are items that relate to transparently and regularly communicating actions, as well as how to achieve full clarity on climate finance now and in the long-term.

According to Espinosa, “The Paris Agreement strikes a delicate balance to bring all countries together. We must recognise that countries have different realities at home. They have different levels of economic and social development that lead to different national situations.

“This needs to be reflected in the implementation guidelines of the Paris Agreement. This calls for a political solution, but time is running short. Leaders need to engage and help solve these issues well in advance of COP24.”

The statement noted that this year, the world has witnessed flood-related deaths, livelihoods wiped out by droughts and expensive infrastructure lost across large stretches of the developed and the developing world.

“Clearly, we need to increase climate action significantly. Clearly, fully implementing the Paris Agreement is the way to do this in a balanced, coordinated manner that leaves nobody behind. The secretariat stands ready to fully support countries towards this important outcome,” she added.

The officers presiding at the negotiations, as well as the current COP presidency held by Fiji and the in-coming Polish COP presidency have been working hard towards COP24.

“I want to express my sincere appreciation to the Presiding Officers, COP President Bainimarama and in-coming COP President Kurtyka for their strong commitment and hard work towards success at COP24,” Espinosa stated.

On progress made in Bangkok, the Chair of the Least Developed Countries (LDC) Group, Gebru Jember Endalew, said: “While there was a greater sense of urgency from countries coming into Bangkok, progress has been slow. There remains an immense amount of work to be done and only five negotiating days in Katowice before the Paris Agreement rulebook needs to be delivered. The effectiveness of the Paris Agreement depends on the delivery of a robust set of implementation guidelines. Nearly 300 pages of text need to be refined so that textual negotiations can begin on day one in Katowice.”

A key issue in Bangkok has been climate finance. Endalew said: “The Paris Agreement cannot be implemented without climate finance. Clear rules need to be agreed in Katowice to support developing countries taking climate action. The failure of rich countries to deliver adequate resources has severe ramifications for people and communities in the Least Developed Countries and around the world that are already bearing the brunt of climate change on a daily basis.”

Also, civil society organisations acknowledge that “while there has been progress on the negotiating text for the Paris Rulebook it has been uneven. Substantive issues on finance and differentiation, among others, still hang in the balance. To reach an ambitious deal in Katowice, which includes a strong rulebook, finance and stronger commitments to ambition, political leaders must talk to each in the next few months to infuse trust into climate discussions.
“Thousands of people in over 90 countries on every continent came out on the streets this weekend to demand that governments tackle climate change.”

The UN Secretary General António Guterres, according to itinerary released, was scheduled to make a plea to act on the climate crisis that is ravaging entire communities and hundreds of mayors, CEOs and citizens will pledge their commitment to the cause at the Global Climate Action Summit in California this week. The IPCC Report on 1.5C, which will feed into the Talanoa Dialogue, will heighten the drumbeat for action. This must be loud enough to spur the Polish Presidency to lead diplomatic efforts on all fronts as hosts in Katowice.