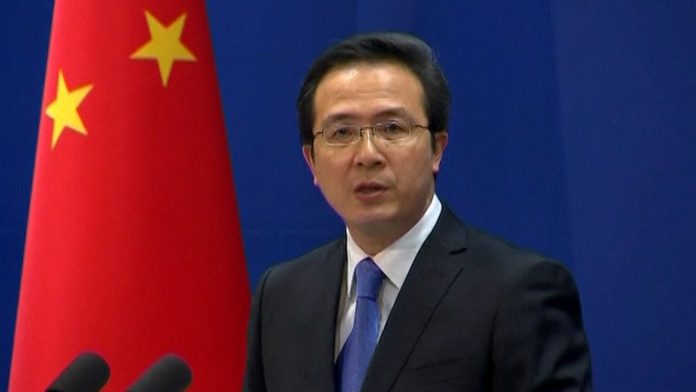 China has promised to retaliate if United States President Donald Trump goes ahead and slaps tariffs on $200 billion worth of Chinese imports.

Beijing “will have to take necessary counter-measures,” a Chinese Foreign Ministry spokesman said on Monday.

“The escalation of trade disputes does not meet the interests of either party,’’ spokesman, Geng Shuang said, adding that the Chinese government had proposed solving the trade tensions through negotiations.

Shuang was commenting on a Wall Street Journal report that Trump has already decided to raise 10 per cent tariffs on $200 billion worth of Chinese imports.

The official announcement of the tariffs could come as early as this week.

The U.S. and China have already imposed tariffs on $50 billion worth of goods each.

If Trump goes ahead with the new round of duties, about half of all of China’s imports to the U.S. will end up being affected.

Meanwhile, China’s stock market has dropped to the lowest level since 2014.

The Shanghai Composite Index dropped 1.1 per cent on Monday, after weeks of steady losses.

Trump said on Thursday he was “under no pressure to make a deal with China”.

“Our markets are surging, theirs are collapsing,” he tweeted.(dpa/NAN)