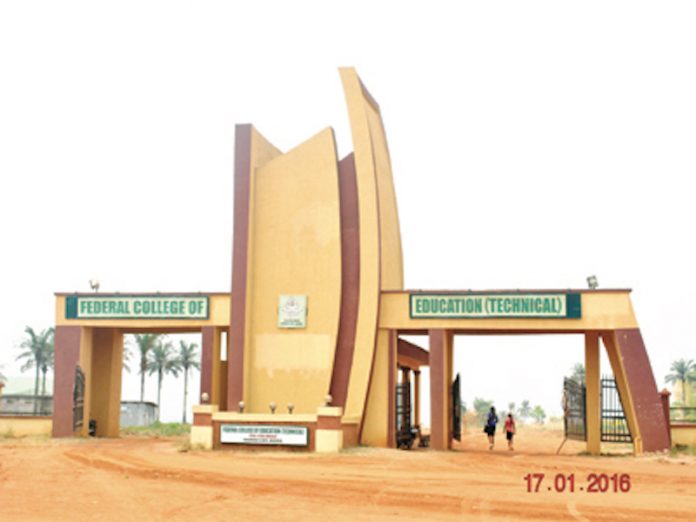 The management of the Federal College of Education (Technical), Umunze, Anambra State, has denied the rumour making the rounds that 16 girls were missing from a school it manages, Demonstration Secondary School, Eziagu, Anambra State following an invasion of the secondary school by armed robbers Saturday.

Rumours of the missing girls had spread through the state as the invasion by the hoodlums was said to have caused commotion in the hostel, causing students to scamper for safety, after which about 16 of the girls were said to have gone missing.

A source, who identified himself as a native of Umunze had told THISDAY that: “We woke up to the news of the invasion, and from what we were told, 16 girls cannot be accounted for after they ran away as a result of fear.”

But reacting swiftly to the rumour, the management of the Federal College of Education (Technical), Umunze, Anambra State, which manages Demonstration Secondary School, denied that any of the girls was missing as a result of the invasion.

Describing the rumour of the missing girls in a press release by Mr Sam Otti, the public relations officer of the institution, as outright falsehood, Otti confirmed that the school was invaded by some hoodlums, whose intent was to steal beverages from students of the college, but were quickly confronted, causing confusion in the hostel.

According to the statement, “The attention of the management has been drawn to a widespread rumour of 16 female students missing from our secondary school arm, Demonstration Secondary School, Eziagu, following a burglary incident on Saturday night.

“The management was alerted of an unfortunate incident where some hoodlums scaled the tall perimeter fence into the school premises and made their way into the hostels purposely to steal students’ beverages.

“The hoodlums were confronted by a porter and other staff on duty, who alerted the college security. The porter was injured in the process and is currently receiving treatment in a hospital.

“The commotion from the students in their hostels and efforts of the security men on duty forced the miscreants to escape from the scene.”

It stated that the DPO of Umunze police division and the monarch of the community have been alerted of the unfortunate incident, and the management of the institution has visited the school and ordered the College Chief Security Officer to reinforce security within the school premises, while more security officers have been deployed to the school for round-the-clock patrol.

The release further stated: “Management reassures the students and their parents of high safety standard of the school,” while assuring them that they will work closely with “all the relevant security agencies to unmask the identities of these hoodlums and bring them to book”.

The institution also appealed to social media commentators to demonstrate responsibility in their reportage and ensure that the public get only the true version of events.