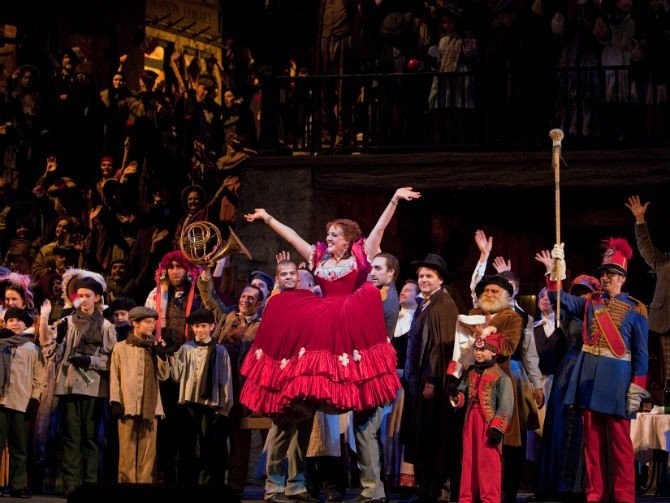 By Vanessa Obioha with Agency reports

For the first time in history, the Metropolitan Opera will begin performing Sunday matinees. The new change is a result of the ratified labour contract signed by members of Local 802 of the American Federation of Musicians (which represents the orchestra, music staff and others) and the American Guild of Musical Artists (which represents the Met’s chorus, singers, stage directors and others) which had previously prevented the orchestra from performing on Sundays.

The break in tradition is coming at a crucial time as the company has suffered decline in attendance due to the lengthy operas during the weeknights.

“It’s a real game changer,” Peter Gelb, the Met’s general manager, said in an interview with New York Times. “It will allow us to attract a new audience.”

The company already performed two operas on Saturdays and some employees, especially those with young children, were loath to lose their one remaining weekend day. So when the deal was initially reached last month by negotiators, management and labor agreed to keep the terms secret until rank-and-file workers had ratified the agreement.

Taking the employees affected by the change into consideration, the Met is offering wage increases that will generally amount to eight percent over the course of the three-year contract, as well as improved pension benefits, though workers will have to contribute to their health plans. The unions negotiated other provisions to help make up for the loss of Sundays off for workers who are particularly affected by the change.

The new schedule will take effect next year to 2020 season with about 17 Sunday matinees for 2019, and about 27 for the following season.

Besides the new Sunday offerings, the Met will make another radical change in its schedule: It will take a midwinter break in February, when ticket sales are generally at their lowest, and add performances in the late spring, moving the end of the opera season to early June from May. Those spring weeks are currently used by American Ballet Theater; Gelb said that the ballet would reduce its Met season to five weeks from the current eight.