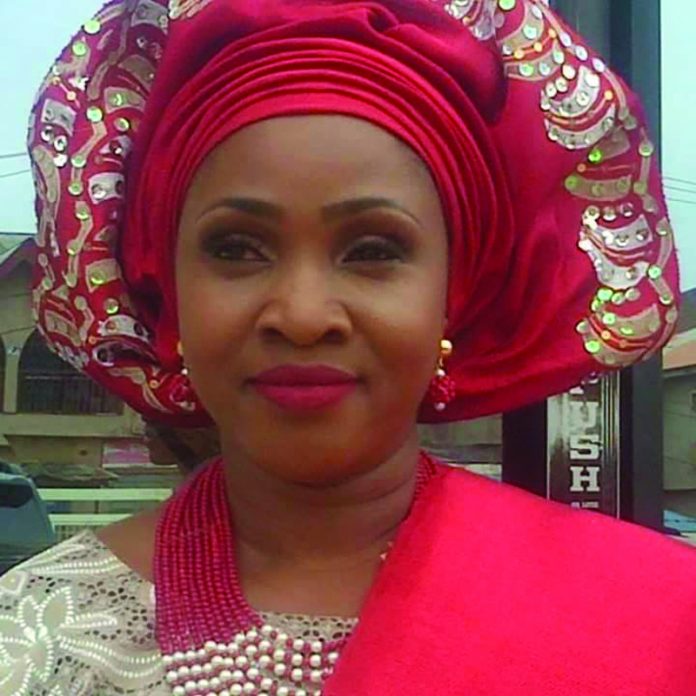 Several training modules are being applied to build the capacity of tradesmen and artisans by the Lagos State Ministry of Wealth Creation and Employment to boost craftsmanship in the state.

A scorecard of the ministry shows that it recently organised an eight-week capacity-building workshop for tradesmen and artisans in partnership with the Lagos State Technical and Vocational Education Board (LASTVEB).

The participants were equipped with tools after the training, as approved by the Commissioner, Mrs. Uzamat Akinbile-Yussuf, who assumed the leadership position in the ministry in January, this year, after serving as the Lagos State Commissioner for Youth and Social Development.

The nexus here is that the Ministry of Youth and Social Development has the mandate to give succour to vulnerable members of the society- children, youth, elderly and people living with disabilities- while the Ministry of Wealth Creation and Employment has the mandate to state, initiate, formulate, execute, evaluate policies, set and regulate standards for all wealth creation and employment-related matters in the creation of value-chain systems, according to ministry officials.

It is equally to facilitate skill acquisition for graduates and upgrade the skills of artisans for employability and promotion of entrepreneurship. The ministry is also mandated to ensure broad-based capacity building, sensitisation and enlightenment for prospective stakeholders.

The ministry also has a mandate to engage the Board of Trustees of the State Employment Trust Fund (ETF) on promotion of wealth creation and employment.

On this platform, Mrs. Akinbile-Yussuf organised a mentoring seminar on Youth Entrepreneurship with the theme, “Learn a Skill, Earn a Living” held at the Staff Clinical Hall, Secretariat, Alausa, Ikeja in July, this year, in addition to a programme tagged, “Mindset Re-orientation, Leadership and Employability Skills” programme for the unemployed youths in Lagos State between Tuesday, July 10 and Saturday, July 14, 2018. “Out of compassion, she allowed about 1,200 participants to attend the programme originally planned for 500 participants,” said a staff of the ministry.

This successful entrepreneur equally organised Technical Workshop on Lagos State Non-oil Export Development Programme with the theme “MSME as a Catalyst for Export Development” on July 17, 2018. She also organised a two-day Strategic Workshop held on Tuesday, July 25 and Wednesday, July 26, 2018 in partnership with the Hudson Group. The workshop focused on various business processes and how they could be effective if properly implemented to optimise productivity.

Barely a month after her deployment to the ministry of wealth creation, she registered 50 successful candidates for a six-month training programme under the Sustainable Development Programme with Ruff n Tumble (Betti-O School of Fashion). An official of the ministry said, “The interesting thing is that these 50 candidates graduated on July 30, 2018 and necessary starter-packs, including industrial machines and other tools were given to them.

“Also on March 20, 2018, she registered another 50 candidates for the six-month training programme under the Sustainable Development with Ruff n Tumble (Betti-O School of Fashion). “This proactive commissioner equally organised the ministry’s second edition of Breakfast Roundtable in March 2018 to meet with prospective employers and discuss planned activities of the ministry for the 2018 Graduate Internship Programme.

“She facilitated Lagos State Government’s sponsorship of 15 Lagos-based Techpreneurs and Start-ups to an international ICT Summit held between April 23 and 26, 2018 in Washington, DC, United States of America. This effort is alignment with the mandate of the ministry under the Yaba ICT Hub Programme.

“She has equally facilitated the approval of N492, 798, 560.90 loans from the Lagos State Employment Trust Fund for disbursement to 1,753 beneficiaries.”

The commissioner, Mrs. Uzamat Akinbile-Yussuf, a 2006 graduate of Pharmacy from the University of Lagos, executed several projects in her former post at the Ministry of Youth in partnership with international organisations like USAID, UNFPA, EU, UN, among others.

She also embarked on regular sensitisation and screening of youths to stem the onslaught of HIV/AIDs and other diseases.  One of the projects she established was innovatively christened the Ibile Youth Academy (IYA), aimed at instilling in the youth, the multipronged virtues of effective leadership, responsible citizenship and sincere volunteerism for their personal enhancement as well as state and national development.

The inaugural training programmes of the academy were held for about 500 youthful participants in five divisions of Epe, Ikeja, Lagos, Badagry and Ikorodu in March, 2017. The highpoint of the intellectual empowerment project was the eventual selection of the most outstanding participant as the State Ambassador for 2017.

“She practically encouraged and involved the Lagos State Children Parliament and Youth Parliament in the course of championing their cause.”

The ministry under her watch facilitated State Government’s empowerment of 500 Persons Living With Disabilities (PLWDs) in Lagos State. They were given grants, mobility aids, one Hyundai 12-Seater Minibus, one Hyundai 30-seater Bus, 500 White Canes, one Index Express Embosser with Duxbury Braille Translation Software for the Blind, 10 Accessible Desktop Computers and 20 Tactile Metric Sets.  A sum of N100,000 was also given to each of the 323 beneficiaries of the State Disability Employment Fund to enhance their financial capacity.