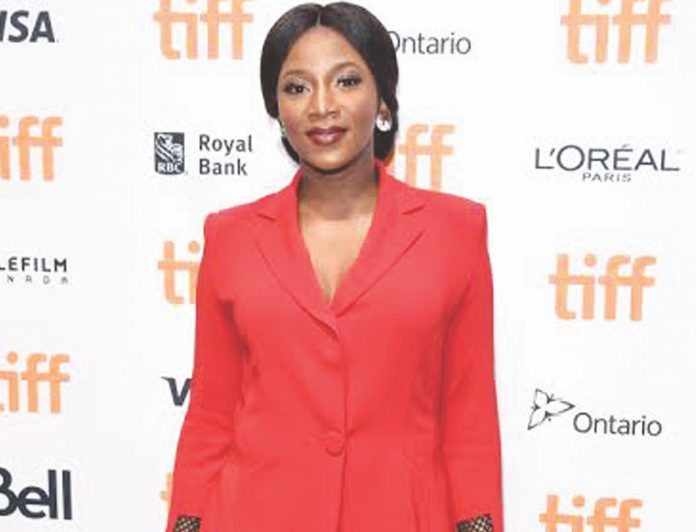 While the amount involved in the deal is yet to be disclosed, the big news in Nollywood at the moment is the recent acquisition of the movie ‘Lion Heart’ by American movie streaming company, Netflix Inc. Netflix had announced right on the eve of its first premiere at the 2018 Toronto International Film Festival (TIFF), that it had bought worldwide rights to ‘Lion Heart’. This development makes the movie the first original film from Nigeria to be owned by Netflix. The comic movie is Genevieve Nnaji’s first attempt at movie directing after a successful acting career spanning over 30 years.

Taking place at the moment at the TIFF Bell Lightbox, Toronto, Canada, the 2018 TIFF hosts the premieres of two movies which starred the Nigerian actress. Described as the Julia Roberts of Africa by Oprah Winfrey, Genevieve was at the premiere of Adewale Akinnuoye-Agbaje’s ‘Farming’ as well as her own co-produced movie, ‘Lion Heart’. This is not the first time she would attend the TIFF. The Nigerian actress and producer was amongst the guests at the premiere of Half of a Yellow Sun in 2013.

With its opening screening at Toronto, on September 7, Lion Heart was shown five times during the annual film festival. Although, ‘Lion Heart’ is not the only Nigerian movie on Netflix, it is the first original film purchased by the global movie streaming giant in that the other Nollywood flicks previously licensed by Netflicks, including romantic comedy ‘The Wedding Party’, ‘Fifty’, and the crime ‘thriller October 1, were only after they had been screened in local cinemas.

Speaking to CNN on her Netflix acquired film during an interview with Richard Quest on Tuesday September 11, the actress discussed how she was able to gather funds for the production of the movie and the chances of Nollywood gaining further global acceptance. On how she was able to put the movie together, she said: ‘’For money, we had to self-fund unfortunately. We don’t have adequate funding for movies. There isn’t that provision yet.’’ The movie entry into the market was just timely as there were already indications of the American company’s emerging interest in Nollywood.

Netflix putting its $8 billion original production budget to work in Nigeria’s movie industry might just be the turnaround for an industry struggling to make high budget movies. And more so, distribution processes that would take advantage of the 180 million Nigerians to provide returns on film investment worldwide being that Nollywood is the second largest movie industry in the world in terms of production volume. Remarkably, as of July 2018, Netflix had 130 million total subscribers worldwide, including 57.38 million in the United States.

Netflix entered the content-production industry in 2012. It has greatly expanded the production of both film and television series since then, offering Netflix Original content through its online library of films and television. Netflix released an estimated 126 original series or films in 2016, more than any other network or cable channel.

The first hint Netflix would have more active interest in original African content came in May when it advertised for a director of content acquisition for the Middle East, Turkey and Africa. Back in October 2016, nine months after launching in Africa, it also deployed a dedicated server in Nigeria to ease the difficulties of content delivery for its local users. Initially known for its model of low-budget high-volume productions, Nollywood, in recent years, has begun placing more emphasis on quality over quantity. This has seen the gradual rise in the artistic merit and production value of Nollywood projects.

Those efforts it is believed to have been rewarded with local and international box office success. But as it continues to grapple with the lack of a vast distribution networks locally, global streaming revenues will be a big lift for Nollywood. This is in addition to significant investment from the South Africa-owned Africa Magic television channel which has backed Nollywood productions with millions of dollars.

The acquisition which has earned Genevieve deserved accolades and pleased the hearts of Nigeria movie practitioners at home and abroad has continued to attract significant remarks. One is such from UK-based Nigerian filmmaker, Obi Emelonye. In a chat with this reporter, following the news of the deal, the prolific filmmaker opined that “Netflix acquiring global rights in the Genevieve Nnaji’s film ‘Lion Heart’ as a Netflix original is fantastic news for Genevieve personally, but also a great development for Nollywood as a whole.

“With her quest for perfection, her patience and her dedicated craft, Genevieve has broken down the huge wall that kept Nollywood out of the mainstream. Her victory is eloquent proof if any was needed that, if you work smart, aim high and believe: that all things are possible. I celebrate you Genny and hope that this breakthrough is not just a one-off but that the door of opportunity remains open for some other great works coming out of Nollywood. There’s hope for us all.”

Genevieve, who made her debut as a producer in 2015 with the movie Road to Yesterday, assembled an impressive list of talents and pop culture icons for Lion Heart – the second movie from her production company, The Entertainment Network, which was founded in partnership with Chinny Onwugbenu. The movie’s impressive veteran cast includes Steve Eboh, Chika Okpala (Zebrudaya), Pete Edochie, Kalu Ikeagwu, Kanayo O. Kanayo, Onyeka Onwenu and Nkem Owoh.

Written by C.J Obasi, based on a screenplay by Ishaya Bako and Emil Garuba, the story follows a daughter who’s forced to work with her feckless uncle (Nkem Owoh) in order to save her father’s ailing bus company. Genevieve plays Adaeze, a level-headed executive in her father’s bus company, Lion Heart Transport. When the father (played by Pete Edochie) falls ill, both she and her rival (Kalu Ikeagwu) are passed over in favour of the uncle. Complications arise when they discovered that the family business was in dire financial straits leading to absurd results as they try to save the company.

Considered the poster girl of Nollywood, Genevieve started her acting career as a child actress in the then popular television soap opera Ripples at the age of 8. In 1998, at the age of 19, she was introduced into the growing Nigerian film industry with the movie ‘Most Wanted’. Her subsequent movies include Last Party, Mark of the Beast. In 2010 she starred in the award-winning film Ijé: The Journey. She has starred in over 80 Nollywood movies, including 2013 movie Mirror Boy which gave her international prominence. As of 2009 Nnaji was one of the best paid actresses in Nollywood.

She was also the first actress to be awarded Best Actress by the Censors Board of Nigeria in 2003. In 2011, she was honoured as a Member of the Order of the Federal Republic (OFR) by the Nigerian government for her contribution to Nollywood. Genevieve has received several awards and nominations for her work, including the Best Actress in a Leading Role award at the 2005 edition Africa Movie Academy Awards. She won the Africa Movie Academy Award for Best Actress in a Leading Role in 2005, making her the first actress to win the award.

The future just might be here for the exceptionally-talented movie star who had in 2011, during an African Voices interview with CNN, wished to be further challenged in her career. “I don’t think I have reached my peak necessarily. So, I hope for other opportunities, greater opportunities to express myself. Mostly because there is still something inside of me that I just feel I haven’t let out and it’s really trying to come out and trying to burst loose so I’m hoping for that opportunity…I just want that story, that story that challenges me even further.” 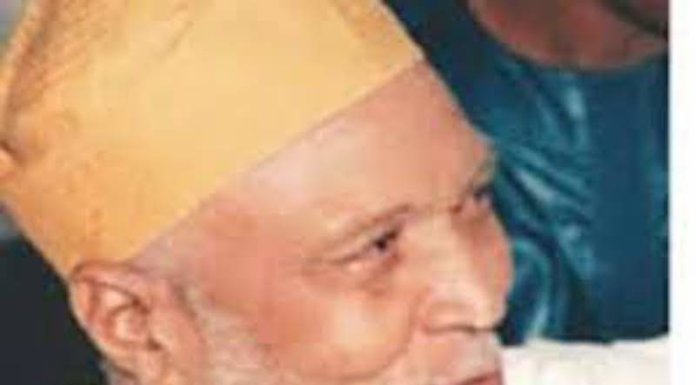