There was a widespread jubilation in Imo State, especially the state capital, Owerri, thursday as Senator Ifeanyi Godwin Araraume formally defected from the All Progressives Congress (APC) to All Progressives Grand Alliance (APGA), by picking the governorship nomination form of the APGA.

Araraume, who was until recently, a chieftain of APC, picked the APGA nomination form after weeks of speculation of his plans to join the party.

He obtained the form in Awka, the Anambra State capital, yesterday in company of some national leaders of the party, including the National Secretary, Mr. Labran Maku.

One of his political aides, Mr. Ebere Osuji, who confirmed the jubilation said that shortly after obtaining the form, Senator Araraume joined other aspirants at a national retreat organised by the party at FINOTEL Hotel, Awka.

The news of his picking APGA governorship form was said to have caused wide jubilation by his huge supporters, who have being putting suffocating pressure on him to leave APC.

Recently, a coalition of different groups made up of professionals, students, town unions, the clerics and others called on him to immediately look for another platform to contest the forthcoming governorship election, saying he and his huge followers would not get justice in the on-going efforts to resolve the current crisis in Imo APC.

The coalition, which had met through representatives in Owerri, said it was making the call because it no longer had confidence that the APC under the leadership of Adams Oshiomhole, was the credible platform through which the people of the state can bring about the type of governance they envisaged, in the next political dispensation.

In a communiqué issued at the end of the meeting, the participants noted that the people of the state had become “completely disenchanted” with the party as a result of the “repressive and unresponsive” style of the administration of the current Imo State governor, Rochas Okorocha.

The groups noted that the call on Senator Araraume to seek for another party was further informed by the fact that majority of the people of the state had long before now identified the former senator as possessing qualities that would enable him “recover and rebuild the state from the ruins it had been left in for close to eight years now”.

The spokesman of the coalition, Apostle Jonas Ihejirika, had noted that they were worried that even if the senator secured the ticket of the APC to run for the election, he would be most unlikely to secure the mandate of the people because the party has been “completely demarketed” in the state by the governor.

He listed some of the grievances of the people against the Okorocha administration to include brazen impunity, which manifests mostly in the governor’s “utter disdain for the rule of law, high handedness/insensitivity to the yearnings of the people, deceit and crass lack of transparency”.

Apostle Ihejirika further explained that even though at some point the people of the state were gearing towards returning the APC to power in 2019, owing to the fact that some stakeholders were making some efforts to rebrand it, he said “recent developments within the party have thwarted such efforts such that the people are now looking elsewhere”.

Before now, several leaders of the APC in the South-east geo-political zone had criticised Governor Okorocha for his style of administration, which they said had jeopardised the chances of even retaining Imo, the only APC state in the zone, let alone winning in the 2019 general elections.

Explaining his decision to leave the ruling APC, one of his close political associates told journalists that Araraume was more concerned about his huge political followers who have been shot out in the current political process by Governor Okorocha, saying that the prospects of Senator Araraume, moving out of the APC inevitable, considering the fact that apart from the disenchantment of the people with the Okorocha administration and by extension the party, the new national leadership headed by Mr. Adams Oshiomhole gives the impression to be very much inclined towards the governor, thereby creating a situation where only those in the governor’s camp have the chance of winning tickets to run for the forthcoming general elections.

“Senator Ifeanyi Araraume’s concerns centre more on the diminishing chances of his supporters, who want to run for elections in 2019 of getting tickets in the APC. It is not just about Araraume’s governorship bid; the way the matter is going in the party, I don’t see any of his supporters getting APC ticket to run for elections even if the senator decides not to run again’’, the source added.

‘’And these are people who have relied on the fact that there will be a level playing ground. Now, that may no longer be judging by the way things are going.’’

Currently representing the South-east in the Nigerian Communications Commission (NCC) as a national commissioner, Ararume was elected Senator for the Imo North constituency of Imo State, Nigeria at the start of the Nigerian Fourth Republic, running on the People’s Democratic Party (PDP) platform and was re-elected in April 2003. Born on December 16, 1958 in Imo State, he got his first degree in Liberty University, and Master in Business Administration in University of Benin. 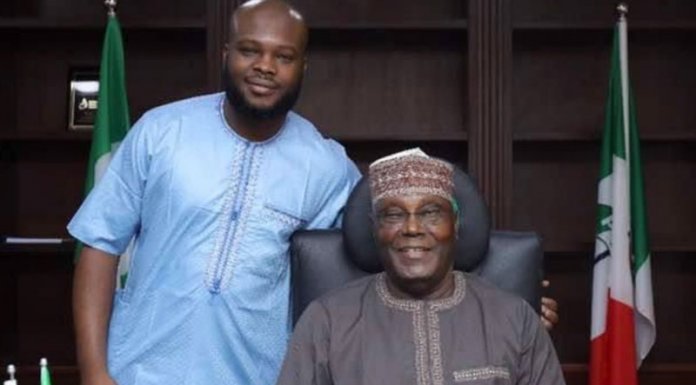 A Thousand Ways to Break a Cheating Man