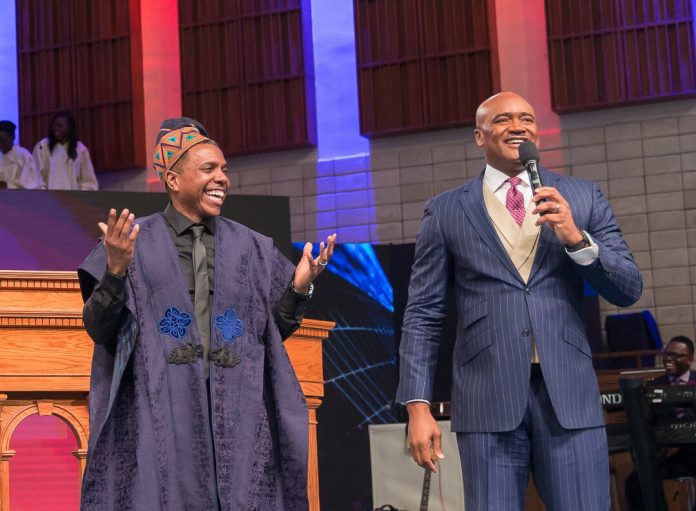 Nseobong Okon-Ekong and Vanessa Obioha were part of an enthusiastic crowd of worshippers that thronged the Rock Cathedral in Lekki-Lagos to witness emotional interactions with diverse clergy For five days, the Senior Pastor of House on the Rock, Paul Adefarasin played host to renowned televangelist and Pastor Creflo Dollar of World Changers Church, New York, USA, alongside other ministers of God at his annual Spirit Life Conference.

Every year, the clergyman invites great men of God and music ministers across and beyond the country to impact, empower and spiritually refresh thousands of souls as part of the church’s mission.

This year witnessed teachings from a select group preachers who expounded on the theme ‘Great Grace’ through a panoply of scriptures.

Opening the conference were Bishop Mike Okonkwo and Pastor Matthew Ashimolowo who spoke extensively on topics related to the theme. While Okonkwo tackled the topic “Grace the Teacher’, Ashimolowo shared insights on ‘Lifted by the Covenant of Grace’.
Explaining why grace is offensive to the devil, Ashimolowo said: “The enemy wants you thinking that you are your own source rather than believing and receiving all that Jesus has already done.”

Bishop Ransom Bello and Adefarasin took things to another level with their teachings the following day. Bello focused on ‘Heaven is a Gift, Not a Reward’, making proper delineation and appropriation of the Law and Grace, which many pulpits have done in error.

Adefarasin on his part advocated strongly against mixing Law and Grace. He posited that “the Law is all about works; it makes you a slave. True grace empowers us to lead righteous lives.”

Dollar took the pulpit on the third day sharing insights on the topic ‘Living Under the Correct Covenant’. He submitted that each covenant has benefits – the blessing; beneficiary – you; and the benefactor – God. He reminded the gathering that the Law was between God and the Jews – which the rest of the world were not a party to.

He continued the following day by expounding the respective roles of Faith and Grace in our lives. According to him, “Grace makes while Faith takes. Faith can only take what Grace has made available.” He further described Grace as not just a teaching but a person – Jesus.

The conference came to a climactic end on Sunday, September 9, with the Super Celebration Service that featured more teachings from Dollar.

Speaking on ‘No More Self Righteousness’, he admonished the church to believe correctly and deduce their identity from their belief rather than their behaviour.

The celebration service rounded up with a concert that featured international gospel artistes like Pastor Donnie McClurkin and Vicki Yohe and Nigerian artistes like, Sammie Okposo and Glowreeyah Braimoh. 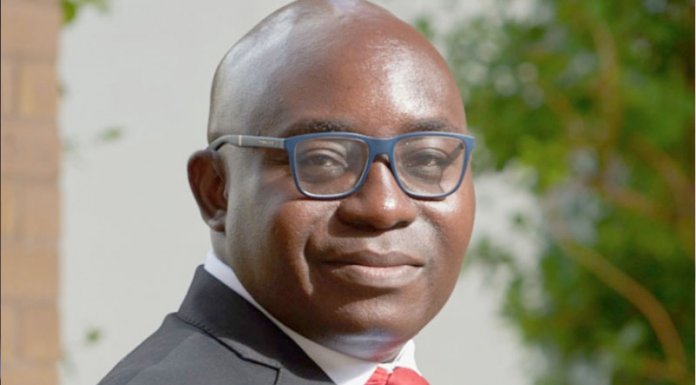