Alonge who made this known at the induction ceremony of the first set of 43 medical doctors produced by Afe Babalola University Ado Ekiti (ABUAD), said brain drain comes in various guises when a fully trained medical doctor leaves the shores of the country to take a primary job as a mortician.

According to him, “Whilst it is impossible to halt the brain drain saga that was accentuated by the exodus of medical experts from Nigeria in the late 1980s, this phenomenon has reemerged with juicy offers for training programmes in the west. Brains are now being poured out into the drains when a medical doctor ends up as a car salesman.”

At the programme which attracted dignitaries from all walks of life, witnessed an award to the best graduating student, with distinction in Medicine, Surgery and Community Relations, Miss Esther Adaobi Azom. She also got various cash prizes running into millions of naira from royal fathers present as well as from the Founder of the University, Chief Afe Babalola.

Aside these, Azom also got a brand new car donated by Coscharis Motors for the institution.

In his remarks, the President of the Medical and Dental Council of Nigeria, Dr. Francis Fajuyile congratulated the graduating doctors saying that this qualifies them to be trainable and face new challenges.

He admonished them to eschew vices and professional misconduct saying that such attracts serious consequences. “ I call your sacrifice a worthy sacrifice, the journey has not been easy, but you have weathered the storm, much was given and expected from you and you have delivered.”

The Ooni of Ife, His Imperial Majesty, Oba Adeyeye Eniitan Ogunwusi expressed excitement about the success of the graduating doctors while admonishing them the class to form a pressure group that will add value to research.

Oba Ogunwusi who announced a prize of N 1 million for such effort said, “Do not relent on research and anything that will add value to the nation .What medical doctors do are priceless. Remember the university for good. As you have graduated today, pick one or two people that you can mentor, make sure you bring yourselves together as a class and ensure you continue to add positive value to the university, Nigeria and to your parents.”

He also promised a cash prize of N250,000 every year for d best graduating doctor.

The Founder and Chancellor of the University, Chief Afe Babalola congratulated the graduants saying, “You have set a standard, not only by your excellent performance, but it will be on record that you are indeed the pathfinders in the Medical history of the university. There will never be another pioneer set of medical students here.”

He recalled how the institution was established more than eight years ago to change the way university should be run in the country.

“Regretfully today, “there is a dark cloud hovering over the country’s educational landscape , but then, all hope is not lost as there is the bright northern star in the horizon beaming a ray of hope and light beyond that dark cloud.” 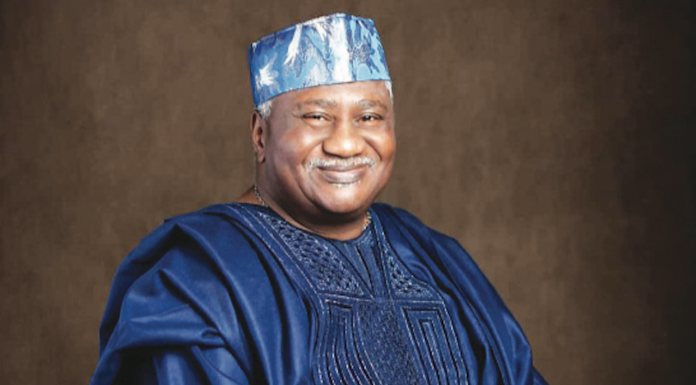