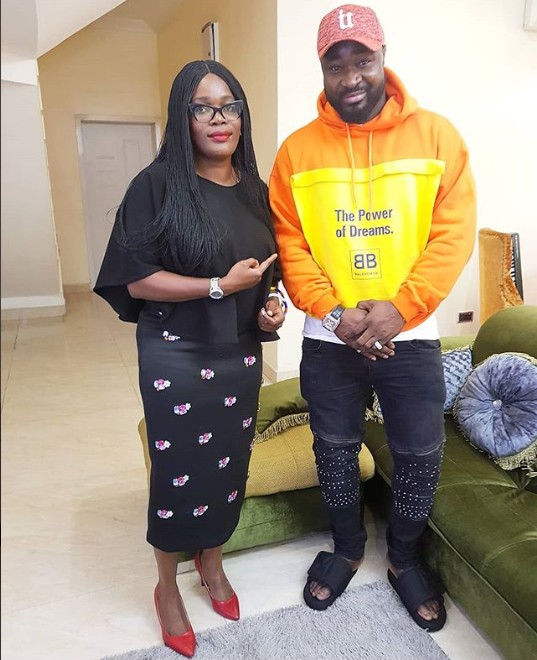 Harrysong’s former manager, Kaycee Ichie Oguejiofor, recently blasted him in a rather suggestive post feel days after the Nigerian singer, revealed to the world on his instagram page that he was battling with depression.

Harrysong wrote: ‘Don’t cry when I die, but celebrate and put up a kingmaker’s concert. Empower more youths. I have lived and I have done my bit. Carry on in grace. I love you all.”

While his post raised a furor on social media as close friends and associate began to look out for him, his former manager on the other hand, wrote to write a subliminal post suggesting that he would rejoice if anything happens to the crooner.

He wrote “When you die, the only memory of you I will have is greed! greed!! and greed!!! None of the homies around you made a living off you. No one got in equal strength what they put in and sacrificed.

“Only people who stick around you are those who steal from you. When you die, we will only tell stories of the sadness you brought to us.

“If you die, I will sit in the bar and tell stories, sad stories of how ungrateful and disloyal you were to everyone who helped you build your dream.”

Given the backlash his post generated, Oguejieofor quickly clarified that he had no idea Harrysong was battling with depression.

Meanwhile, the coroner later took to his Instagram page to thank his fans, adding that he has started his session for depression and is now getting back his feet.

He wrote; “Thank you so much guys. My session with Miss Oyinkansola Alabi went well and I am gradually getting my feet back. Always show love and be kind to people.

Depression is a silent killer, learn to unburden your mind to trusted ones. I love you all.”