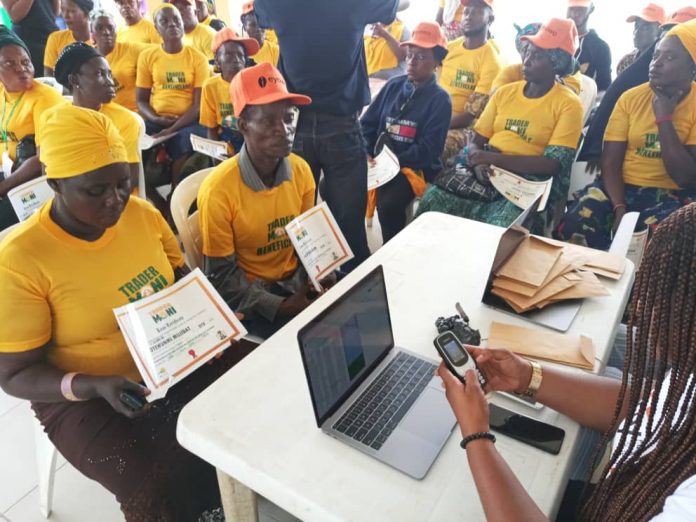 The Trader-Moni loan disbursed by the federal government in partnership with the Bank of Industry (BoI) to traders in Abuja elicited excitement last Wednesday at the Nyanya market in the federal capital as traders hailed the decision to disburse the sum of N10,000 to each of them.

The disbursement, accordingly, is part of the current administration’s drive to empower over two million petty traders and artisans across the country through a loan scheme tagged: ‘TraderMoni’.

The scheme being implemented by the Bank of Industry (BoI) allows each beneficiary to get a collateral free loan of N10,000 payable within six months. Once a beneficiary pays back, they progressively qualify for higher sums; N15,000, N20,000, N50,000 and N100,000. The loan is aimed at not just expanding their businesses but changing their socio-economic class.

The collateral-free loan is part of the social intervention programmes under the President Muhammadu Buhari led administration.

The Executive Director, Bank of Industry (BoI), Toyin Adeniji, at the programme said the bank is partnering the federal government to empower small traders.

Adeniji said the project which is wholly driven by the government is expected to give N10,000 grant each to the traders to boost their businesses.

She said about two million petty traders and artisans would be empowered under the scheme with each state and the Federal Capital Territory (FCT) having a minimum of at least 30,000 beneficiaries.

She said: “The initiative is to give capital to petty traders, as you can see, this place is full of petty traders and to create market awareness to encourage them to embrace the loan and teach them the modalities for getting the loan.

“It starts from N10,000 and you can pay back between three to six months. BoI is the executing agency basically partnering the federal government to implement this.”

Speaking on the sidelines of the disbursement of the fund to them, some of the traders commended the federal government for coming up with the timely initiative.

One of the beneficiaries of the scheme who gave her name as Eunice Idris said the fund would help grow her salon business.

According to her, “I applied for the scheme because I believe in the federal government’s policy in growing small business.

“Many of my friends told me when I was applying that the money would not be disbursed to those who don’t have godfathers but something kept telling me that I will be given the loan.

“To my surprise, I got a text message this money that I should come and collect the money. I’m grateful to the government for this because it will help me buy weave-on to stock in my salon.”

Another petty trader, who gave her name as Agnes Danlami, said the fund would enable the government to empower small businesses that could not access finance from conventional banks.

This, he noted, was vital as many of them had in the past been complaining about lack of access to finance.

Danlami who deals vegetables and tomatoes at the market said: “This is the kind of fund that we have been clamouring for over the years to grow our businesses.

“The rate of turnover is not high and as such, we can’t rely on banks to give us loans because of the high interest rate.

“But with a collateral-free loan such as this, we can borrow money for our businesses and still pay back without problems. So I commend the government for this initiative.” 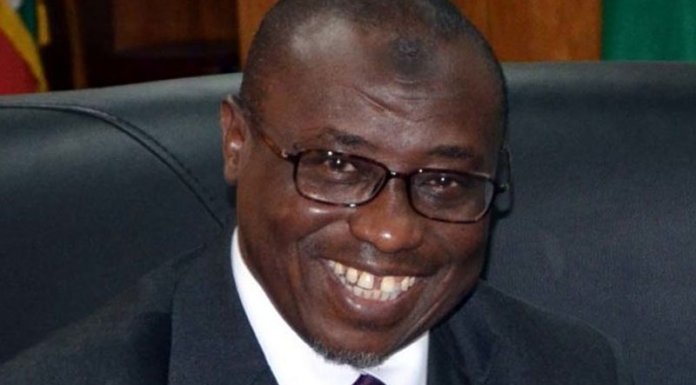