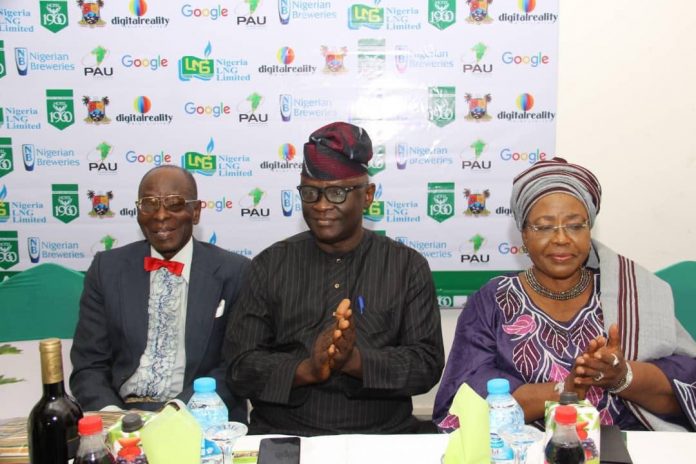 The Association of Nigerian Authors (ANA), were recently charged to critically engage with the realities of the mega-city of Lagos. This charge was made prior to the group’s forthcoming October 2018 convention by Senator Olubunmi Adetunmbi.

Adetunmbi, who is the Secretary of the Restructuring Committee constituted by the All Progressives Congress (APC), said to become more relevant, members of ANA must engage critically with the realities of the mega-city of Lagos.

He made this disclosure at the patrons’ nite of ANA, Lagos chapter tagged ‘Literature: mega-cities and mega realities’. The event, which held at Freedom Park, Broad Street, Lagos, was staged to honor the association’s past and new patrons.

It was graced by eminent personalities including the former Deputy Governor of Lagos, Chief Mrs Sinatu Ojikutu;

While applauding the upcoming ANA Convention whose theme explores the relationship between mega-cities, Literature and mega narratives, Adetunmbi held that “literature and literary writings must insist on presenting objective reality.”

According to the immediate past Senator who represented Ekiti North, “megacities offer avenues to explore a wide array of existential realities with the capacity to resolve critical problems.

“Literary works must begin to reflect the reality of living in a city such as Lagos, where diverse backgrounds, cultures and experiences agglomerate.”

Adetunmbi listed three critical examples of such relevant themes which include the reality of solid waste management in the mega city of Lagos, a major challenge considering the fact that Lagos generates 4million tonnes of solid waste yearly.

He cited the population explosion in Lagos as another critical reality, adding that the steady influx of people adds tremendous pressure on housing and other goods and services.

The third reality he said centres around environmental pollution, from carbon dioxide emissions in Lagos State, and its impact on life expectancy, which in Nigeria is about 53 years, a sad fact, he said, given our resources.

He did not leave out the place of Lagos as a prominent place in Nigeria’s history, as a melting pot and a frontier of colonial interface with West Africa.

In conclusion, he charged the authors to continue to improve on their work and expand their fiction and non-fiction works to the various realities of the Lagos mega-city.