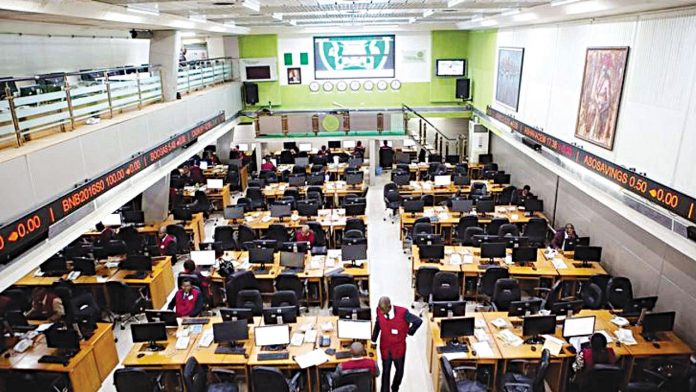 Banking stocks led the price gainers at the stock market, Thursday amidst the prolonged bearish market. Out of the nine price gainers, six were banks, led by Skye Bank Plc with 9.8 per cent.

Unity Bank Plc trailed with 8.9 per cent, while Wema Bank Plc and Fidelity Bank Plc added 3.3 per cent apiece. United Bank for Africa Plc and Guaranty Trust Bank Plc appreciated by 1.4 per cent and 1.0 per cent respectively. The non-banking stocks that appreciated for the day were Transcorp Plc (4.6 per cent); LASACO Assurance Plc (3.3 per cent) and Nigerian Breweries Plc (0.12 per cent).

In all, the market remained bearish with 256 price losers leading to a decline of 0.84 per cent in the Nigerian Stock Exchange (NSE) All-Share Index to close at 32,022.23.

Market analysts said:“The absence of a one-off positive trigger and political jitters ahead of the 2019 elections, guide our conservative outlook for equities in the short to medium term. However, stable macroeconomic fundamentals remain supportive of recovery in the long term.”

Most of the banking stocks are trading lower than their opening prices, giving investors opportunity to increase their portfolios also considering the fact that some of the banks reported higher than profit for the half year ended June 30, 2018.

UBA recorded a growth of 16 per cent rise in gross earnings to N258 billion for the half year ended June 30, 2018, up from N223 billion recorded in the corresponding period of 2017. Net interest income stood at N111.1 billion, compared with N101.4 billion in the corresponding period of 2017. Credit impairment charges reduced by 28.9 per cent from N9.4 billion to N6.7 billion, while operating expenses rose by 9.4 per cent from N94.8 billion.

UBA finished the first half of the year strongly, with a profit before tax(PBT) of N58.1 billion, while profit after tax(PAT) rose from N42.3 billion in 2017 to N43.8 billion.