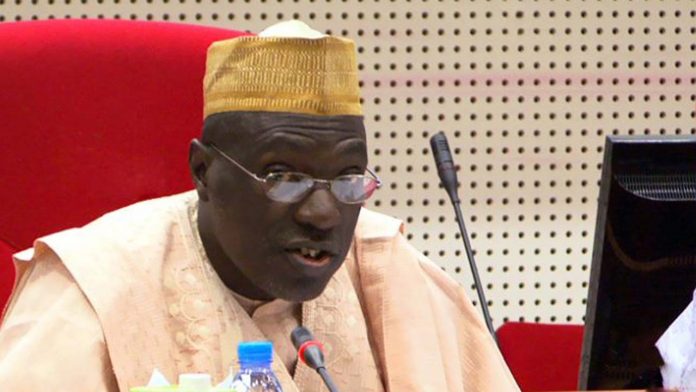 In a statement issued yesterday by his media aide, Mr. Sirajo Mukhtar, the PDP presidential aspirant said postponing the elections would threaten the survival of Nigeria’s democracy.

He therefore called on all security agencies to do their work by ensuring that all security issues are addressed to forestall any plan to postpone the elections.

The statement read in part: “INEC has hinted at the possibility of postponing the 2019 general election on account of threats of violence, and this must have come to not a few Nigerians as the shocker of the year, not only because the commission had hitherto been giving assurances of its readiness for the polls but also because of the significance and crucial nature of the elections to the development of democracy in the country and its continued peaceful coexistence.”

Makarfi said he was appalled by the news and had actually been expecting either a rebuttal or at least a clarification by the commission neither of which had so far happened.

The PDP aspirant said he believed that even the idea of postponing the election, for whatever reason, was condemnable because “it toys not only with the feelings and aspirations of Nigerians but also the survival of the democratic dispensation.”

Makarfi noted that coming from the body that was constitutionally saddled with the responsibility of organising and conducting the elections made it more alarming.

According to him, it points towards reluctance, lack of capacity or complicity or all to thwart Nigeria’s march towards an enduring democracy.

He said: “It clearly does not inspire confidence that those in charge are prepared to midwife free, fair and credible polls.”

The former governor of Kaduna State said the most important thing it would take for the elections to take place successfully was for the electoral body and the security agencies to play their part with utmost neutrality and objectivity that would inspire the confidence of all.

The statement read: “The success of the polls depends largely on them, and thus, the fate of the country is in their hands. They must therefore stop daydreaming and wake up to the challenges facing the country and their own roles in confronting the challenges.”

Makarfi called on the actors on the political stage as well as all Nigerians not to take the INEC statement lightly but remain vigilant, calm and peaceful, and do all it legitimately takes to protect and preserve Nigeria and its democracy as well as eschew violence no matter the provocation.