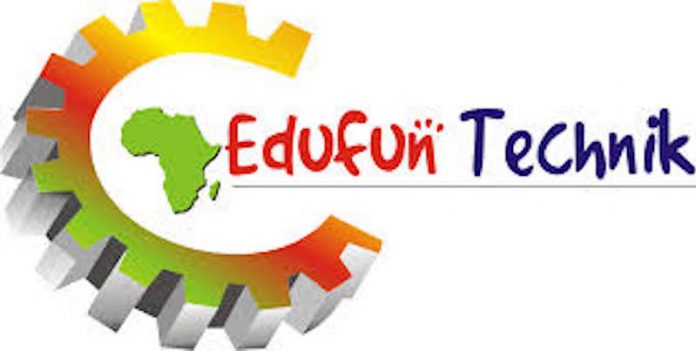 Edufun Technik, a Science, Technology, Engineering and Mathematics Education(STEM) centre, recently, partnered with Brickhall school Abuja, to encourage students to be innovative in the area of Science and Technology .

Speaking at a programme organised to celebrate the winning team, who won the gold medal at the just concluded World Technovation challenge in Silicon Valley, held in Abuja, the Founder of Edufun Technik, Mrs. Uchena Onwuanaegbu-Ugwu said its priority is to ensure that students are knowledgeable in Robotics and Coding, adding that the centre, had trained the team from Anambra State who won the competition.

She said her organisation will train more people in the area of technology, adding, “ schools should not wait for government to change their destinies in education , but they must step up and change it themselves and leave government to catch up with the good works.”

The founder said the five girls who won the competition in San Francisco, were picked from schools in remote areas with no previous knowledge of the internet, adding that the sky will be the limit for students who are already ICT compliant.

The Director of Brickhall School, Senator Joy Emodi stressed the need for government to design a curriculum that would be centered on technology and also establish properly funded educational research centers to enhance the country’s education sector.

She expressed delight about the success of the girls who excelled at such international competition, defeating countries like China, United States of America, Isreal, and other countries of the world saying it is about Technovation.

The Secretary for Education, FCT, Senator Isa Minna, assured of possible partnership with Edufun Technik and also expressed delight about how the winning team were received, celebrated and encouraged back home.