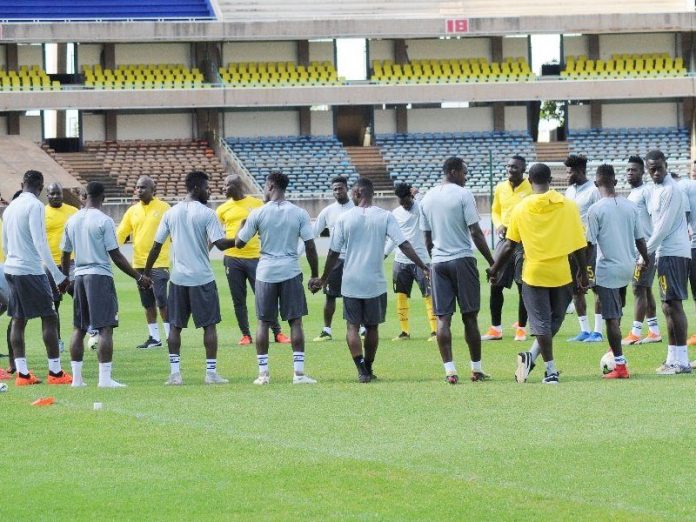 Ten-man Kenya held on to beat Ghana 1-0 in Nairobi Saturday in a 2019 Africa Cup of Nations qualifier. In other results yesterday, next year’s Nations Cup hosts Cameroon were held to a 1-1 draw away to Comoros.

Both South Africa and Uganda had to succumb to 0-0 draws at home to Libya and Tanzania respectively while the 2012 African champions Zambia drew 0-0 away to Namibia.

The 12 group winners and runners-up secure places at the 2019 Nations Cup finals, except for Group B, where hosts Cameroon and the highest-placed other team both qualify.

Having lost their opening Group F qualifier to Sierra Leone, Kenya – coached by Frenchman Sebastien Migne – pulled off a stunning result against Ghana’s Black Stars to kickstart their campaign.

The Harambee Stars scored the only goal of the game after 40 minutes when Ghana’s Nicholas Opoku struck into his own net. Ghana pressed for an equaliser and the pressure told as Kenya’s Joash Onyango was sent off shortly after the hour mark.

The hosts held on to pull off a shock result and go level on points in Group F with both Ghana and Sierra Leone.

Sierra Leone can take an outright lead in the group if they can avoid defeat in Ethiopia today.

Cameroon, who have already qualified for the 2019 Africa Cup of Nations as hosts, came from behind to draw 1-1 away to Comoros in Clarence Seedorf’s first match in charge of the Indomitable Lions.

Comoros stunned the reigning African champions with a 15th minute strike from El-Fardou Ben Mohamed to take the lead in the Group B fixture. Stephane Bahoken spared Cameroon’s blushes with an equaliser 10 minutes from time.

Morocco – who lost to Cameroon in their opening Group B qualifier – were set to host Malawi in the late match yesterday. Points won by Cameroon’s opponents in qualifying count towards their final totals in the group.

Arsenal striker Pierre-Emerick Aubameyang hit a vital equaliser for Gabon in their 1-1 draw against Group C leaders Burundi in Libreville. Stoke City forward Saido Berahino had put Burundi ahead after 40 minutes on his international debut for the country. South Sudan host Mali in Group C today.

In other results yesterday, there was a dramatic climax to the Group K encounter between Mozambique and Guinea-Bissau as they drew 2-2 in Maputo.

The match was level at 1-1 until stoppage time when Mozambique appeared to have taken all three points with a late winner, only for Guinea-Bissau to equalise with virtually the last kick of the game. In the same group, the 2012 African champions Zambia hit a last-minute equaliser to draw 1-1 away to Namibia.