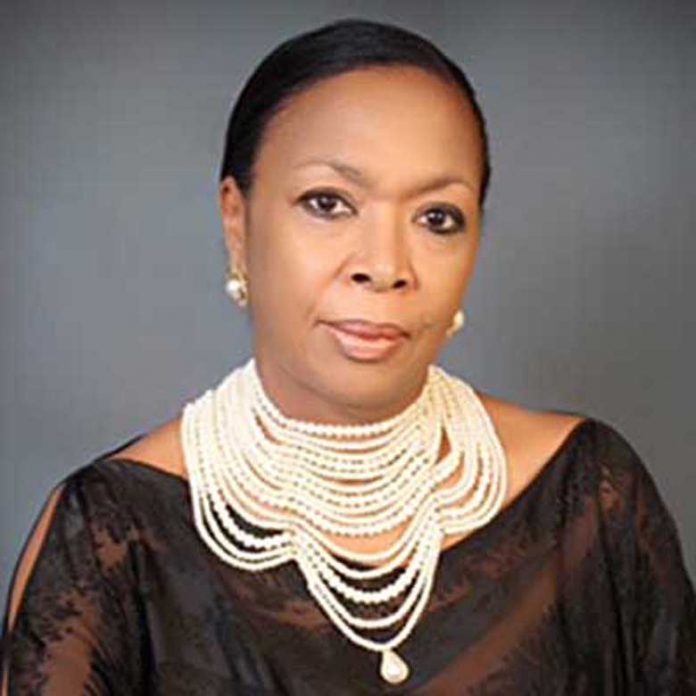 Without a doubt, Erelu Angela Adebayo, wife of a former governor of Ekiti State, Otunba Niyi Adebayo, is one of the few women in the country with enviable curriculum vitae.
While many of her mates have fallen by the way side and no longer relevant simply because they have nothing to offer, this woman of substance has proved that outside power she is brainy and intelligent.
By Providence, the profile of the former Ekiti State First Lady also attracted media attention this week, when news broke that she had been appointed to the Board of the United Bank for Africa, UBA, among other appointees.
To those who have been following her inspiring story,  the appointment did not come as a surprise,  especially as she is also on the Board of many conglomerates, including Dangote Foundation, Afriland Properties, Meyer Plc, Greenwich Trust Limited and Women at Risk Foundation (WARIF), where she is the Chairman.

She had served on the Board of WEMABOD as the first female Chairperson. She is also one of the first female members of the council of the Nigerian Stock Exchange, NSE.
In view of the recent development,  it is clear that Erelu still commands a lot of respect, many years years after she left office as the First Lady of the state.
When her husband was governor of the state, her looks and dress sense stood her out among her counterparts, as celebrity journalists often scramble for her picture to grace their publications.
Also, her handsome and youthful husband is known to be  a stylish man, thereby making the couple two of a kind.
Ever before  her husband became a state governor, her influence on the social scene had never been in doubt.
Their presence at high-octane events has never  gone unnoticed, even though she could be said to be selective about the social events she attends.