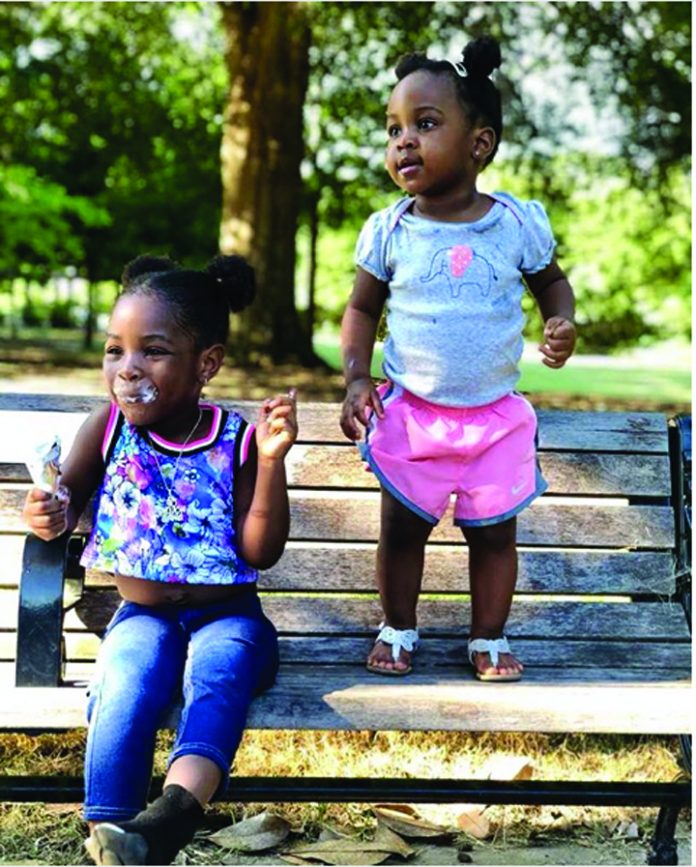 Aside from having time and recipe to make hit songs, Nigeria’s Afropop star, Davido, also keeps two baby mamas. He recently set the social media on fire when he unveiled, for the first time together, photographs of the two daughters from the baby mamas. Ferdinand Ekechukwu reports

So far, it’s been a remarkable year of groundbreaking feats, recognitions and gracing international stages for David Adeleke, better known by his stage name, Davido . The singer, songwriter and record producer has also been in the news, making headlines and top stories in entertainment columns and magazines.

Just about a week ago, the pop star was reported to have registered a first-class performance at the opening day of Jay-Z’s Made-in-America Festival. Davido who had left his fans and music lovers back home with a sequence of events had at the two-day concert in the U.S. performed alongside international superstars likes Meek Mill, Post Malone and Fat Joe.

Prior to the show, the HKN Music and DMW boss was a huge topic on the internet as he, for the first time, shared an adorable picture of his two daughters, Imade and Hailey as they bond on a play date in America. The 25-year-old took to Instagram to share the picture while expressing his love for them. He promised to be there for them no matter what and urged them to be each other’s keeper.

“My girls be your sister’s keeper. Daddy got y’all for life!! Nah una go finish my money. I don see d future…dem go dey plan for together. ‘let’s force Daddy to buy us the new this and that’. Anything these two ask of me shall be done!! Daddy loves y’all,” he wrote. Sophia Momodu is Imade’s mother while Amanda Mandy is Hailey’s mother. Sophia lives in and out of Nigeria with Imade while Amanda is based in Atlanta, Georgia.

Sophia and Davido have had a bitter disagreement over the care of their baby, with the baby mama accusing him of child abduction after he attempted to travel to Dubai in 2015. Sophia, a niece of Ovation publisher, Dele Momodu, later petitioned the National Agency for the Prohibition of Trafficking in Persons (NAPTIP), accusing Davido of child trafficking.

Meanwhile, his flame for his newly found love, Chioma Roland, has attracted widespread comments from his followers since the love affair went viral. Apart from the superstar assuming her unofficial hype man, the singer is perceived super love struck with his Igbo girlfriend as they are both an item wherever they go with the latter lately believed to be pregnant.

The ‘Ema dami duro ’ crooner had stirred controversy recently when he registered for the compulsory National Youth Service Corps (NYSC), and just days after, fouled NYSC Bye-laws, by travelling out to Boston for his much anticipated ‘Locked up’ tour allegedly without clearance from the authorities. If true, this would, however, keep observers wondering whether the young Adeleke leaving the camp without permission would earn him an extension of the service year by double the number of days for which he was absent from his camp.

Having dismissed early the notion that he is a silver spoon child tied to his rich father’s apron, the incredibly talented music star was left with no option than prove he was not a flash in a pan. Since he stormed the music industry in 2011, the singer has consistently proved critics wrong as he has always remained on the spotlight with hits back-to-back, winning laurels at home and abroad.

Undoubtedly one of the biggest artistes from Africa, his debut album Omo Baba Olowo, released in 2012 got him rave reviews. Between 2013 and 2015, Davido released the singles Gobe , One of a Kind, Skelewu, Aye, Owo Ni Koko, The Sound and The Money featuring Olamide.