The administration of Governor Ifeanyi Ugwuanyi of Enugu State, since inception, has transformed the development narrative of the state, both politically and socio-economically.

Despite the nation’s economic crunch, the administration has continued to take innovative measures aimed at addressing the needs of the masses to ameliorate their sufferings and give them a sense of belonging as the true heroes of democracy.

Consequently, Gov. Ugwuanyi has so far recorded unprecedented feats in every sector of development ranging from provision of massive road infrastructure across the state, covering over 300 kilometers to other sundry interventions in the areas of health, education, empowerment, workers’ welfare, security, agriculture, investment promotion and socio-economic rebirth, among others.

This sound vision was borne out of the governor’s humble disposition, passion and uncommon zeal to build a peaceful, secure and prosperous Enugu State of the founding fathers’ dreams.

For instance, the recent scholarship extended to 680 indigent students of engineering in Enugu State Polytechnic, Iwollo and Institute of Management and Technology (IMT), Enugu, respectively; ideologically conceived by the governor to promote the harnessing of the beneficiaries’ potentials for knowledge transfer, economic growth and self-reliance, will ever remain legendary and unparalleled in the annals of the state.

Again, the ‘One Community One Project’ programme, recently launched with N10 million each for all the 450 autonomous communities in the state to execute priority projects of their choice, has continued to yield the desired results, as communities that had never experienced any form of government presence now benefit.

Long neglected areas and communities, such as Amurri, Ngenevu, Eha Amufu, Iva Valley, Abakpa Nike, et cetera, have today been remembered with provision of quality road infrastructure and other facilities. Civil servants and pensioners of the state have continued to receive their salaries and pensions regularly on 23rd of every month, even without the receipt of federal allocation.

Interestingly, the governor has maintained a close relationship with God and the people, entrusting Enugu State to His hands and ensuring unequalled rapport with members and leaders of political, religious and traditional institutions in the state, including non-indigenes.

This deep-rooted kinship ultimately is responsible for the avalanche of tremendous support, solidarity and goodwill the governor has continued to garner from the people of Enugu State, as well as the gale of commendations and endorsements for his re-election in 2019 from virtually all spheres of the society; religious and traditional institutions.

First to endorse Gov. Ugwuanyi’s re-election were traders in the state, who delightfully applauded him for introducing the monthly Traders Empowerment Scheme, which assists them with N50, 000 each to grow their various businesses, irrespective of state of origin, religion and ethnicity. It is worthy of note that a total of 2400 traders have so far benefited from the scheme since its inception in 2017.

The Peoples Democratic Party (PDP), at all levels in the state has also unanimously endorsed his re-election, describing him as “a worthy leader, who has done us proud”.

Notable leaders of the major opposition political party in the state, the All Progressives Congress (APC), such as Senator Ken Nnamani, Senator Jim Nwobodo, Chief Osita Okechukwu and the party’s South East Vice Chairman, Hon. Emma Eneukwu, among others, had on different occasions applauded Gov. Ugwuanyi for his political maturity, bi-partisan disposition and respect for everyone irrespective of political leanings.

Senator Oluremi Tinubu, an APC Chieftain and wife of Asiwaju Bola Ahmed Tinubu, during an official visit to Enugu, was wowed of Gov. Ugwuanyi’s outstanding leadership qualities, and described him as “a very good and humble man”, who she would wish to see return to office in 2019.

Senator Tinubu told Gov. Ugwuanyi that, “the people of Enugu State are very lucky to have you as their governor”, adding: “God has already ordained your re-election. I wish to see you back on the seat in 2019”.

Another chieftain of the APC and former governor of Abia State, Dr. Orji Uzor Kalu, equally lauded Gov. Ugwuanyi for the respect he had continued to accord President Muhammadu Buhari and other leaders in the country irrespective of political affiliations. The former Governor of Abia State. He visited Gov. Ugwuanyi at the Government House, Enugu where disclosed the positive disposition of President Buhari towards Ugwuanyi, declaring, “We cannot quarrel with anybody who is not quarreling with us.”

Few weeks ago, the Apostolic Nuncio to Nigeria, Archbishop Antonio Filipazzi who represents the Papacy in Nigeria, on an evangelical duty to Enugu, commended Gov. Ugwuanyi for “his closeness to God and exemplary leadership style, which has brought peace and good governance to the state.”

According to Filipazzi, “You (Ugwuanyi) have faithfully served the church; you are a good governor; you are a governor for everyone living in this state, Catholic and non-Catholic; from every group you are the father of the family for everybody and of course things are not separated. I think you have found inspiration in your work as a Governor; I also feel you belong to the Catholic Church”.

The Anglican Communion, through the Archbishop of Enugu Ecclesiastical Province, Most Rev. Dr. Emmanuel Chukwuma has at various fora endorsed Gov. Ugwuanyi for a second term for his commitment to peace, good governance, development of the Church and love for the poor masses.

The climax of the endorsements was during the visit of Vice President Yemi Osinbajo to Enugu for the 30th National Biennial Conference of the Student Christian Movement of Nigeria (SCMN), where the outspoken Archbishop told the Vice President that “there is no vacancy in Enugu Government House.”

Similarly, the Spiritual Director of Adoration Ministry Enugu Nigeria (AMEN), Rev. Fr. Ejike Mbaka, had earlier declared that there is no vacancy in the Enugu State Government House in 2019, stressing that Gov. Ugwuanyi has done excellently well in office and deserves a second term.

Fr. Mbaka, who spoke during the Thanksgiving Mass for Gov. Ugwuanyi’s recent electoral victory at the Supreme Court, also poured encomiums on the governor, describing him as “a good, kindhearted, humble, peace-loving and God-fearing leader”, who has judiciously managed the lean resources of the state for the benefit of the people.

The Catholic priest also described Ugwuanyi as “the best governor so far in Enugu State”, adding that he is “an epitome of peace; a sanctuary of conflict resolution and model for rural and urban development”.

While applauding the governor “for managing the public wealth judiciously and Godly” for the equitable development of the entire state, the outspoken priest prayed against any plot over the governor’s re-election in 2019, saying: “I pray to God that this good man with intimidating humility will continue to govern Enugu State till 2023”.

Fr. Mbaka said: “Our governor, God has opened doors for you, no man can close it. Those who are following him should continue to follow him, he is a good man. We have one candidate for the governorship seat in 2019 in Enugu State in the name of Gburugburu (Ugwuanyi).

“We are begging him to come and complete the good works he has started in Enugu State. Enugu State is behind him. The church, students, teachers, traditional rulers, Adoration Ministry, many others are also behind him. I therefore, advise those who want to contest against him to please consider other elective positions”.

In a related development, the Prelate of the Methodist Church of Nigeria, His Eminence, Dr. Samuel’ Emeka Kanu Uche, at the recent Thanksgiving Service for the family of Senator Ken Nnamani, had declared Gov. Ugwuanyi’s re-election in 2019 as sacrosanct, stressing that he deserves a second term because of “his outstanding performance and judicious utilization of the state’s lean resources to impact positively on the lives of the people”.

According to the Prelate, “I welcome Gburugburu (Ugwuanyi) the performing governor of Enugu State. This man is using the resources given to him very well to develop the state. You have done very well that even those in the graves, if they are allowed to vote, will vote for you”.

In what could be described as a mother of all endorsements, the Christian Association of Nigeria (CAN), Enugu State Chapter, during a mega prayer rally tagged “Enugu State is in the hands of God”, which was attended by the leaders of the association’s five blocks, fervently prayed for Gov. Ugwuanyi’s re-election in appreciation of his good works and commitment to God.

They told the governor that “your second tenure is in the Hands of God” and “it is safe with Him because you have acknowledged Him”, adding: “Be assured of our support and supplications to God for a successful, peaceful transition and fulfillment of your heart’s desires for Enugu State”.

The recent record-breaking unanimous endorsement for Gov. Ugwuanyi’s re-election by all the traditional rulers in the state cannot be easily forgotten, especially when the venerable folks aptly captured their heartfelt verdict and enthusiasm with a deeply-felt: “Let the good works continue!”

The Sultan of Sokoto, Alhaji Muhammad Sa’ad Abubakar III, during his homecoming to Enugu expressed delight at the level of popularity Gov. Ugwuanyi enjoys from the people including non-indigenes, noting that the governor was widely celebrated because of his humble disposition, closeness to the masses and commitment to peace, security and good governance.

Politically, the state chapter of Inter Party Advisory Council (IPAC), the umbrella organisation of all the political parties in the country, had recently commended Ugwuanyi for his effective leadership, which it said had engendered peace and good governance in the state “at a time when recession has become a ‘customised excuse’ for elected leaders for non-performance”.

The body in a statement by its state chairman and secretary, Mr. John Nwobodo and Mr. Ken Onyekaonwu, added that the governor had “managed with prudence, integrity, transparency and accountability the state’s lean resources” to pay workers’ salaries and retirees’ pensions and the 13th month salary to civil servants as Christmas bonus”.

Pensioners under the payroll of the state government during their latest solidarity visit to the governor reassured him of their “absolute loyalty and support” for his commitment to their welfare, in spite of the nation’s economic challenges”. The retirees disclosed that the governor has “continued to pay us pensions regularly”, which they noted “is vital for our existence”.

Also in the commendations and endorsements list are the state workers through the Organised Labour; public and private school teachers and proprietors; the local government workers (NULGE); students; tricycle, okada and taxi operators (NURTW); artisans, and various support groups, among others.

The gale of endorsements is a testament that Nigerians in general and Enugu State people in particular appreciate good governance when they see it, hence the clamour for him to continue in 2019. 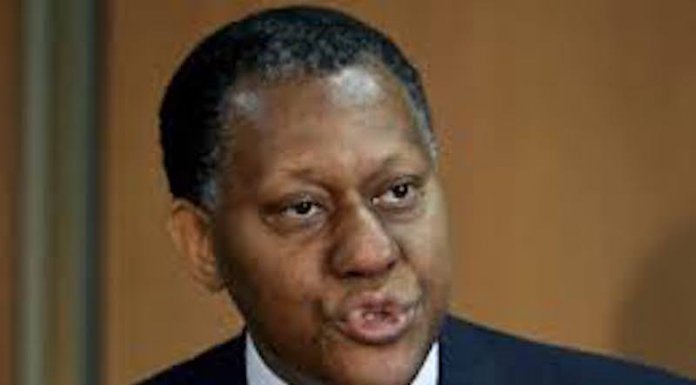