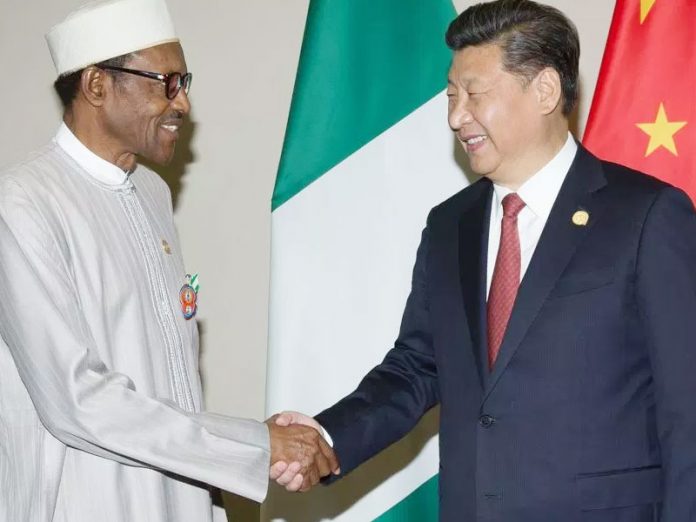 The China Commercial Consular to Nigeria, Mr. Hongliang Gao, has put the present value of trade between Nigeria and China at $7.2 billion, making China the third largest trading partner with Nigeria.

However, with the increased interest in investments and trade between both countries, the value is expected to surpass Nigeria’s trade with India, which is presently the country’s highest trading partner.

Speaking wednesday at the opening ceremony of the 2018 China-Nigeria Trade Fair in Lagos, Gao said the Chinese government was committed to a sustainable mutually beneficiary relationship with Nigeria.

Gao said, “Nigeria is Africa’s first population country and the largest economy. It is rich in natural resources, fertile land and huge market potential. In recent years, the friendship between China and Nigeria have been further strengthened, high-level exchanges have become closer, political mutual trust has deepened, bilateral economic and trade cooperation have achieved fruitful results, and the scale of trade has continued to expand.”

He added, “From January to June this year, the bilateral trade volume between China and Nigeria reached $7.2 billion. It increased by 7. 6 per cent year-on-year.

“At present, Nigeria is China’s third largest trading partner in Africa, the largest engineering contracting market and an important investment destination.
“The continuous and in-depth development of China-Nigeria economic and trade relations is in the common interest of the two peoples.”

He further spoke on the just concluded China Africa Summit, saying, “wednesday, the Beijing Summit of the Forum on China-Africa Cooperation was successfully concluded.

“Chinese President Xi Jinping shared the friendship and discussed the plans with the leaders of African countries. The Beijing Summit of the China-Africa Cooperation Forum is a major event in the historical development of China-Africa relations.

“It has established a historical monument of China-Africa friendly exchanges, played a strong voice of China-Africa economic and trade cooperation, and point out the future development direction of China –Africa relations.”
Furthermore, he said, “The China-Africa Cooperation Forum closed successfully yesterday. Today, the 2018 China -Nigeria Expo has entered Lagos and was grandly opened.
“It is just the right time. The Expo is an important measure for the organisers and exhibitors to actively respond to the national interest.

‘One Belt and One Road,’ initiative, explore emerging markets in African countries, and optimises the layout of the international market. In this exhibition, nearly 100 companies from 13 provinces and cities in China participated, 200 booths and 4,000 square meters of exhibition area.

Also, the Secretary General of International Silk Union, Mr. Jianming Fei, in his opening remarks said findings on Nigeria’s demand for silk had doubled in the past three years which he anticipated would establish a manufacturing base in Africa in no distant time.

In the same vein, the statement said a Chinese firm announced its decision to invest $200 million in an industrial park in Kano State, cotton farms in Funtua, Katsina State and textile and garment manufacturing establishments in Aba, Abia State and Lagos.

In a statement, Malam Garba Shehu, Senior Special Assistant to the President on Media and Publicity, said the $328million concessional loan agreement between Galaxy Backbone Limited and Huawei Technologies Limited (HUAWEI) was signed by Nigeria’s Minister of Finance, Kemi Adesoun and Wang Xiaotoa, Director-General of International Development Agency and witnessed by Buhari and Jinping.

He said Nigeria and China also signed a memorandum of understanding for One Belt One Road Initiative (OBOR).
According to him, Nigeria’s Minister of Foreign Affairs, Geoffrey Onyeama and Director, China’s National Development and Reform Commission, He Lifeng, signed OBOR, which he described as an initiative of Jinping, which focuses on improving connectivity and cooperation among multiple countries spread across the continents of Asia, Africa and Europe.

Shehu said during his meeting with Jinping, Buhari commended the Chinese government for successfully hosting FOCAC and solicited its support for Mambila hydropower project.

He also said the president thanked China for accepting to support the international efforts to recharge the Lake Chad Basin, quoting him as saying, “the inclusion of this project in the FOCAC Action Plan 2019 to 2021 will go a long way in supporting our efforts to rehabilitate and resettle the conflict-impacted North East region.”

The statement also said Buhari noted that easy movement of citizens of both Nigeria and China would complement the currency swap agreements recently signed by the central banks of both countries.

‘‘Since our last meeting two years ago, Nigeria has relaxed its visa requirements to Chinese citizens. Today, I am pleased to inform Your Excellency that Chinese citizens receive Nigerian visas in less than 48 hours.

‘‘Another measure that will improve our trade volumes will be to introduce import duty waivers on Nigeria’s commodity exports to China. Today, our commodities such as sesame seeds, hibiscus and cassava amongst others attract import duty in China,’’ Buhari was quoted.

The statement also said Buhari lauded China’s support for two permanent seats for Africa at the United Nations (UN), noting that the reform of the Security Council would ensure equitable representation for the continent.
It added that in his remarks, Jinping who commended Nigeria’s fight against terrorism and the progress that has been made so far, promised China’s support in capacity building and intelligence sharing.

It also said he pledged 50 million Chinese Yuan support to Nigeria’s military, saying ‘‘Buhari is as decisive in dealing with terrorism as China.’’

Furthermore, it said the Chinese President said China would import more agricultural products from Nigeria and expressed gratitude to Buhari on Nigeria’s interest to participate in the forthcoming Chinese Import Fair.

On Mambilla, the statement said the Chinese leader said, “we understand how critical the project is to your country and we will take a serious look at it and ensure that it succeeds because of its social and economic benefits.’’
Shehu also said on the sidelines of FOCAC summit, Ruyi Group, a leading Chinese company met Buhari with a plan to invest $200 million in an industrial park in Kano State, cotton farms in Funtua, Katsina State and textile and garment manufacturing establishments in Aba, Abia State and Lagos.

He said the proposed investment would cover the entire cotton value chain, farming, ginning, spinning, weaving and power generation to support the processes.

He added that Ruyi Group Chairman, Mr. Yafu Qui told Buhari that they settled for Nigeria because of the country’s population, abundant human and material resources and a ‘strong leadership’ that has diversification agenda for the country.