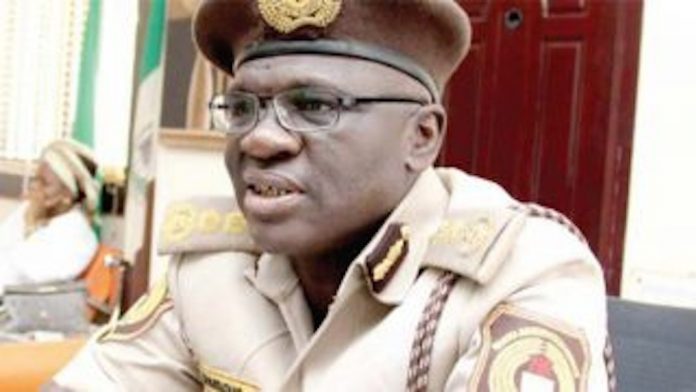 A former Controller General of the Immigration Service, Mr. David Paradang, has charged the Peoples Democratic Party (PDP) to work as a team, saying that if the members work together, winning the presidency would not be a difficult task.

Addressing supporters in the party secretariat in Jos, where he went to submit his nomination form, Paradang, who is aspiring for the position of senator representing Plateau Central zone, said: “Let us as a team do what it takes to make the party great.

“PDP can win presidency, governorship, the three Senate seats and even local government seats on the Plateau if we work as a team.”

He added: “Whether I win or lose, PDP is my party; I took my time to make the choice of PDP even as an opposition party, and there will be no reason to leave for another party. I am a loyal party man to the core; I will do what my people ask me to do.

“I have worked to become the Controller General of Immigration; the exposure I’ve got shall be brought to benefit the state and plateau Central in the National Assembly.

“As much as I want to do all these, you must be the one to put me there by voting for me. So, don’t take the exercise lightly. Some of you left your farms, left your schools, closed your shops to follow me to this place; I cannot afford to make a joke of your sacrifices. I will deliver on my campaign promises.

“We had Joseph Gomwalk our son who did very well when he governed Benue/Plateau; I shall step in his shoes and lead with the legacy he left behind.”

Paradang said he will work with other stakeholders to ensure that Plateau is secured again, where people will go to their farms and return safely.

Responding, the state Organising Secretary, Mr. Yakubu Gwom Chocho, expressed confidence in the ability of Paradang to do well when elected.

He lamented that the senator representing the zone (Joshua Dariye) got the mandate on the platform of the PDP but defected from the party. He however prayed God to “grant him peace where he is now”.