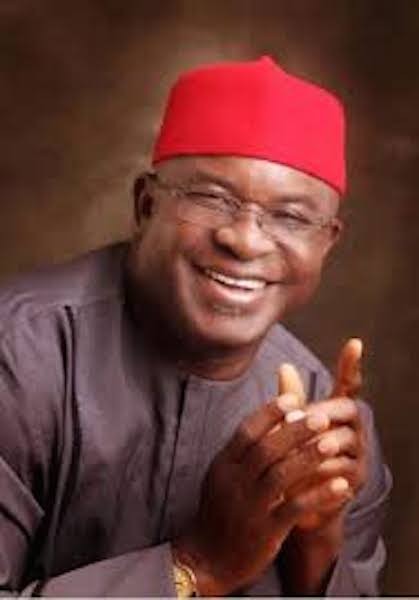 Former Senate President David Mark has formally declared his intention to vie for the office of the President on the platform of the Peoples Democratic Party (PDP) .

Mark disclosed this Tuesday in Abuja while picking expression of interest and nomination forms at the National Secretariat of the party.

He promised to stop the intractable security, economic and socio-political challenges threatening the corporate existence of the country, if elected president.

He also said that restructuring the country had become inevitable in order for everyone to have a sense of belonging.

According to him, “irrespective of our political persuasions, it is incontrovertible that restructuring of the nation is an idea whose time has come. I believe it will further strengthen our bond of brotherhood and unity more than ever before, because everyone would have a sense of belonging and live in harmony in any part of Nigeria without any fear of molestation and intimidation.”

He said he was optimistic that the chances of the PDP against the current government looks good, stressing that he doesn’t think anybody needs to preach the gospel anymore, adding; “if you can’t see it, you can perceive it. If you can’t perceive it, you can hear of it. It is obvious that the next election, PDP’s presidential candidate will win. “