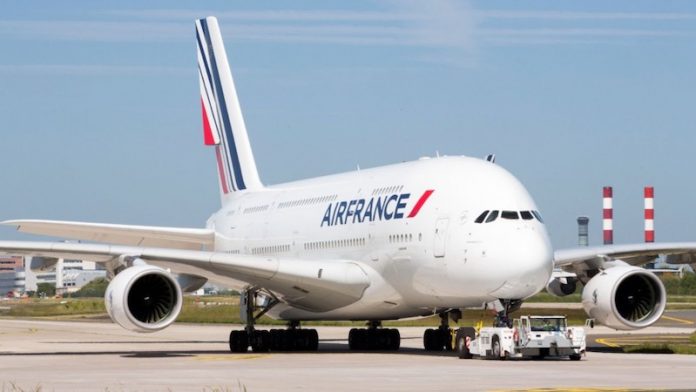 The Consumer Protection Council (CPC) has condemned the mistreatment of Nigerian passengers by Air France, which cancelled its Paris-Lagos flight on July 18, 2018, leaving many of the passengers stranded for two days.

In a statement signed by the Director General of CPC, Babatunde Irukera, the Council said despite the efforts by Air France to provide alternative flights for the passengers, many of them suffered severe inconveniences due to the inability of concerned authorities to provide them transit visa.

CPC said it was prompted to investigate the incident in response to the allegation of neglect and mistreatment leveled against the airline by passengers.

However, CPC said Air France had in response to requests from the Council provided material cooperation, and information including that the Air France Flight AF I04, operated with Air Belgium, from CDG (Charles De Gaulle, Paris) to LOS (Murtala Muhammed International Airport, Lagos) with scheduled departure for 1430 hrs (2.30 p.m.) and estimated arrival time at LOS of 1830hrs (6.30 p.m.) was initially delayed.

The airline said cancellation ultimately occurred at 1415hrs (2.15 p.m.) because of damage to the aircraft during boarding.

“There were potential visa issues with transiting passengers through other European countries that have transit visa requirements/restrictions.

There were limited available seats on other carriers as the travel period is considered a busy travel season,” the airline said in its response,” the airline explained.

The French mega carrier also explained that it did all it could to ensure passengers were able to fly to Lagos, the same day or the next, on partner and non-partner airlines, considering visa restrictions.

But CPC noted that the passengers continued or concluded their flights to Lagos in a fragmented and in discorganised manner; that some passengers were re-routed to Lagos via London with Virgin Atlantic Airways, on the same day or the next day, subject to seat availability on that airline.

“Air France’s flight on the next day, July 19, 2018 could only accommodate 65 passengers and same were transferred to that flight accordingly. The last 10 of the stranded passengers were lifted by Air France on its Paris to Lagos flight (AF 104), on July 20, 2018,” CPC said.

Air France, however, said it made credible efforts to secure visas for passengers who did not have any to facilitate entry into Paris for hotel accommodation, but the efforts were largely unsuccessful as the French authorities declined.

Senate Moves to Save Victims of Gunshots