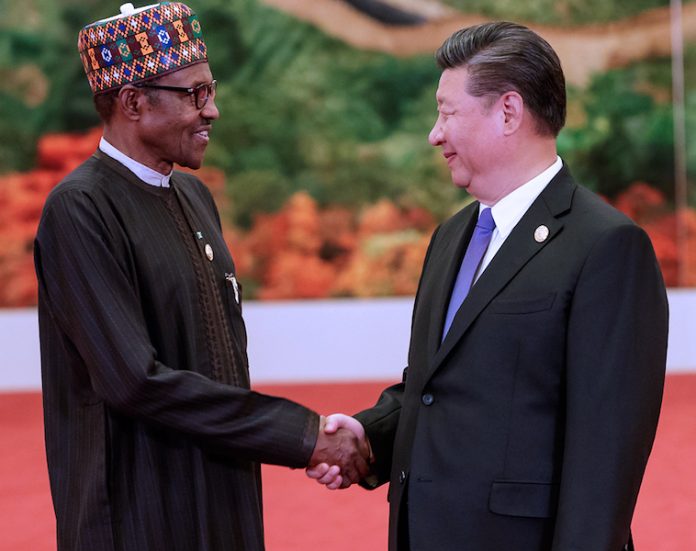 The President of China, Xi Jinping, Monday in Beijing, announced an extension of fresh $60 billion infrastructure financing for African countries.

The Chinese president unfolded the plan while delivering a keynote address at the opening of the 2018 Beijing Summit of the Forum on China-Africa Cooperation (FOCAC).

A statement by Senior Special Assistant to President Muhammadu Buhari on Media and Publicity, Malam Garba Shehu, said Jinping explained that the financing would include $15 billion grants, interest-free and concessional loans.

According to him, the financing is expected to be provided both as government assistance to the region and investment by Chinese financial institutions and companies.

The statement also said Jinping encouraged Chinese companies to make at least $10 billion investment in Africa in the next three years.

It added: “The Chinese President told the gathering of African leaders that with the announcement of the $60 billion, his country has honoured its 2015 promise to the region.

“All of these he noted, have been either delivered or arranged. He also said that China will exempt certain African countries from outstanding debts incurred in the form of interest-free Chinese government loans due by the end of 2018.

“The exemption, he said, will be granted to Africa’s least developed countries, heavily indebted and poor countries, landlocked and small island developing countries that have diplomatic relations with China.

“President Xi who also said China will implement eight major initiatives with African countries in the next three years and beyond, noted that the initiatives cover fields such as industrial promotion, infrastructure connectivity, trade facilitation, and green development.

“The decision of China to provide the funding support was taken at the FOCAC summit in Johannesburg, South Africa.”

The statement also said the Chinese president explained that funds being invested in Africa were not for ‘vanity projects’ but were meant to build infrastructure that could remove development bottlenecks.

It also said Jinping at a business forum before the start of a triennial China-Africa summit, told Chinese firms that they also had the responsibility to respect local people and the environment where they operate.

He added that China’s investment in Africa would continue to flow without political strings attached.

He quoted him as saying, “China does not interfere in Africa’s internal affairs and does not impose its own will on Africa.

“What we value is the sharing of development experience and the support we can offer to Africa’s national rejuvenation and prosperity.

“China’s cooperation with Africa is clearly targeted at the major bottlenecks to development. Resources for our cooperation are not to be spent on any vanity projects but in places where they count the most.”

Furthermore, the statement said Jinping tasked Chinese firms doing business in Africa to be aware of their social responsibilities and ensure their investments serve the community of its operation and improve the wellbeing of the people.

He was quoted as saying, “I hope that our entrepreneurs will act to fulfill social responsibilities and respect local culture and tradition.

“I also hope you will do more in staff training and bettering lives for the local people and will put more emphasis on the environment and resources.”