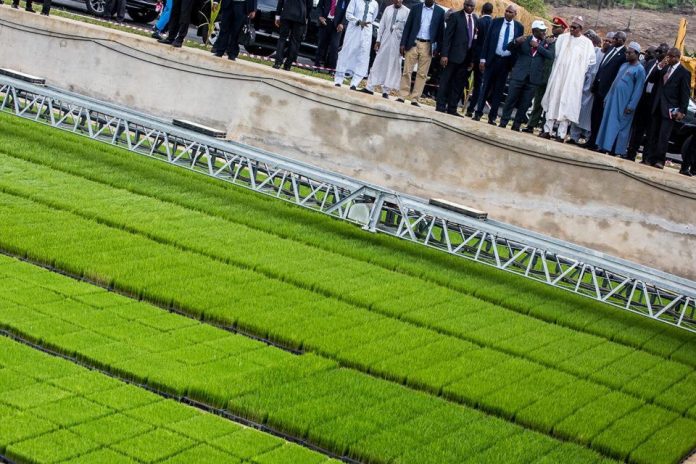 That the future of Nigeria’s economy lies in diversification from oil to other sources of revenue generation, especially agriculture and solid minerals, is not in doubt. What is uncertain is the readiness of government at the various levels to forcefully and decisively take the apparently difficult steps that need to be taken to bring about the badly needed diversification. But in Cross River State, the government of Professor Ben Ayade is demonstrating uncommon readiness to take the bull by the horns in the effort to diversify the Nigerian economy. The Ayade government has established a rice production facility that is set to change the country’s economic story.

For many decades, since the country’s oil boom era of the late 1960s to late 1970s, experts have advocated diversification to agriculture as the answer to the economic fragility occasioned by near-total dependence on oil.

From the records and accounts of economic historians, the component parts of Nigeria depended heavily on agricultural produce to run their economies from the period of legitimate trade in the pre-colonial era up until the first half decade of Nigeria’s independence.

Before the discovery of crude oil, and the export of the first barrels of the commodity, commonly called  ‘Black Gold’, Nigeria depended to a large extent on locally produced, and processed food crops to feed its growing population. Cash crops such as groundnuts, oil palm, rubber, cocoa and a host of others were the source of revenue from which the former eastern, western, and northern regions built their economies, and also contributed a percentage of their revenue to the federal government.

“Operation Feed the Nation” a policy introduced by the Military regime of Gen. Olusegun Obasanjo, between 1976and 1979 aimed at revolutionising agriculture and restoring it as the main stay of the nation’s economy achieved very little towards getting more Nigerians back to the farm. A similar policy the “Green Revolution” propagated by the administration of President Shehu Shagari in the Second Republic attempted to promote agricultural activities in the country. But it ended woefully. In fact, the importation and consumption of rice produced in foreign countries, especially Thailand had assumed an official dimension to the extent that a Presidential Task Force on Rice was established by the Shagari administration under the headship of Dr. Umaru Diko. Unfortunately, the task force on rice did not encourage the cultivation of rice locally.

Fast forward to October 26, 2017, while launching the brand of “Okun Rice” produced in Kogi State, at his Presidential Library in Abeokuta, Obasanjo blamed the Shagari administration for the nation’s failure to achieve self-sufficiency in rice production. “One of our problems in this country is inconsistency in policy. In 1979, we were getting to a place where we would be self-sufficient in rice production, but then a new administration came and set up a Presidential Committee on rice importation instead of a Presidential Committee on Exportation of rice. In no time, when the imported rice started arriving, those farmers who were cultivating rice gave up,” he said.

As of 2014, imported rice from Thailand to Nigeria stood at 1.23 million metric tons. For a third world country as Nigeria with a growing population and scare foreign resources due to over depended on crude oil, a mono-economy, it had become apparent that the nation had to act fast, and at least be able to feed itself, as it seeks to reestablish agriculture as the most reliable source for its economic sustenance.

One of the policies introduced by the current administration in the country under President Muhammdu Buhari to encourage food production locally is the “Rice Revolution”.

According to the Minister of Agriculture, Audu Odeh, the volume of rice importation dropped from 644,000 tons to 20,000 tons between 2015, and 2017, thus putting Nigeria’s rice production capacity in the year at 15 million metric tons.

But, rice farmers in the country believe they have the capacity to increase rice production to 24 million metric tons of rice annually. National Treasurer of Rice Farmers Association of Nigeria (RIFAN), Alhaji Sadiq Daware, recently said: “Nigeria has over 12 million rice farmers cultivating an average of 0.5 hectare for two to three farming cycles annually, with an average output of four metric tons per hectare. What we need are commitment and the belief that we can feed this country and also export.”

Obviously, it is this yawning gap in rice production in Nigeria that the administration of Ayade in Cross River State has set out on a deliberate and practical mission to fill. This explains why Ayade has boldly inducted the state into the hall of ‘Rice Revolution’ in the country, with a view to placing it among the top rice producers in Nigeria.

To demonstrate its seriousness, the state recently inaugurated the Cross River State Rice Seed and Seedlings Factory in Calabar, reputed to be the largest in Africa. Commissioning the over N3billion facility in June 26, this year, Buhari said the rice seedlings factory was a project inaugurated in tandem with his administration’s zero oil economic roadmap. Buhari said Ayade had become a reference point in that vision.

According to the president, “When we assumed the rein of leadership of our dear country, our administration launched a zero-oil economic roadmap as a way of making our country less dependent on oil, while encouraging investments in other sectors of the economy, particularly agriculture. I am happy that Governor Ayade keyed into that policy and has today become the reference point in our agricultural revolution effort. The factory, said to be the first in Africa, is an automated plant with a capacity to produce high yielding vitaminised, and disease resistant rice seedlings.”

At many fora, Ayade who has made it very clear that his vision is to establish the state as the leading producer of improved rice seedling not just in Nigeria, but in Africa, explained why his administration decided to set up the rice seedlings plant.

“We needed to change, and bring agriculture into a digital age and nexus. It is against that background that Cross River State under my watch and based on your advice, we focused on automated rice seed and seedling factory. We are just not stopping at providing seeds and seedlings, we have gone further to also set up the first vitaminised rice plant,” Ayade said.

Apart from adding improved quality of rice to the pool of staple foods in Nigeria, and abroad, it is envisaged that at full production capacity, the proceeds from the seedlings would add to the state’s income generating profile. The state Commissioner for Agriculture, Professor Anthony Eneji, said recently that the state expects to make an annual turn-over of about N13 Billion when it starts operating at maximum capacity, adding that the expected turn-over was quite humongous taking into consideration that the factory, which is wholly owned by the state government, was constructed at an estimated cost of N3 Billion. He said the amount covered planning, design, construction and equipping the factory with machines, access roads, and the fields for cultivation of the seedlings.

The commissioner said the production of the seedlings would commence on 1000 hectares of land. “It is expected to meet the hybrid seed demands of the entire South-south and South-east zone. If we get eight tons per hectare from each of these hectares, you multiply that by 1000 hectares, each harvest within three weeks or a month will yield a return of N1.2 billion. If you are selling one tone of hybrid rice at N150, 000, then you can use your calculator and do the arithmetic. You will know we are talking in billions of Naira,” he said.

Eneji said at the moment, the factory is wholly owned and run by the state government, but from every indication it is a worthy investment. “This is a totally self-sustaining project. If we manage it the way we are going, it can pay back whatever we are putting into this investment in three to four years. For management reasons the state has created a special SUV called Cross River Rice Company and charged it with management responsibility. It is under the Ministry of Agriculture. It is a state project,” the commissioner added.

He said the factory can handle rice seedlings of up to 200 or 300 hectares, adding that “the seedlings are raised on demand basis. You know they have to be taken off within three weeks. Our local rice; we are growing two tons per hectare at best. But with our hybrid seeds, we are aiming at minimum eight point five to nine tons per hectare. Actually, as we are making contacts we are going to bring some gem plasmas there that would help us advance even up to 13 tons per hectare, and so we would get the parent seeds from those centres of excellence, and be able to develop our local rice in our laboratory here in the rice centre.

“This facility is for raising seedlings, but we have laboratory for planning and for doing things for hybrid seed production. Hybrid seeds here mean that it is a seed gotten from two pairs. One could be high yielding, and the other disease resistant,” Eneji told journalists who were on a guided tour of the facility.

Eneje said the rice seedling factory would provide direct and indirect employment to thousands of people in the agriculture, and allied industries within and outside the state. “We would conservatively put the number of direct employment at 10, 000. But the indirect and other multiplier effects, those who would be farming rice at the various local government, and the layouts they are going to hire and everything, then the processors and so on, it is quite enormous,” he said. 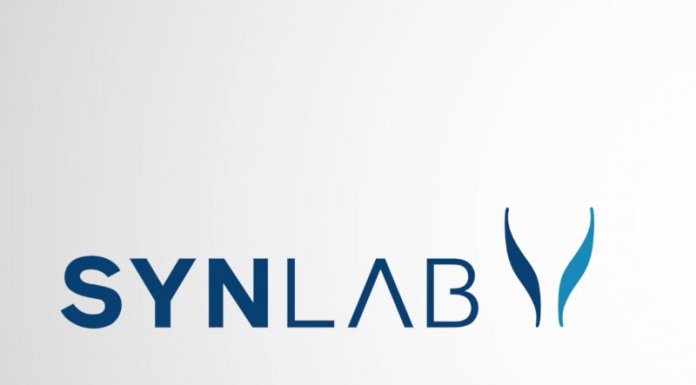