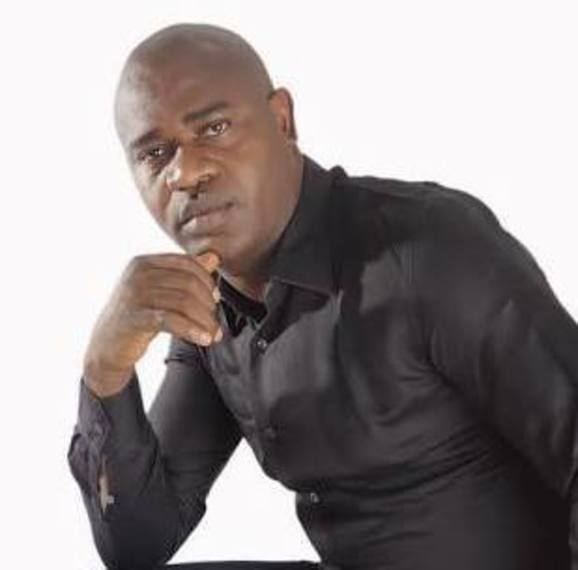 Though Lagos State is under the firm grip of the All Progressives Congress, the Peoples Democratic Party House of Representatives candidate in 2015, Hon. Tony Bakare, is itching to represent the constituency at the federal level, writes Jameelah Sanda

Having observed the trend of events and developments in Eti-Osa federal constituency of Lagos State in the past 16 years, Hon. Tony Omotesho Bakare is convinced that there has been a disconnect with the people of Eti-Osa local government in respect of their social and economic well being.

To him, for too long, people in that constituency have been taken for a ride, oppressed and treated with impunity. So, this time around, the “take it or leave it syndrome must stop – imposition must not continue any further, a growing consciousness that now translates into the Yoruba parlance (No More Baba S’ope).

Bakare had since arrived at the conclusion that Eti-Osa deserves a better deal and respect from the democratic order. To guarantee their rights, happiness and satisfaction, he opted to contest in the forthcoming House of Representatives electionslated for February 14, 2019.

In 2015, he won the ticket of the Peoples’ Democratic Party (PDP) to represent the interest of the constituency at the lower chamber of the National Assembly but he did not win the election but this time around, he is cocksure that he would record victory against the ruling All Progressives Congress (APC) at the general election.

According to him, his main drive is to impact positively on the people and change the political direction of Lagos State in accordance with the manifesto of the PDP.

At the completion of his course in Business Administration, he served for a number of years in the financial sector at Pacific Merchant Bank and Pinnacle Merchant Bank. He also worked with other institutions such as True Foods Nigeria Limited, MICON Engineering and Nigerian Ports Authority (NPA).

Thereafter, he decided to put the skills he acquired over the years to use in the private sector. As a man of immense abilities known for savvy business style and acumen, he developed interest in real estate, hospitality and hotel management sectors.

To his loyalists, Bakare is a competent manager of human and economic resources. He is well aware of the tragic story of the people and this was primarily what prompted him to join politics in his unquestionable thirst to rescue his people by joining other lawmakers to make laws for good governance. He said he would wish to be a part of the rescue and winning team.

“I am convinced in my innate ability to serve the constituents of Eti-Osa federal constituency, the party and the nation, especially leveraging on my wealth of experience to provide them with the level of service, performance and conduct they really deserve.

“My political ideology is predicated on accountability, fairness, and equity. I will ensure that the quality of life of the Nigerian masses is vastly improved. My values have been strongly shaped by my life experiences as well as the Nigerian political and economic situation,” he assured the people.

Commentaries on Bakare show that he lives a life of philanthropy in his community. He has remained a bonafide, committed and loyal card-carrying member of PDP since 1999. And he contributed immensely to the growth, development and success of the party through his work in various committees including the youth campaign for Osibanjo and the coalition of Goodluck Jonathan to mention a few.

Bakare said: “As a core party man, I have engaged in politics of consistency and loyalty- being fully committed to my party, PDP. Being a well-groomed grassroot politician, I believe in the fact that politics should be used as a tool to better the lives of other people, which informed my decision to run the House of Representatives race.

“I understand that the people of Eti-Osa federal constituency who own properties and reside around the coastal areas; the Atlantic splendour of Lagos State, the goose that lays the golden egg for the state, have peculiar problems which are real, serious and enormous. A reflection of famine in the midst of plenty. We shall economically emancipate the people of Eti-Osa federal constituency through unflinching, sagacious, articulate and purposeful representation in the House of Representatives.

“I am an independent-minded individual with an even-keel temperament, charisma and a knack for consensus building. I am known for bravery in speech as an advocate of the masses, and I listen to hard truths when necessary. I have a passion for good family, public education, health care, economic development and job creation vis-a-vis creating enabling opportunities and expanding the scope of tourism in Lagos State.

“I would like to explore Eti-Osa’s inherent aquatic splendour advantage and other tourism potentials. I am a firm proponent of ethical reforms and social integration for the greatest number.”

Given the mandate to lead the people, he said he would use the opportunity to initiate bills for the peace, progress, stability and good governance in the Federal Republic of Nigeria at large.

“We will effect a new generational change of leadership that will create monumental development in the constituency, which will cause a paradigm shift for the people of Eti-Osa for many years.

“I will address the various ecological challenges, erosion and man-made problems occasioned by years of neglect, decayed corruption and unguarded extrusions of the people in the area.

“There shall be immediate cancellation and subsequent conversion of the four toll-gates collection points at Admiralty, Conservation by chevron Round- About, Lagos Business School and Lekki Ikoyi link bridge to security check centre(s) and not for collection of tolls.

“I shall facilitate the establishment of Lekki road maintenance trust fund policy, and the removal of the abnormal fencing along the Lekki-Epe Expressway, which has negatively affected major business outfits, profits turnover and inhabitants.

“I shall advocate against the machinated demolition and displacement of Jakande and Ikota Housing Estates and residents by the APC-led administration, through mobilising and galvanising support at the Lagos State House of Assembly and Federal House of Representatives for the overall development of Eti-Osa federal constituency.

“I will ensure that the delivery of the dividends of democracy in Eti-Osa. The overall goal is to see to the actualisation of resource management, human capital development, employment opportunities for the youths, women empowerment, educational support programme, healthcare service delivery, welfarist goals and infrastructural development in Eti-Osa, ensuring that the impact of the three tiers of government (Local, State and Federal Government) is adequately realised and sustained for the greater benefits of the people of Eti-Osa.

“More so, I intend to create and unlock opportunities for the people of the area by harnessing the water bodies, which the area is abundantly blessed with.

“I would also boost the tourism potentials of the area, in order to alleviate poverty and avert the imminent ecological changes facing the coastlines and water front areas, such as erosions, illicit dredging, ocean surge, green gas emission, climate change burdens and travails, shall be taken head-on by the Lagos State and Federal Government of Nigeria.

“Ultimately, I will ensure the propagation of good laws. I am absolutely confident that I will utilise my representation to better the lots of the entire people of Eti-Osa and Nigerian masses by promoting bills, and onwards passage of beneficial and good laws,” he said.

Despite the fact that Lagos is currently in the strong grip of the APC, he is passionate about his ambition on the grounds that he possesses the criteria to turn around the lives of the people in the area and that the people know it.

“We cannot continue to say that all is well when our people are groaning under the agony of poverty, lack, joblessness, environmental hazards and political oppressions,” he noted.