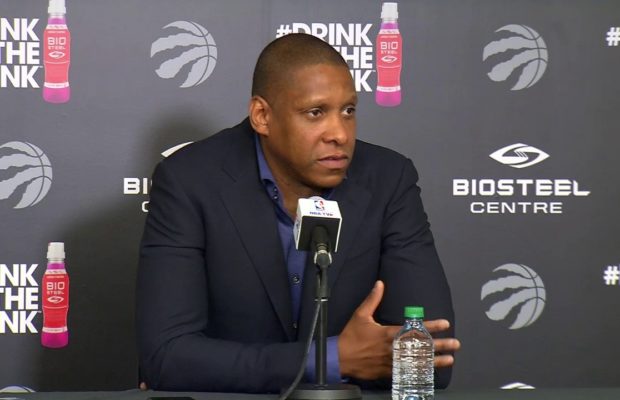 Giving back to the society was always upper most in his mind, hence the idea of the Giant of Africa Basketball where young Africans could develop their basketball skills and also prepare for the future. The camp which is now in its 15th year in Nigeria has also been taken to six other African countries – Rwanda, Uganda, Democratic Republic of Congo, Kenya, Ivory Coast and Senegal. Masai Ujiri, who recently broke the odds by taking the Giant of Africa to the refugee camp in Maiduguri, Kunle Adewale caught up with the President of NBA side, Toronto Raptors on his way to Senegal for the last leg of the Giant of Africa and he revealed some of the challenges facing the camp, the growth of basketball in Nigeria and many more

jiri, who broke the barriers and rose to become the President of NBA Club – Toronto Raptors, the first by an African. In 2012/13 season, he was voted the NBA Executive of the Year. In what has become a yearly ritual, Ujiri was in the country to organise his yearly Giant of Africa basketball camp.

The Giants of Africa basketball camp was held in Maiduguri, Borno State capital last weekend for the children in the troubled Nigerian city to mark the end of the 2018 activities in Nigeria. The programme run by Ujiri of the Toronto Raptors, provided basketball and life training to 105 youngsters at the National Stadium in Lagos from August 21 to 25 before the team jet out of the Murtala Muhammed Airport Saturday afternoon for the trip to Dakar.

“For us, bringing the girls camp to Nigeria after the successes recorded in Kenya has been a priority for me, but resources has always been a challenge, but I’m happy we broke that hurdle. “This year’s edition has been very successful and taking the Giants of Africa to Maiduguri has been very fulfilling.

The target has always to impact on the youths, it’s not only basketball fundamentals that we teach, we also teach some of the basic things of life like honesty,” Ujiri said.

Asked why he took the Giant of Africa to Maiduguri, he responded,

“Sometimes you have to go and see for yourself how and what is happening in the place aside from what you read and hear in the news. I just wanted to make people understand that youths live there too and basketball lives there too. If we can take the game there and encourage young boys and girls that live there it’s not a bad idea because it is not the time neglect them and we are very well welcome by people in the community,” he noted.

On how often he would be taking the Giant of Africa to Maiduguri considering the restiveness of the area.

“If it’s something I can do again next year I would not mind. It’s something I would like to do often, we have to encourage youths in areas like that who are less opportune. There are kids in these areas that need opportunity because they had nothing to do with the issues happening there, they were not necessary involved with what is happening in the area, so why can’t they be given an opportunity of a game like basketball and that is mentality that we have with Giant of Africa to giving back to community like this,” the Raptors President said.

He said, “Yes, it was really worth the try for us in Maiduguri. We saw the same kind of passion and talent we have seen in other places. That zone may been quite under turmoil for years now but the children there are humans like us; they love basketball and they want to live like other people in Lagos, Nairobi or New York. The situation over there is quite beyond their control but nobody can put down their passion for sports and good life.

“We went there because we wanted people to know that people that can add a lot of value to the game live in Maiduguri. The visit also provided us a lot of opportunities to reflect over a lot of things. For instance my partner Godwin Owinje lived in that city as a child for about seven or eight years and had a lot of catching up to do. I lived in Zaria and had visited Maiduguri few times growing up and I saw a lot of old friends over there too.

“I can’t forget how the teens and adults received us and savoured every moment while it lasted.”

Ujiri however admitted that combining his position as the president of Toroto Raptors with Giant of Africa was tasking.

“I was a youth in this in this country but I was not the smartest person and now I see are lot of kids that are very smart and so talented and if I can get to where I am now there are so many kids that can do even better, and sometimes it is that low window that they need and hopefully maybe I can create that in some kind of way. If I don’t do this that means am not grateful for the opportunity that God has given to me. The joy I derive from doing it is just priceless,” he said.

On why Nigeria has not done well in basketball at the global level in spite of the enormous talent in the country, Ujiri attributed it to lack of consistency.

Ujiri said: “We lack continuity; we lack organisation, facilities and coaching which are key to the development of basketball at the grassroots level. We lack tournaments. When I was growing up there are a lot of competitions like the Vitamalt U-18, 7UP U-19. There were a lot of basketball competitions going on that keeps developing the game, but I don’t get to hear about them anymore.”

Giants of Africa, the not-for-profit co-founded by Raptors president, Ujiri are working across seven countries across the African continent this August. Celebrating its 15th anniversary, Giants of Africa has hosted basketball camps and community outreach initiatives in.

Ujiri earlier on said, “Over the past 15 years, I have seen the impact basketball can have not only on one kid, but also on their entire community.

“When I started Giants of Africa, I envisioned providing African youth access to the game and empowering them to achieve their greatest potential. With 63 per cent of Africa’s population below the age of 25, we have a huge goal and responsibility to help them develop. We are excited that this year we are able to extend our reach further across the continent to help realise that dream.”

The organization had girls’ camps in tandem with its boys’ camps in Kenya, Nigeria and Senegal. Giants of Africa also activated local outreach initiatives in the communities of Kakuma, Maiduguri as well as Bingereville, Ivory Coast. 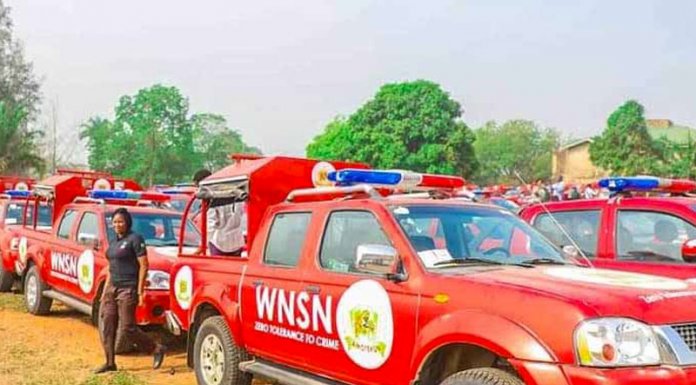