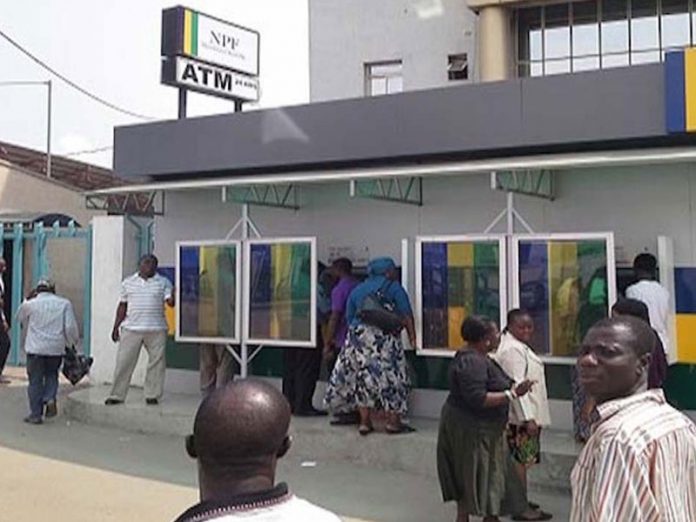 Over the past decade, many high-profile corporations and business or industry associations have responded to civil society and consumer pressures, market opportunities, and new thinking on “good governance” and management by projecting an environmentally – and socially – responsible image.

That is why founded on the vision to be a leader in the provision of services, via the mission of creating value and wealth for its stakeholders through sustainable provision of microfinance products and service, the NPF Microfinance bank Plc, in celebrating its 25 years of banking services has incorporated a significant corporate social responsibility (CSR) index to support government initiatives in dealing with the burden of poverty and other socio-economic challenges in the country. The bank has invested over N6.4 billion in CSR initiatives.

Recognising the need of persons in various internally displaced persons’ (IDP) camps, the bank visited a couple of IDPs in the country and other homes for the needy as part of its celebration.

In line with its avowed CSR commitment, the bank’s management in commemoration of its 25 anniversary visit the IDP camps in Benin City and Maiduguri where materials and other items valued at millions of naira was donated to inmates.

Also, the bank put smiles in the faces of inmates and children at the Living Spring Orghanage Victoria Island Lagos. Key items donated to these centers include, Diapers,Toiletries, Food Stuffs, Diesel to provide constant electricity to them, Branded Souvenir and money to enable them take care of other important requirements.

The Chairman of the bank, Azubuko Joel Udah, while speaking at a recent forum, recalled with nostalgia how the journey of the organisation started with one man’s dream, 25 years ago.

Addressing his audience which included the Inspector General of Police, Ibrahim K. Idris, represented by AIG Adamu Ibrahim, retired Inspector Generals of Police, serving and retired DIGs, AIGs, CPs and other top Police Officers as well as representatives of the Central Bank of Nigeria, Securities and Exchange Commission, Nigeria Stock Exchange and Nigeria Deposit Insurance Corporation, among other personalities, 25 years in the life of an individual or organisation was indeed very significant.

According to him, from a humble beginning which started on 19th August, 1993 to date it has been a steady and progressive step in the history of the bank.

With a start-up capital of N500,000, staff of less than 10 and a single branch, the bank has metamorphosed into a market leader with 28 branches spread across the six geo-political zones of the country and staff strength of over 500.

Udah paid tribute to the founding father of the bankm Alhaji Ibrahim Atta, whose vision and foresight has given employment hope to many Nigerians.

“We celebrate today and subsequent IGPs for their unflinching support and trust in us. Serving and retired Directors for their selfless service, the regulatory authorities for keeping us on our toes, our teeming and supportive valuable customers who have continued to be very supportive of us and driving the microfinance genre together, the management and staff of the bank who through their commitment to the vision of the bank has kept the flag flying and to others who have in one way or the other contributed to our growth and success,” he said.

In his remarks, the Managing Director of the bank, Akin Lawal, also appreciated the vision of the founding father of the bank whose vision germinated into a reality that has come to stay having stood the test of time.
Lawal said the bank started with an authorised share capital of N500,000 in1993 and has grown over the years to a significant N3 billion.

Presently, its shareholders’ fund stands at N4.75 billion with a total asset above N16 billion, noting that the bank has been paying dividends consistently to its esteemed shareholders for the last 22 years.

“Operationally, I am pleased to inform you that NPF Microfinance Bank Plc is a professionally managed and conservative financial institution providing a wide range of banking products and services to customers in all our outlets.
“Some of our services includes various types of current Account, Savings Account, Loans and Advances as well as Financial Advisory Services to members of the Police Community and the general public,” he said.

In recognition of its high level performances, the bank has, over the years, won several laurels, among which are the Top 25 CEO’s of companies quoted on the floor of Nigeria Stock Exchange (2015 and 2016), PEAL Award as Highest Dividend-yielding Microfinance Bank (2015), CIBN Most Supportive microfinance bank (2015, 2016, 2017, 2018), Crime Watch Microfinance Bank of the Year (2017), and Business day Banking award: the best Microfinance Bank in CSR (2016)

Presently, the bank has a workforce of 600 made up of 317 permanent staff some of whom have been with the bank since the commencement of operation which depicts sustainability, stability, consistency, firmness and reliability.
“Our staff are loyal, dependable, reliable, trustworthy and experienced, they are ready to give their all for the course of the organisation and I believe this is what has contributed to the success of the bank.

“It is good to put on record that the bank has the highest number of Certified Microfinance Bankers as an institution within the Microfinance sector,” Lawal added.

The bank credits its successes on professionalism, integrity, customer-focus, excellence, loyalty and team-work, the guiding principles that has helped the organisation to be focused and single-minded in achieving its objectives over the years.

Similarly, the bank’s pricing is equal to none in the industry, making it possible to compete favorably in the market thereby encouraging good patronage, by business model and learn new skills to make its business more efficient.

The bank is driven by strategic planning usually with a life span of three years, with a robust risk management culture and over the years has been consistent in adopting International Standard Organisation (ISO) risk management process in carrying out its business activities with a view to providing an effective response to the management of inherent risk in the organisation.

Another feature is the bank’s culture of zero tolerance to fraud as any reported cases of fraud are met with appropriate sanction, as it maintains Efficient Management Information System (MIS) that facilitates effective organizational and individual performance management.

Aggressive marketing, driven by market-facing organogram and dominant field officers as part of our staff mix has further sustained the banks operations over the year.

As part of its outreach plans the bank currently have an approval for seven new branches within the next one year, a development that will increase its network to a commendable number of 35 by 2019. The bank is being driven by a strategic plan of 3 years. The current one running out in 2018 is to be replaced with a 2019-2021.

According to Lawal, the bank’s focus is to be technologically driven and is currently deploying world class IT solution, so robust in service delivery to enable us embrace electronic banking products such as USSD, mobile banking, agency banking, internet banking, etc, assuring that with the support of shareholders, the board, and the quality of management and staff the bank would continue on the part of diligence, hard work and innovation, as there is a good chance that in the next 25 years to come, the bank would be operating at another phase of banking categorisation in Nigeria.

He said that every successive Inspector General of Police (IGP) has contributed immensely to the success story of the bank and the vision to improve the welfare of police officers and men.

The bank looks at future with enthusiasm haven lined up plans to cushion effects of hard economy and reducing the excruciating pain of doing business in Nigeria via so many ways.

The bank intends to achieve this with the collaboration of the Central Bank of Nigeria and has enlarged number of reputable organisations to help it in the fight against poverty.

The bank is currently collaborating with Development Bank of Nigeria, DBN, involving them in the national MSME clinic tour in search of Micro and SME customers and deepening financial inclusion which is symbiotically rewarding.

As the bank wraps up its first phase of three-year strategic plan 2016 to 2018, the management is in discussion with a world class consultant that is not only knowledgeable in Local economy but versatile in Microfinance banking to start off a more robust audacious goals that will be anchored on its key business mantra which are safety, return and speed of transactions. The management intends to reduce its concentration risks and increase the deposit base of the bank at a reasonable opportunity cost of transaction.

JOE BIDEN – WHERE IS THE FEDERAL CHARACTER?