James Emejo in Abuja and Chinedu Eze in Lagos

This is coming as the Minister of Agriculture and Rural Development, Chief Audu Ogbeh, Wednesday said the ministry would ensure that farmers repay loans granted them through the apex bank’s Real Sector Support Facility (RSSF), warning that there would be no excuses for default.

Speaking Wednesday in Lagos, the Executive Director, Bank of Agriculture, Mr. Niyi Akenzua, said plans were underway to disburse more funds before the end of the year.

He said the Bank of Agriculture was working in collaboration with the CBN to boost rice production in Nigeria, adding that the efforts made in local production of rice has saved Nigeria about $800 million in foreign exchange.
He said Nigeria would cease to import rice by the end of 2019 because it would be able to meet local demand of rice before the end of the next year.

Akenzua said the N150 billion was part of the N250 billion intervention fund given to the Bank of Agriculture by the federal government in 2016 to boost food production in the country.

“When this government took over, the price of crude was very low. That forced the administration to look to agriculture to revive the economy. That was how the Bank of Agriculture was revived. In 2016, government gave the bank N250 billion intervention fund. In 2017, we disbursed N100 billion for anchor borrowers to boost rice production. This year, we have already disbursed N50 billion. We are working in collaboration with CBN and our target is that by end of next year, Nigeria will stop importation of rice. With the progress we have made in local rice production so far, we have saved government almost $800 million in foreign exchange,” Akenzua said.

Speaking at an event organised by Crenov 8 to sensitise farmers and the public on the planned meet-the-farmers conference slated for October in Lagos, Akenzua said the Bank of Agriculture is ready to disburse loans to farmers to boost rice production and other farm produce.

Akenzua commended Crenov8 Consulting, a leading consulting and digital technology firm, which is connecting African farmers to Middle East where farm produce from Africa is in high demand.

The consulting firm said at the pre-conference media launch that it would hold agro export gathering tagged ‘Meet-the-Farmers Conference (MTFC)’ on October 10, 2018 in Lagos.

“Meet The Farmers’ conference is an agro stakeholders’ conference that aims to connect large scale agro-commodity producers to buyers from the Middle East. Key Stakeholders from Africa and GCC (Middle East) will come together during the one-day event to network, collaborate, and form potential business partnerships across borders to ensure food security in the Middle East and promote agribusiness in Africa.

Crenov8 embarked on this mission in 2017 to create a platform where the African agricultural producers will meet with the off takers in the Middle East and beyond.

According to Crenov 8’s spokesman, Bola Oyedele, the main purpose of this event is to establish and strengthen the international trade ties that exist between Africa and the GCC through agriculture, utilising the unique
positioning of Dubai as a hub.

No Excuse for Loan Default

Meanwhile, Ogbeh has assured Nigerians that his ministry will join hands to ensure that farmers repay loans granted them through the CBN’s Real Sector Support Facility (RSSF), warning that there will be no excuses for default.

He said given that refinancing of existing loans are forbidden under the programme, borrowers, particularly farmers and industrialists are advised to strictly adhere to the terms and conditions of the loans and utilise funds for the purpose for which it was granted.

Addressing journalists at a press briefing, the minister said borrowers would have “to swear to God and yourself that you will repay. We don’t want the banks losing all their money on grounds of charity”.

He noted that the terms of the loans are healthy at seven-year tenure, two-year moratorium and a maximum of N10 billion per borrower.

He, however, expressed concern about the common farmers who form the bulk of the population as they may be unable to meet conditions for accessing the CBN intervention.

According to him, “We are going to work out a system where cooperatives become the borrowers on behalf of their members since they don’t have relevant collateral to provide the banks.

“We want to sit with the CBN and tell the banks that a certain portion of your loans must be reserved for people who are borrowing N300,000 to N2 million, especially young people who want to add value.”

He added: “We will work out a formula where no one is left out because if the big guys take it and banks will rather deal with the big guys to save them the problem of pursuing borrowers all over the villages- the cooperative will do the job.

“We will also talk with microfinance banks to see if they can charge nine per cent.”

Ogbeh also said the ministry is currently working with the Nigeria Incentive-Based Risk Sharing System for Agricultural Lending (NIRSAL) to see how lending to agriculture could further be reduced to between five and six per cent.

According to him, borrowers are mandated to make the project and records available for inspection and verification by the apex bank.

While expressing immense gratitude to President Muhammadu Buhari, the CBN and the Bankers’ Committee for the new policy of single digit – nine per cent lending to the agriculture and manufacturing sectors, the minister said the new regime represented a major step towards reversing the horrible damage done to Africa by the Structural Adjustment Programme (SAP) of the mid-eighties.

He said the outrageous interest charges by commercial banks over the last three decades had largely been responsible for the slow growth of the economy.

He said: “We also urge borrowers especially farmers and industrialists to ensure, they repay whatever they borrow because banks are not charitable organisations, especially as we intend to use the co-operatives to move agricultural credit to the most vulnerable segment of our population namely the women and the youths.”

He added that with the new interest rate regime, which was facilitated by his ministry, there is no further excuse why farmers should lag behind.

Ogbeh reiterated the CBN’s warning that the facility is not for lending to traders, stressing that an individual who may want to borrow under the guise of agriculture or manufacturing will be denied credit.

He said: “We need to grow this economy, we need to feed this country; the population is growing at frightening rate and we can’t afford a situation where someday, Nigeria falls short of food and we begin to experience the kinds of problems which another country — Venezuela — is facing.”

He said the ministry would continue to pursue the growth of agriculture particularly exports as “the oil and gas era may not be with us for too long.” 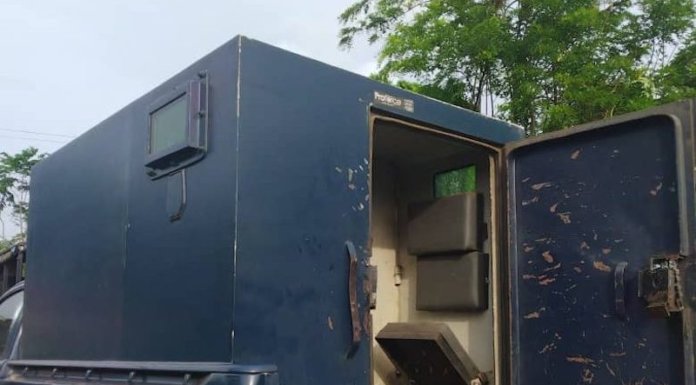 Google to Boost Startup Ecosystem in Nigeria, Others