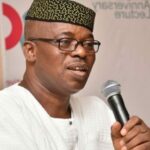 Two estranged political associates — both governor and deputy governor of Niger State — in the last political dispensation, have now reconciled ahead of the Peoples Democratic Party (PDP) governorship primary election in the state.

Interests in the 2015 governorship election split ex-Governor Mu’azu Babangida Aliyu and his deputy, Ahmed Musa Ibeto, leading to Ibeto losing the governorship ticket of the PDP to the Chief of Staff to Aliyu, Alhaji Umar Mohammed Nasko.

The PDP on its part lost the governorship of the state to the then All Progressives Congress (APC) governorship candidate, Alhaji Abubakar Sani Bello.

Competent sources close to both former Governor Aliyu and Alhaji Ibeto said the duo were reconciled by one of the retired generals and head of state from the state.

It was gathered that the reconciliation meeting took place during the eid-el-kabir festival.

The source told THISDAY in Minna that the duo are “now back in good standing” because they had resolved their “differences for good”.

The reconciliation, according to the source, had been applauded as a move that would profit the growth and unity of the PDP which is aiming to wrest power from the governing APC in the state.

Ibeto when contacted confirmed the story, saying: “We have met and are now reconciled”, but declined to give details.

However, the former Governor Aliyu could not be reached for his comments.

Meanwhile, the Ibeto Vanguard Group, the campaign machine drumming support for the gubernatorial ambition of Ibeto ahead of the PDP’s primary election in Niger State is planning to organise “a huge rally” in Minna, the state capital, to woo more supporters across party lines for the aspirant.

The Ibeto campaign group had been working underground since Ibeto, Nigeria’s immediate past ambassador to South Africa, resigned his appointment and returned home last month to join the race for the governorship on the platform of PDP.

During the rally, some members of the APC that had defected to the PDP because of Ibeto, among them the former chairman of Rafi Local Government, Alhaji Pius Pangu, and a former director general in the APC government would be unveiled.