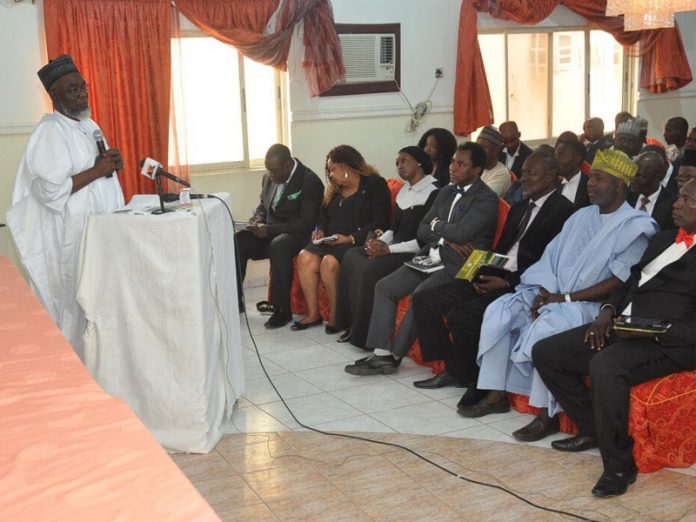 Alex Enumah writes that the ideas that emerged from a recent interface between the Nigerian Bar Association and the government and people of Zamfara State, when the NBA leadership visited the state, are critical in the effort to address the menace of armed banditry in the region

When the national leadership of the Nigerian Bar Association (NBA) set out on a visit to Zamfara State on August 17, the motive was simple: to interface with the people and collectively find lasting solution to the ravaging activities of some groups of armed bandits, that has almost crippled life and the economy of the state with the magnitude of the wanton destruction of lives and properties they always leave in their wake after each operation.

NBA National President, Abubakar Mahmoud set the stage rolling with this tune, “Our objective is to express our concern and sympathy to the people of Zamfara. We are here to hear from victims and stakeholders about what is happening and what could be done.”

Mahmoud, in addition, assured the gathering that the visit was not political but aimed at ‘promoting peace, resolving the conflict as well as upholding the constitution of Nigeria”.

While he called on the people to feel free to bare their minds, he promised that perpetrators of the heinous crime, “No matter how high or low, would be caught and prosecuted in line with the law”.

That said, the floodgates of accusations and counter accusations, tailored along mainly ethnic and political sentiments were opened during the feedback. While some claimed the crisis was an offshoot of the usual herder-farmer conflict over land, other speakers also identified poverty, unemployment, corruption, ignorance, ethnic and religious sentiment as some of the factors fuelling insecurity in the state.

Yet, some others blamed it on both ethnic and political sentiments, which they linked with the current administration of Governor Abdul’aziz Yari. Nearly all who spoke at the occasion seemingly berated the governor for running the administration from outside Zamfara and called on the federal government to declare a state of emergency in the state. Others who identified poverty, unemployment, corruption, ignorance, ethnic, religious sentiments and lack of trust in government as some of the factors fuelling insecurity in the state, advocated for quality leadership and urged the people to endeavour to vote for capable and competent leaders in the next election.

A former senator, Saidu Dansadau, who stated that the management of security was time bound and capital-intensive, expressed regret that there was no leadership on ground to monitor how such money was spent or even take appropriate and swift action on available intelligence.

For Aliyu Gusau, the Director of Public Prosecution in the Federal Ministry of Justice, the issue was that the people of the state no longer trusted the government. He said: “The communities are more loyal to the bandits because promises and assurances given by the government were never fulfilled.”

He also blamed lawyers in the state for being too quick to defend and secure bail for arrested bandits, and attributed this to the failure of justice delivery in the state.

But to Abdullahi Usman, a Lower Sharia Court Judge, who urged the people to place the problem above politics, blamed it on marginalisation. He claimed that whenever there was conflict, state intervention normally takes side with farmers against herders, adding that the fulanis were also not members of the vigilante set up to tackle issue of cattle rustling in the state.

But some others were quick to submit that “no matter the cause, it was not enough reason for the wanton destruction of lives and properties”, adding that the fulanis cannot claim marginalisation since the deputy governor, Mallam Ibrahim Wakkala, a Fulani, was head of a conflict resolution committee.

On his part, Chairman, Trade Union Congress (TUC), Zamfara branch, Monsuru Mustapha, blamed the problem of insecurity on growing poverty rate, unemployment, poor governance, porous borders and the abandonment of measures of peace building adopted in the past.

“The problem started when the farmers and fulanis stopped meeting in 2015”, he said “and government also made the mistake by involving politicians in resolving this conflicts”.

The only female speaker at the event, Mrs. Maryam Ali Abdullahi, attributed the problem to undue ethnic consciousness, poverty, unemployment, increasing cases of social vices like drug addiction and the failure of parents to effectively instill moral values on their wards.

But Secretary to the Zamfara State Government (SSG), Prof. Muhammad Shinkafi, thought otherwise. He argued that the issue of insecurity is a global phenomenon which should not be blamed on the state government.

Though stakeholders at the meeting disagreed on the causes of the crisis and when it began, they however, agreed that the time to take genuine and drastic measures to end the crisis is now. According to the SSG, the crisis which started as a minor clash between herders and farmers has been taken over by armed bandits who are bent on running the state aground.

“As at today, we have about 10 major flashpoint in the state”, he said, adding that “over 40 attacks since 2009 , resulting in the death of over 3,000 persons, destruction of over 2,000 homes, business premises destroyed, including about 2,000 hectares of farmland, 500 vehicles burnt, villages over-run by the bandits and the abduction of over 500 persons for ransom”.

He noted that the situation has created palpable fear in the people and this in turn has crippled the economy of the state. Shinkafi, disclosed that the state government has so far spent over N17bn in its quest at finding lasting solution to the lingering insecurity issue that has been ravaging the state in recent times.

He said the amount which runs from 2011 to date covers payment of allowances, purchase of vehicles and other logistics to security operatives. “Part of the money was also used to provide offices and residential accommodation to men of the 223 battalion, 607 Quick Response, 1Brigade and the General Officer Commanding (GOC) units”, he said, adding that the state government also provided some form of assistance to families and victims of the attacks to the tune of N2bn.

While he remarked that the state has been sitting on a time bomb for so long, Shinkafi however emphasised the need for a concerted effort by all to halt the onslaughts. He further attributed the banditry to shortage of manpower in the state, stressing the need for more indigenes to show interest in joining the security services to protect the state.

Shinkafi, while reeling out efforts by the Abdul’aziz Yari led administration in returning the state back to its position of being the most peaceful state in the federation, said education as well as the need for people to limit the size of their family is crucial in taming the menace of insecurity in the state.

“We have to work on the education of the people, unfortunately people wear good clothes, drive good cars but cannot pay school fees”, he lamented. “When as parents you do not attend to your children, the bandits hijack them and recruit them to work for them. And as a man, you don’t have to marry four wives if you know you don’t have the means”, he added.

The SSG thanked the NBA for the visit and promised that the state government would appreciate and implement recommendations from the NBA, which would bring about peace in Zamfara State.

Going beyond recommendations from the NBA, the stakeholders also posited workable solutions for the crisis. For Senator Dansadau, whose position was re-echoed by majority of the speakers, “a state of emergency should be declared in Zamfara. That is the way to address this problem. It is not only about deploying soldiers and other security agents. The issue requires fundamental decision”.

Mustapha on his part, urged the governor to spend more time in the state and suggested the resumption of the periodic meetings of leaders of farmers and herders from the three main ethnic groups in the state – Hausa, Fulani and Zuru) – where issues of concern and disputes were tabled and addressed.

In addition, he advised Yari to see his appointment as the Chairman of the Nigerian Governors Forum (NGF), which he believed was always keeping the Governor away from the state, as a secondary responsibility.

However, Mrs. Abdullahi, was of the opinion that the problem would abate when state’s institutions learn to ensure justice for all, address the problem of social inequality, illiteracy, unemployment and drug addiction, just as the Emir of Zurmi, Abubakar Atiku Mohammed, said the people of the emirate needs solution to the persistent banditry in the town and not sympathy or condolences.

Reacting, the NBA president, lamented the huge cost spent in the pursuit of peace by the state, noting that such amount would have impacted positively on the state’s economy. He remarked that security operations by federal agencies anywhere in the country must be funded by the federal government and not states.

He however, emphasised that funding aside, the state government must show leadership in the fight against insecurity. Meanwhile, commending the high turnout and the various contributions made, he assured that the NBA would make judicious use of information received in its report and recommendations to relevant authorities.

He also assured that the association would confront the governor over the various allegations against him particularly, his non availability to attend to important and urgent state matters.

Nonetheless, a lot of efforts have been put in place both at state and federal levels, but very little have been achieved in containing the situation. It is hoped that the NBA’s visit may just chart the road-map for lasting peace in Zamfara State.