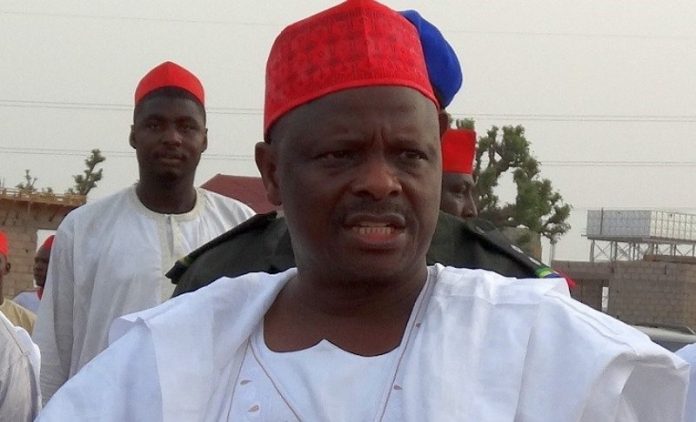 Less than 24 hours to the date slated by the former Kano State Governor, Rabiu Kwankwaso, to declare his presidential bid, the federal government has denied him access to Abuja’s Eagle Square, the proposed venue of the event.
It was gathered that the government has also denied the former governor access to the Old Parade Ground, another major public arena.
Kwankwaso, who recently defected from the ruling All Progressives Congress (APC) to the opposition Peoples Democratic Party (PDP) had announced today as the day for the event.

The announcement was contained in a statement from his presidential campaign committee last Sunday.
According to a letter signed by the Facility Manager of the Abuja International Conference Centre and Eagles Square, Usman Raji, the government said the decision to deny him the Eagle Square was to avoid disruption of “work flow” at the Federal Secretariat, a major hub of civil servants.
The letter was referenced in a statement by the Kwankwaso Campaign Organisation sent to by PRNigeria, a news agency.

The detailed content of the letter, dated August 27, was published by The New Nigerian news media
“We are sorry to inform you that the event can no longer hold on the said date because it is a political event and August 29, 2018, happens to be a work day, as it would disrupt the usual work flow of the federal secretariat.
“We apologise for the oversight on our part to note the date in relation to the nature of the event. We regret every inconvenience caused by this,” Raji said in the letter.

When contacted, the Minister of Federal Capital Territory (FCT), Alhaji Mohammed Bello, through his spokesperson, Abubakar Sani, declined comment.
He said questions should be referred to the management of Integrated Facility Management Services Limited, who denied Kwankwaso the use of the venue.
In its statement, however, the Kwankwaso Campaign Organisation said it “sees the development as a handiwork of the government in power, which will not see anything good in growing our fledgling democracy as no level playing field has been created to allow for viable opposition in the
country.

“Even at that, earlier Tuesday (yesterday) morning the Abuja International Conference and Eagle Square, managed by the Integrated Facility Management Services Limited refused us access to inspect the premises demanding us to present a police permit, when actual approval for the use of the Eagle Square has been sought and paid for more than one week to the said declaration.
“The above development will, in no way dampen our morale to go ahead with the declaration or chicken-out as it will only embolden us to legally pursue our fundamental right to freedom of movement and association.” It is not yet clear if Kwankwaso will proceed with the declaration as scheduled despite the permit refusal.
The senator’s spokesperson, Binta Sipikin, could not be reached at the time of this report as her phone was switched off.

Bayelsa: Thou Shall See the Land But Will Not Set Foot on It