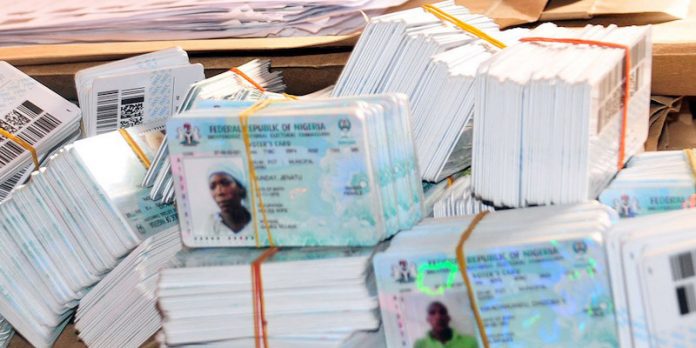 The Katsina State chapter of the Buhari Support Organisation (BSO) has urged the people of the state who have registered for their Permanent Voter Cards (PVCs) to visit their local government areas for onward collection in order to have the opportunity of re-electing President Muhammadu Buhari and the state Governor, Aminu Bello Masari, in 2019.

The state Coordinator of the organisation, Ibrahim Musa Kallah, who stated this in an interview with THISDAY yesterday said PVC is the power of the citizens to ensure continuity of the change which Nigerians are already witnessing by Buhari and Masari-led governments.

Kallah, however, lamented the failure of the enrolled persons to collect their PVCs, adding: “It is only with the PVC that one has the right to choose the right leaders to spearhead the affairs of the country in 2019.

“I have no doubt that Nigerians want President Buhari and Masari to continue beyond 2019, to be able to do that, they need to collect their PVCs to be able to vote them.

“President Buhari and Masari have done tremendously well in all sectors of human endeavours. So they deserve our votes in 2019. They have continued to defend the interest of the poor. Their efforts have made it easier for All Progressives Congress (APC) to clinch all elective positions in 2019.”

The Katsina State BSO leader said the landslide victory of Ahmed Babba-Kaita of the APC in the recently conducted by-election to fill the vacant Katsina North senatorial seat at the upper chamber was an expression of confidence in the party.