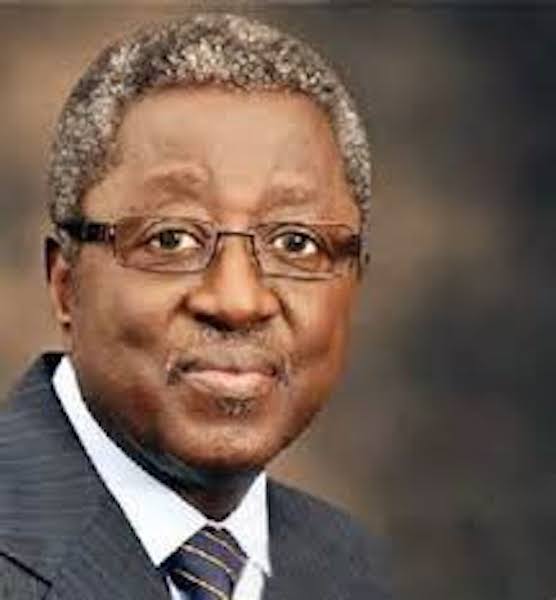 *Says it’s time for the Middle Belt to rule Nigeria

A former governor of Plateau State and senator representing Plateau North in the National Assembly, Jonah David Jang, on Tuesday declared his intention to run for presidency on the platform of the Peoples Democratic Party (PDP) in the 2019 general election, noting that the time has come for the Middle Belt region to rule Nigeria.

Submitting his letter of intention to the state chairman of the party, Chief Damishi Sango, in the presence of a mammoth crowd at the party’s secretariat in Jos, Jang observed that: “Our party, the PDP, has zoned the presidency to the North for the purpose of the 2019 elections. The Middle Belt is at the centre of the north, it is the glue of the north, the bridge of Nigeria, the guarantor of national unity and oneness, and has sustained the north over time. Sadly, however, this zone has yet to produce an elected president under our Constitution.

“There have been arguments in our party recently to the effect that the zone of the north with the highest number of registered voters should be given the presidential flag of the party. This is not the position of the party. It is only the opinion of some aspirants. The North-central and Middle Belt also have millions of registered voters who want the presidency this time around. We have supported others before. It is their turn now to also support us.”

Jang said that though the Middle Belt does not begrudge those zones that have benefitted repeatedly, it demands that in the spirit of one Nigeria, for the inclusion of minorities, for the purpose of fair play and equity, the Middle Belt should be given the chance and supported in 2019, adding: “The Middle Belt is a huge statement about the Nigerian diversity. I present myself as the face of the Middle Belt in this contest. I also urge the other parts of the north and the rest of Nigeria to support my candidature for these reasons.”

According to him, “Nigeria has increasingly become a deeply divided nation and the bases for our unity are being eroded.

“We face enormous security challenges emanating from the proliferation of small arms and light weapons, the increased wave of banditry leading to the annihilation of complete hitherto peaceful communities, armed communal clashes, religious fundamentalism, armed robbery, insurgency and unhindered kidnapping among others. The ideals of the founding fathers of this nation are getting farther away from the people.

“I have followed developments in this nation from its pre-colonial political life and the struggle of the founders of our democracy, to independence, and the giant strides made, as well as challenges that followed.

“The dreams of the founders of Nigeria were gigantic, the hopes were huge, but all of them were achievable. While we have come a long way, and we have made huge gains in different sectors, we have also suffered many distressing challenges in our nationhood. These distresses need not delay me here.”

The senator, who said he decided to join the race to restore Nigeria, added that the country urgently needs to bring back the founding dream, hope, aspirations and perceptions of greatness of Nigeria.

He said: “I believe in Nigeria as a great nation and in its oneness. I believe we can make it to the top ten nations of the world in no distant future. I have come to help position the country in that direction by purposeful leadership.”

Identifying restructuring as a major issue he intends to address as a president, Jang said: “Restructuring and reorganising Nigeria to the comfort of all Nigerians is a task I will face with commitment. If we have operated a system for 58 years and Nigerians are asking for a review of the structures, there is no need to delay it further.

“I will make peace and security a priority of my government and for the nation. To secure this country and its citizens is the primary function and purpose of government. We will give this nation security results, we will not give excuses or cover to any act of criminality and impunity, whatever the colour and creed of the criminals. We will end the cheapening of the lives of Nigerians. Gunmen will be known and traced to their roots, arrested and made to face the law. Nigerians will be proud of their country again.”

Representatives of his supporters from all the geopolitical zones across the country, who were given time to speak for the zones, declared their unalloyed support for his ambition, after which the Muslims and Christians offered prayers for him to succeed.