Successive administrations in Nigeria have developed various incentives and guarantees to attract foreign investment into the country to stimulate growth and strengthen the economy.

It was to this end that the Nigerian Free Zones were set up, primarily to attract foreign investment in the country by offering incentives and conducive business environment.

The aim was to promote the growth of production companies and local service providers for both export and the local market.

The export processing zones (EPZs) or free zones (FZs) are designated areas where businesses are exempt from customs duty, tax and other statutory levies.

The objectives of these incentives, which are in perpetuity, are to boost exports, create jobs and diversify the Nigerian economy by bringing in new investments.

In the oil and gas sector, there is the Oil and Gas Export Free Zone (OGEFZ), at Onne Port in Port Harcourt, Rivers State.

Also, the Lagos Deep Offshore Logistics Base (LADOL), which is a custom-built logistics base, is a free zone in Lagos set up primarily to provide offshore logistics, engineering and other support services for both the ICT sector, maritime and oil and gas industry.

The essential feature of free zones is that investors operating in the zones pay only token as administrative charges to maintain the zones.

THISDAY gathered that it is only when goods are leaving the free zones that Section 17 of the  NigerianExport Processing Zone Authority (NEPZA) Act provides that such goods shall attract the same customs requirements as would apply to goods imported from another country, unless expressly otherwise stated in the Act.

Goods in free zones are treated by law as if they are not in Nigeria because they don’t pay levies, tax and other charges stipulated by law that companies in Nigeria should pay.

When they are leaving the free zones, they are treated as if they are coming into Nigeria from another country. Nigeria, in the NEPZA Act, is referred to as the Customs Territory.

Section 12 (7) of the NEPZA Act specifies duties payable on goods leaving the free zones to the customs territory.

The section provides that where goods dutiable upon entry into the customs territory are sent from the Free Trade Zone, they would be subject to the Customs, Excise, Tariffs and other duties.

This section of the Consolidation Act is in tandem with Section 36 (3) (d) of the Lagos Deep Offshore Base (LADOL) regulations.

What this means is that goods leaving the free trade zone into the Customs Territory are subject to the same charges as if they were coming into Nigeria from another country.

But when the goods are still inside the free zones, they are exempt from all levies, tax and charges, except minor administrative charges designed to maintain the zones.

In fact, Sections 8 and 18 (1) of NEPZA Act provides that investors operating within free zones are entitled to various incentives, including but not limited to taxes, levies, duties, foreign exchange regulations, as well as import and export licences.

However, recent developments have shown that the management of some of these free zones formulatepolices that are unfriendly, thus scaring investors and defeating the purpose of the initiative.

The present administration of President Muhammadu Buhari has actively engaged in foreign investment drive with significant strides being achieved by Vice President Osinbajo, leading to Nigeria moving up by 24 places to the 145th position out of 190 countries on the World Bank’s 2018 Report on the Ease of Doing Business.

But despite government’s efforts, some of the managements of the free zones are alleged to have continued to engage in sharp practices that undermine the efforts of Buhari’s administration.

For instance, some of the international oil companies (IOCs) operating in the country have reportedly accused LADOL  of creating hostile operating environment for investors doing business in the free zone.

The allegation led to the recent visit of Vice President Osinbajo to LADOL to reassure investors of the determination of President Buhari’s commitment to provide incentives and assurances.

LADOL and its subsidiary company, Global Resources Free Zone Management Company (GRMFZC), have been at the centre of allegations of imposition of illegal charges on both foreign and local investors in its zone.

There was the allegation of a piping company, which invested over $30 million in the zone to set up its factory in the free zone but was denied the renewal of its operating licence in the zone.

Also, the multi-million dollar fabrication and integration facilities built in the free zone is also under threat because LADOL refused to renew the operating licence.

The integration and fabrication facility known as SHI-MCI FZE is used for the fabrication and integration of the $3.3 billion Egina Floating Production Storage Offloading (FPSO) unit built by SHI.

SHI invested over $300 million to build the facility in LADOL and carry out the first ever FPSO integration in Africa.

The facility has created over 2,200 direct jobs and positioned Nigeria as the hub for fabrication and integration activities around the continent.

But the alleged prohibitive land charges and high cost of operations imposed by LADOL in the zone are threatening the viability of the project.

The controversy necessitated the Vice President’s visit to the free zone last week to reassure investors that this administration is truly committed to providing enabling environment to guarantee huge returns on investments.

However, the crisis has persisted as LADOL is said to have refused to renew the operating licence of the Korean firm, which operates in the free zone as SHI-MCI Fze.

The Korean firm owns 70 per cent stake in the SHI-MCI Fze, while the offshore logistics provider owns 30 per cent.

Under the NEPZA regulations, the licence should be renewed yearly on the payment of certain fees by licenced enterprise.

THISDAY gathered that LADOL had demanded payment of one per cent charge as Free on Board (FOB) levy on the $3.3 billion FPSO, which amounted to $33 million, but was resisted by Total, which owns the FPSO and SHI, which is the contractor because the demand for FOB on the asset was not supported by any law in Nigeria.

“The SHI-MCI Fze assets are fixed and immovable. So, it is clear that LADOL is trying to take over these assets by frustrating Samsung’s operation out of the zone,” said an official of one of the IOCs, who spoke off the record.

“It is quite worrisome that a developer would encourage foreign investment into the Zone at a high business cost and after an investor had made decision to set up on the zone and has sunk in significant/substantial/huge foreign investment in the zone, and developed it to a stage of self-sustenance, it would be deprived of its investment,” the official added.

A source close to LADOL told THISDAY at the weekend that the Korean firm has already dragged the company to court over the non-renewal of its operating licence.

He confirmed that the pipe coating company was denied renewal licence because it is indebted to the company.

“If it pays the debt, the licence will be renewed,” he added.

Also reacting to the issue of allegation of imposition of illegal charges and levies, including the $33 million FOB charge on the Egina FPSO, the Managing Director of LADOL, Dr. Amy Jadesimi said in a statement, which was later published as advertorials in some national dailies that companies must meet certain criteria to operate within a Free Zone.

“These criteria include compliance with zone regulations on employment and working conditions, as well as obeying free zone rules and the laws of the Federal Republic of Nigeria.

“Free Zones in Nigeria offer investors a peaceful, safe, and cost-effective environment, with minimal bureaucracy. By design, the benefits foreign companies enjoy far outweigh the statutory charges levied by the Free Zone Management and Authority. The charges are known and required to maintain the zones and the Free Zone Scheme.

” Operating in LADOL under the federal government’s ‘Ease of doing Business’  regimeresults in real local content, which in turn means real cost savings for the companies operating in the Free Zone and the creation of thousands of jobs for Nigerians,” she explained.

To curb the challenges facing investors in the free zones, the federal government should entrench a regime of transparency in the management of these zones.

The government should also check the foreign investors operating in the zones to ensure that they comply with the country’s laws.

Also, the proven cases where the management of the free zones are found to have connived with some of the regulators to impose illegal charges and extort foreign investors should be investigated by the federal government to avoid a bad image for the country. 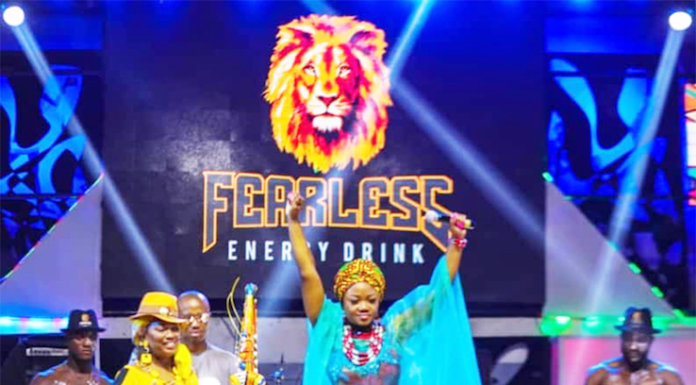