The Bayelsa State Government has temporarily shut down its television station to ensure safety of flights into the state-owned international airport billed for inauguration at the end of this month.

It was learnt wednesday that the mast used by the Niger Delta Television (NDtv) is being reduced to about 300 feet to pave way for the commencement of test flights operations into the airport.

Without the reduction of the mast, the state government said, flights cannot operate, as the television station is located at the gateway of the airport.

The state Commissioner for Information and Orientation, Daniel Iworiso-Markson, who visited the area to inspect the ongoing work on the station mast, explained that due to its importance, the government decided to temporarily suspend the operations of the NDtv.

He apologised to the station viewers, and described the ongoing work as highly technical, noting that the technical team had been instructed to ensure that the deadline for the completion of the work is met.

“The mast from the report I got from the team of engineers, who are working on it is that at the end of this month, it will come down to 300 feet.

“Hopefully, there will be test flights at the airport so that airplane can land. The mast at that time will not constitute any kind of obstruction, as we hope and believe that the engineers will not fail us as promised.
“We have to evacuate the staff of NDtv given the danger it poses to our workers. It is part of our pro-activeness to ensure that we do everything to safeguard the lives of people especially workers there,” he said.

He added that the safety of the staff working in the station was paramount, maintaining it was the reason they were asked to leave.

Head of the Technical Team, Mr. Solomon Wongle, assured them that the team would do everything to meet the time frame, explaining that his men had employed all safety measures in the course of the work.

How Olalekan Adebiyi is Running the Biggest Indigenous Construction Company

editor - October 24, 2020 3:25 am
44
PENDULUM BY DELE MOMODU Fellow Nigerians, it is difficult to imagine the amount of mayhem that visited Lagos this week. Let me just put it... 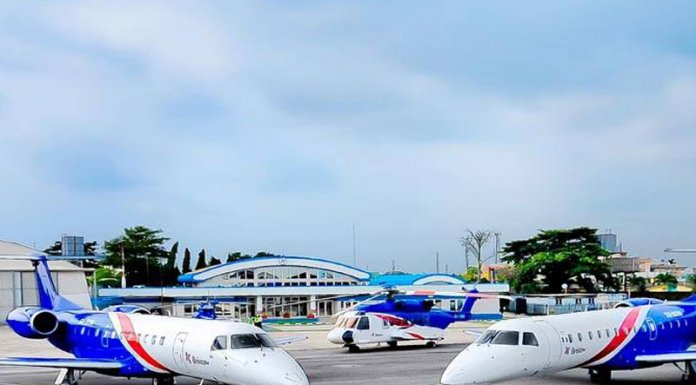