The old students association of Adeola Odutola College in Ijebu-Ode, Ogun State, at their recent annual dinner, mapped out plans to restore the glory of their alma mater by raising the much-needed funds to improve the school’s infrastructure. Femi Ogbonnikan reports

Nowadays, it is generally believed that the standard of education has fallen drastically. This is as a result of the crop of graduates, that are half-baked, being churned out by various higher institution of learnings in the country on a yearly basis.

But to Akin Mabogunje, the takeover of private secondary schools by the states government has done a lot of bad rather than good, a development which has to a large extent, contributed the more to the falling standard of education.

Speaking at the Adeola Odutola College Old Students Association (AOCOSA) 2018 Day held at Adeola Odutola Events Centre, Folagbade/Degun Street, Ijebu-Ode, Ogun State, on saturday, July 14, 2018, the chairman of the occasion, Mabogunje, said that the takeover of the Adeola Odutola College by the state government has marked a departure from the original visions of its founder, late Chief Timothy Adeola Odutola, which was founded on the hallmark of the mission to nurture its students to greater heights, with the fear of God and a better society.

According to him, “the takeover of the school by the state government hasn’t helped to nurture well for its progress. It was a college established to nurture its students for great and make them better in the society.
“No wonder at its formative stage, instead of finding the motto of the school in Latin words Chief Timothy Adeola Odutola chose to go by his Yoruba dialect to coin it, “atan ko ko ile kile”, meaning that the refuse doesn’t reject any refuse.

Mabogunje, who was the former Dean, Faculty of Social Sciences, University of Ibadan, Oyo State, went on to congratulate the old students of the college. He said, “it is only the beginning and AOCOSA will bring more of the old students to together to help bring about the vision of the founder of the school.

“Throughout his career, Chief Odutola’s activities have been marked by an aura of selflessness and the desire to share the fruits of his good fortune with as many members of the national family as possible. It is in this spirit that it could be understood his almost single-handed establishment in 1945 of a Secondary Commercial School and a Secondary Grammar School (known as Olu-Iwa College), although both have now been merged to become a Comprehensive (Co-educational) High School known as Adeola Odutola College in Ijebu-Ode, nursed by him through its most difficult period of growth and educational experimentation.”

Meanwhile, National President, AOCOSA, Prof Akin Osibogun, in his address, adduced reasons for the establishment of the old association, which he premised on the need to strengthen the bond among old students and also in recognition of the fact that the work at hand is never ending.

Osibogun, a former Chief Medical Director (CMD), Lagos University Teaching Hospital (LUTH), Idi-Araba, Lagos, noted that members of the association have been joining hands with other stakeholders to ensure that there is a conducive learning environment in the school, so that it will continue to contribute to human capital development of the communities within Nigeria and the world at large.

He said, “we, in the Adeola Odutola College Old Students Association, therefore, continuously pay tribute to the foresight and vision of the school’s founder and we commit ourselves to ensuring that his legacy remains ensuring. Chief Timothy Adeola Odutola lives on in this and other legacies he left behind.”

He went on to urge the Ogun State Government and friends to join hands with the National Executive Council of the association in executing new projects in the school and in maintaining the high standards envisioned by the founder of the college.

Guest lecturer of the day at the 2018 alumni, and award and fund raising dinner, Otunba Bimbo Ashiru, who is an alumnus of the school and the current Ogun State Commissioner for Commerce and Industry, spoke on the theme: “beyond formal education: the role of vocational education in the economic growth of Nigeria”.

According to Ashiru, “for the last seven years, I have served as the Commissioner for Commerce and Industry in Ogun State under the current administration led by His Excellency, Sen Ibikunle Amosun. During this period I have come to discover that one of the key constraints faced by industrialists is getting skilled workforce. Some either have to rely on bringing in expatriates for knowledge transfer mainly in technical areas over a number of years, while others set aside a sizeable budget to orientate and train new hires in order to equip them with relevant technical skills.

Ashiru, who is an Ogun State Governorship aspirant on APC platform in the upcoming 2019 general elections, said that the role of education in the economic and political development of any nation is dependent on both formal and informal educational system that produces the personnel required to function in various facets of both national and individual development particularly in the industrial revolution that is ongoing in Ogun State.

“On the other hand, as a commissioner, I am inundated with calls, emails and personal visits from people seeking employment for themselves, their children or wards. It is a amazing how 21st century parents invest so much on their children’s education with the hope that they will become self-sustained upon graduation. Unfortunately, modern day parental obligation has now been extended behind formal education to securing employment for your child. As a matter of fact, I was compelled to add up that to the responsibility of one of my team members in the office.

By and large, he added that behind formal education, it is an indispensable element of which no society can ever develop without education.

“This means that education can be acquired through other forms and one of such forms is the non-formal setting and formal instituting established by the government. If formal education programmes are properly planned and implemented through established centres and institutions that are adequately equipped with facilities and resource personnel, it has the capacity to equip and produce the required manpower skill meant for personal socio-economic sustenance which in turn will enhance national development.

“Any developing nation that wants to shake off its syndrome of poverty, insecurity, unemployment and other social ills, must embrace and institutionalize ‘skill acquisition’ in various fields, both within the private and public sector as the vehicle through which individuals can become economically independent. Skill acquisition is knowledge and training in the area of using intellectual thinking and skillful manipulations of instruments and equipment to produce functional designs and products”, said Ashiru.

To meet up with the demands, he, however, proferred vocational and technical education as the solution.
But he noted that the investment in vocational and technical education has been impeded mainly due to the fact that the implementation of it has been fraught with many problems, such as negative perception, paucity of educators, lack of opportunity, inadequate teaching facilities, lack of electricity and other consumable practical materials, lack of funds, curriculum and pedagogy and lack of entrepreneurial skill.

But with his benefit of hindsight, Ashiru suggested the need for improved educational policy, curriculum review, establishment of specialised universities and adequate funding.

“Currently, in Ogun State, we have a total of eight technical colleges spread across the three senatorial districts of the state. Enrolment into these technical colleges had increased as facilities in these schools have also improved. Teachers are exposed to training in the industry to familiarise them with modern equipment and tools.

“There is no doubt that skills acquisition has helped employees by providing the competence required for job performance. Over the past two years, a large number of businesses have closed shops with some moving out of Nigeria to even the neighbouring countries, such as Ghana. Although this can be attributed to a number of reasons, and some of which include: lack of infrastructure, high foreign exchange risk with one dollar currently at over N350; high rate of insecurity on some regions of the country and policy instability and poor political will”, said Ashiru. 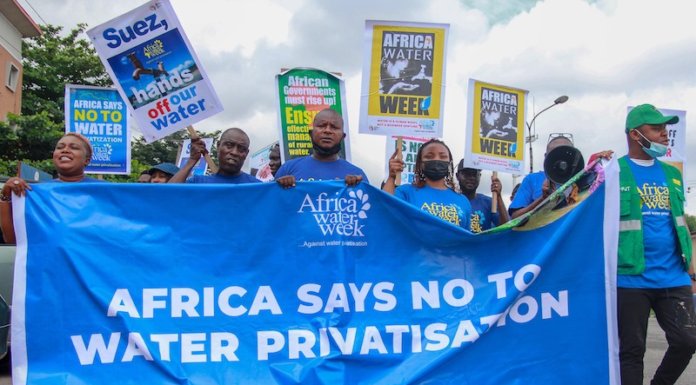